Vladivostok, Russia is known for its refurbished military-related facilities and fortresses. This time, we’ll be reporting on the ” Memorial Submarine S-56 Museum ” a converted submarine!

The submarine is said to have been manufactured by the former Soviet Union during the Pacific War and used in many battles.

*Also, there are places where the submarine’s name is written as “C-56” but this is not C but S in Cyrillic. In this article, it is written as S-56 in English.

A 77m submarine enters a museum

The submarine S -56 Military History Museum is here. It is located along Golden Horn Bay near the central square. 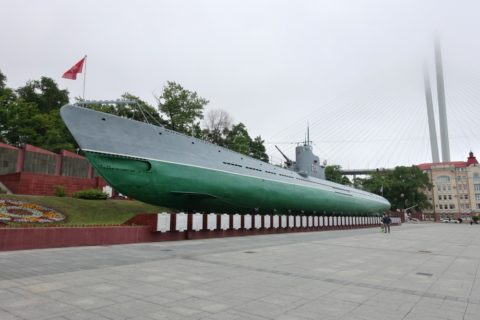 A long green submarine placed in front of Skver Admiral’skiy park. According to the official website, it is 77.8 meters long and 6.43 meters wide, and can carry up to 45 crew members.

A number of submarines of the same type were built between the 1930 s and 40 s, but the one used in the museum was built in 1936 in a shipyard in Leningrad (present day Saint Petersburg). 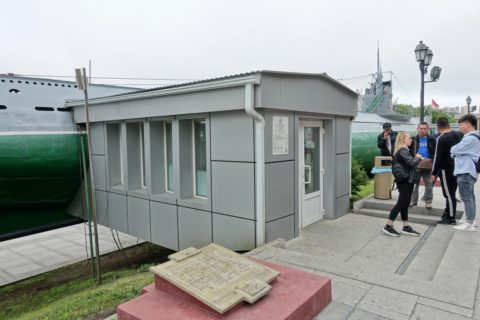 The entrance to the museum is on the park side. The submarine has 2 such prefabricated huts, with the entrance on the left (the rear of a submarine) and the exit on the right (the direction of the bow). 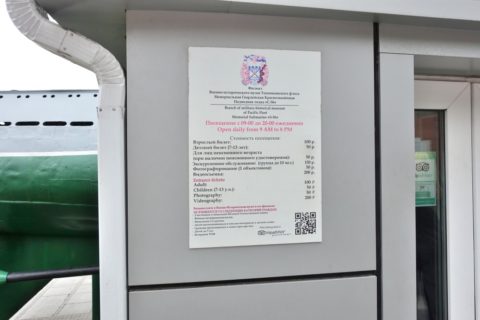 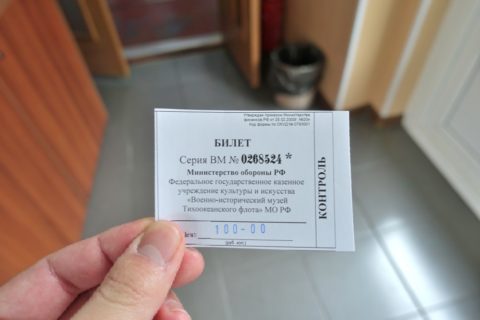 I didn’t check if I could use my credit card, but I couldn’t find the reader, so it’s probably impossible …? 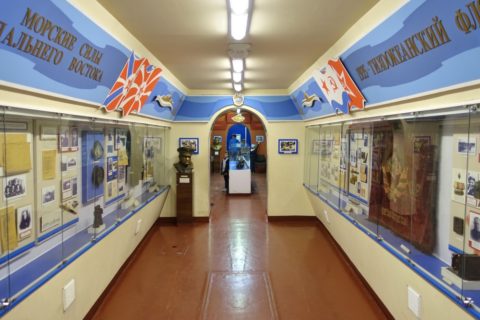 Let’s go inside the submarine! The first area shows the history of the unit’s activities since the creation of the Russian submarine fleet, as well as numerous awards received by the crew.

I heard that this museum is divided into 7 areas, but the tour conductor is straight. 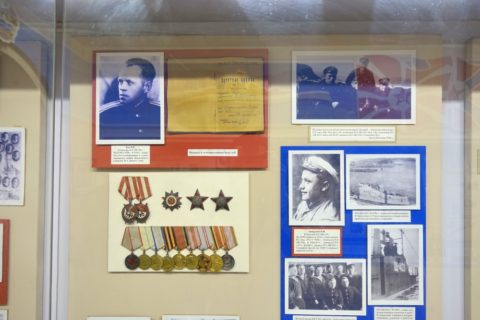 According to the documents, the submarine was primarily involved in military missions in the Arctic during the war, winning 14 victories and receiving numerous Soviet awards.

For Japan, the defeated country, it is a negative Pacific War, but for Russia, it may be a symbol of glory. 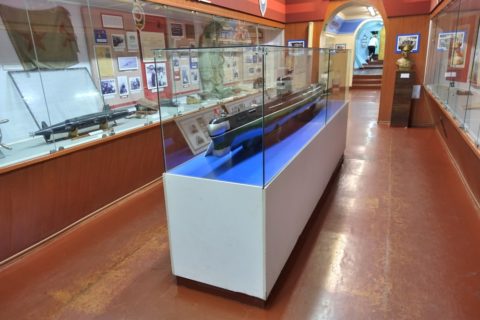 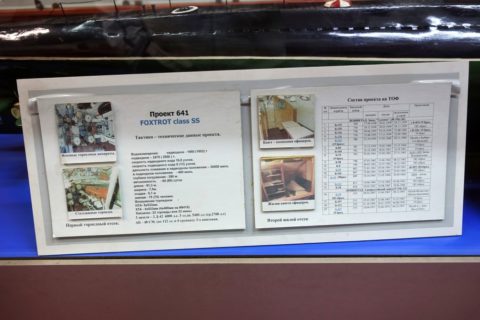 In the following area, documents and models related to the submarine will be exhibited. It contains detailed data, but it’s only in Russian, so it’s all Greek to me …

The second half is quite interesting! 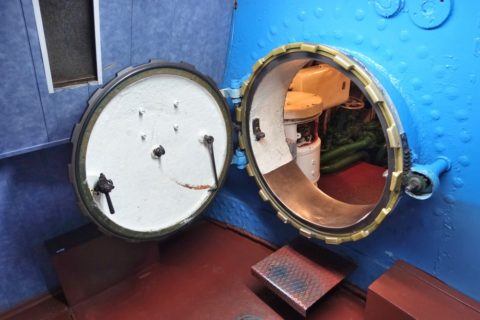 It was a very boring first half with only military materials on display, but the view changed from the middle! In the second half, the main control room of the submarine, the crew’s night watch room and the commander’s room are preserved and exhibited, and each area is connected by this small hole.

It feels like a submarine! This area is good for exciting adventure! 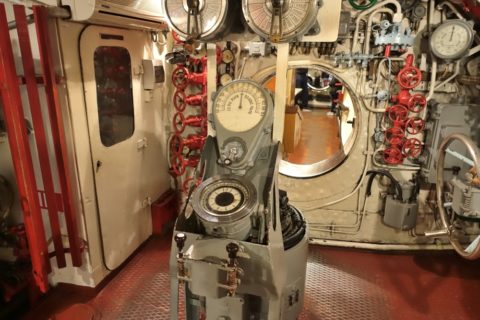 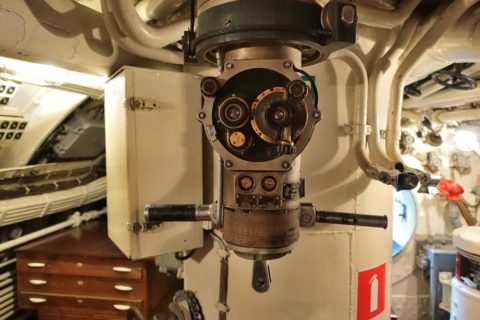 If you go ahead through the hole, there is a main control room first, and then there is a room for a commander. It’s nice to be able to touch the real thing with a full vertical stick and meters. 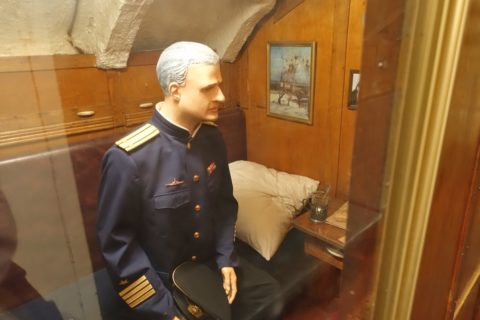 You can’t enter the commander’s room, but you can see inside through the glass. Although he is a commander, it is a very small room in a small submarine. It is smaller than the first class car of the Siberian Railway. 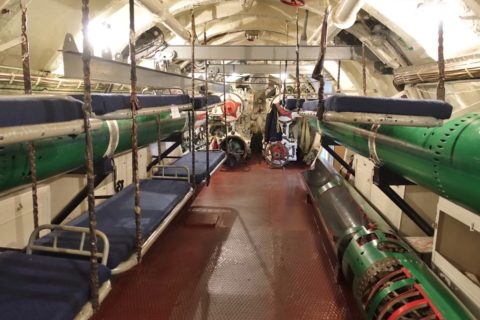 and beyond that was the room of the crew’s bed. This looks like a second class berth. 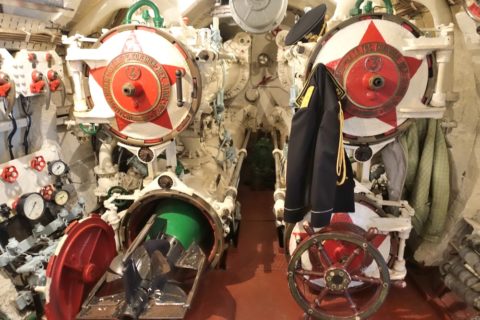 At the top of the submarine, a torpedo tube, which is believed to have been actually used, remains intact. Is this green torpedo real …? I think the gunpowder has been removed, but it is quite heavy and real!

You should enter when there are no group guests! 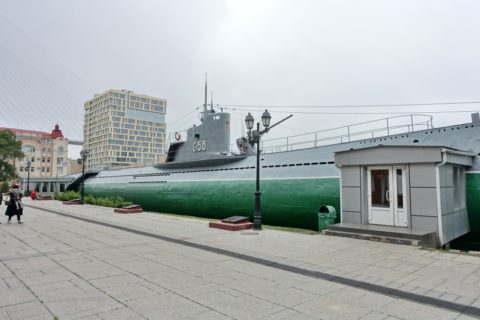 That’s why the Memorial Submarine S-56 Museum, where you can see the inside of a real submarine, is so small that if the number of people increases even a little, you can’t move.

According to the reviews, there are sometimes groups of tourists, so I recommend you to enter the museum at the right time!

When I arrived in Vladivostok, Russia, I walked through th...