After arriving at T1 at Singapore Changi Airport using JAL, there is a money exchange and ATM corner just outside the restricted area, and I can cash Singapore dollars at ATM using my credit card here. I was able to get cash at a much better rate than exchanging at Japanese airports.

Credit cards are increasingly accepted in many countries around the world, so it is common to only exchange small amounts of cash, but I would like to examine what is the most economical way to obtain such small amounts of Singapore dollar cash.

Degree of acceptance of credit card in Singapore sightseeing

By the way, when I travel abroad, I don’t have to prepare much cash because credit cards are accepted in any country these days. Not only big cities like Paris, but also emerging cities like Kuala Lumpur, Ho Chi Minh City, Vietnam, etc. Is Japan the only country that is so cash-based? 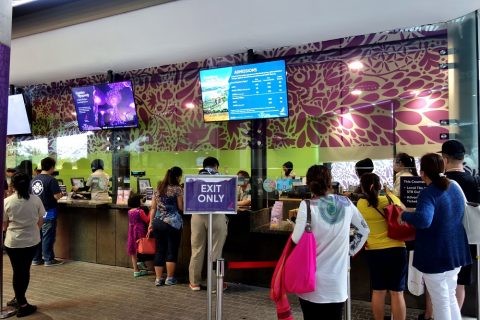 Singapore also has a high level of acceptance of credit cards. When I actually stayed there, I was able to use it without any problems at the ticket office, restaurants, and other tourist spots, and even at the seemingly unusable Hawker’s, they handled it in many places.

You can use it at the ticket vending machine of MRT, and you don’t need to tip unless you stay at a very expensive hotel, but some local hotels refuse it, so for this stay, you need about 10 ~ 30 dollars in cash for 1 day sightseeing. In order not to be in trouble in such a situation, I think it’s better to prepare cash just in case.

Well, there are several ways to exchange money into Singapore dollars, but I used ATM cashing. It’s right outside the baggage claim area after you get off the plane at JAL terminal 1 at Changi Airport. 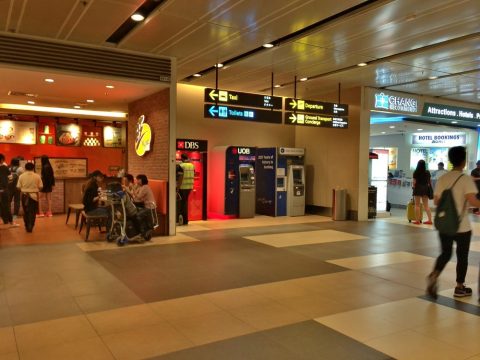 It is located in the middle of the two exits that go through customs and through the restricted area, and there is a fast food restaurant next door. I use a red machine with “DBS” on it among the 3 machines lined up, but there are many of these ATMs in Singapore, so I think it’s okay to just exchange small amounts here. 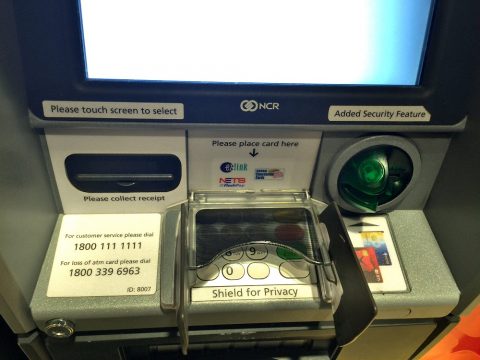 Insert your credit card in the green part on the right and operate the screen in the following order.

If you specify more than 50 dollars, there was a fear that 50 dollar bills, which are large bills, would come out, so I initially specified 45 dollars, but I couldn’t exchange it because of an error. Next, I specified $20 and I was able to exchange it, so it doesn’t seem to work with a $5 bill. This time I exchanged 60 dollars in 2 installments.

I used the Rakuten card I got from Hapitas to exchange money. I exchanged 60 dollars for 4,880 yen. If you add the annual interest rate of revolving payments, it’s 5,000 yen exactly. 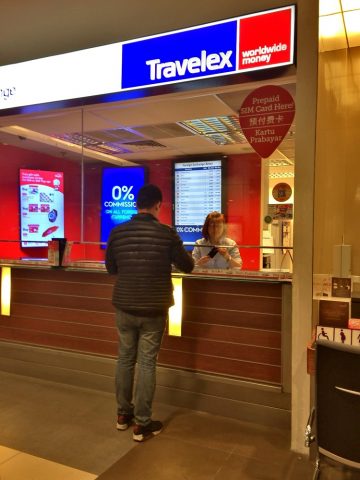 Even so, the exchange counter at Changi Airport is so cheap. …。 Small amount of exchange may be cheaper than ATM cash. 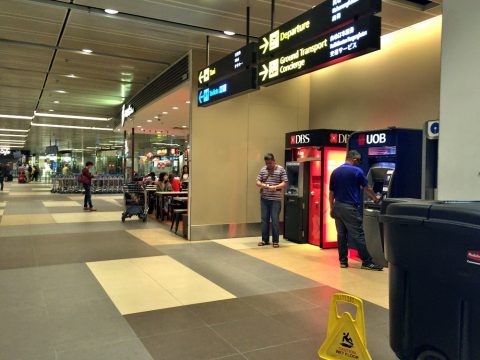 In addition to the $60 I exchanged at this ATM, the $30 I brought from Japan, totaling $90, disappeared almost completely after 3 and a half days of stay, so I realized that I still need some cash. That said, you should keep in mind that there is no need to prepare in advance at Japanese airports, as there is a way to exchange money for such a good deal right outside the restricted area of the airport.