I made a stopover in Singapore in transit, but this time I decided to stay 1 night and go sightseeing with a tight schedule of 23 hours stay!

Singapore Changi Airport is reborn as a hot airport with the opening of the new facility “Jewel”. How much fun can you enjoy in less than 24 hours of transit? I’d like to examine it.

This time I will stay in Singapore for exactly 23 hours from the time I arrive at ANA at 0: 25 to the time I board the (Turquish Airlines) that departs from ANA at 23: 25 p.m. to Istanbul. It is the schedule just in time for the transfer, which is set as “Within 24 hours”.

In the case of ANA special ticket, there is a rule of “Stop over for more than 24 hours is limited to 2 times in all steps.”, and by doing so, you can stay for 1 night without consuming the stopover. 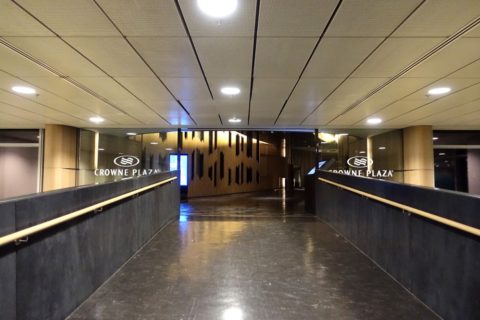 After checking in and picking up my luggage, I immediately went to my hotel! This time I arrived late at night, so I thought it would be expensive to take a taxi to the city, so I stayed at Crowne Plaza Changi Airport which is directly connected to the airport.

It is in a great location where you can check in only 30 minutes after arriving at Singapore! However, even though it is a 5 star hotel, I am a little puzzled about the facilities. …。

I would like to report about this hotel separately. 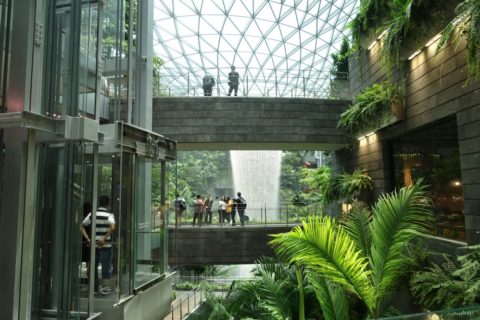 When I left my luggage at the hotel the next day, I first went to “Jewel” in Changi International Airport! It’s a new facility that just opened this year in an area surrounded by three terminals, T1 to T3, but you can see a huge population waterfall like no other! In addition to being lit up at night, there is also a fountain show with music that is held at regular intervals, so if you don’t have time, it is recommended to visit at night first!

I would like to tell you more about this Jewel. At Changi Airport, there are various restaurants including the new facility Jewel, but this time, you can enjoy a slightly different original Nasirema at the restaurant called Colonial Club on the departure floor of Terminal 3.

I came here because I was attracted by the pictures on the internet, but the taste was surprisingly decent? After lunch, we moved to the city center using MRT. I stayed at Gardens by the Bay and visited “supertree” which I had not been there before!

MRT is a local train, so it takes time. It took about 2 hours to get to and from the airport this time, so if you prioritize the time, taking a taxi might be the right way. 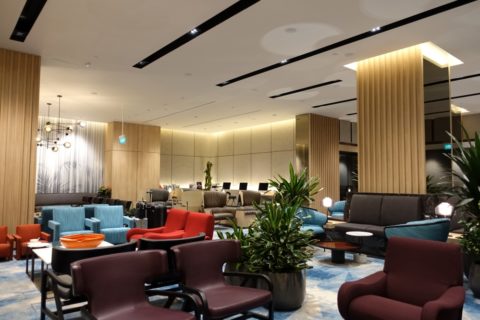 When you return to the airport from the city, you can relax after taking a shower in the lounge! Singapore’s Changi International Airport has plenty of early check-in counters, so you can check in earlier than three hours in advance and enter the lounge.

This time, I used the lounge in the newly built Jewel, and I could relax in the stylish space! More in a separate post.

You can fully enjoy Singapore in a short time! 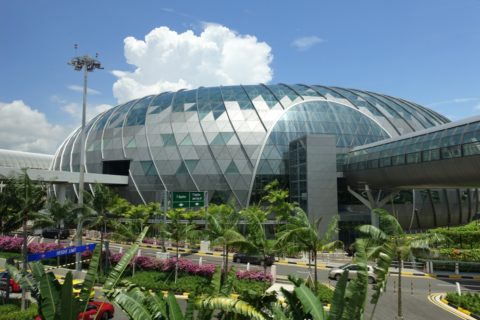 So, I could enjoy various things even in a short time, visiting Singapore without stopping over! In particular, Jewel at Changi Airport has various attractions besides shops and restaurants, so you can play all day long.