Shah Alam is a city outside Kuala Lumpur, Malaysia. This time, I would like to explain how to get to Shah Alam, where the Blue Mosque is located, and how to get there by bus “Blue Mosque”.

Shah Alam (Shah Alam) is one of the cities near Kuala Lumpur, Malaysia. It is located about 20 km west of the center of KL. Even though it’s a suburb, when I walk around the town, there are many skyscrapers, and I’m surprised at how modern it is! The sidewalk is clean and easy to walk on, and there are fewer people than KL, so the good point is that it can be bumpy. However, there are few places to play and shop, and the only large shopping center in the city center is the SACC Mall. I was a little worried because there were few people and it was quiet, but when I went in, the atmosphere was not bad and the restaurant area was substantial.

There is also a toilet, so I think it would be convenient as a base for Shah Alam sightseeing. The main attraction of Shaaram is the Blue Mosque. It is one of the five largest mosques in the world and has many Japanese tourists. I’ll report on this in the next article. Well, Shah Alam can be accessed in 2 ways, one from Shah Alam train station (KTM Commuter). This is convenient because you can go directly from KL Central Station, but it takes more than 30 minutes to walk to the downtown area and the Blue Mosque because you are heading towards the residential area in the south of the city. 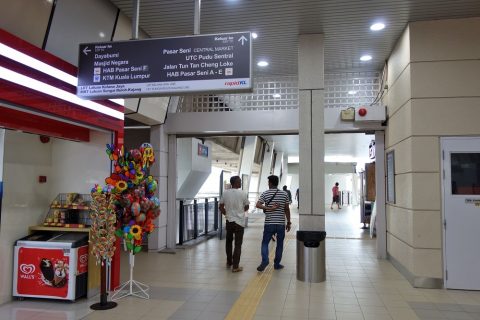 I recommend taking a bus there. There is a bus terminal at Pasar Seni, 1 stop from KL Central on the Kuranajaya Line, from which bus number 750 takes you directly to the centre of Shah Alam. 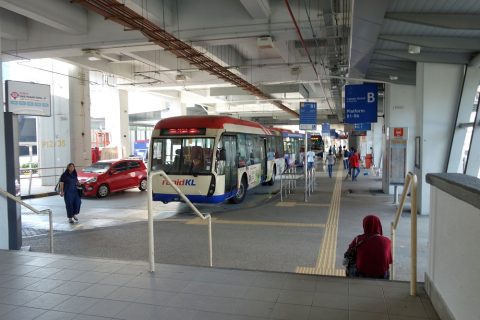 Bus number 750 departs from platform B -6 (It may change in the future, so please check it.). The bus is more beautiful than I thought, so I feel relieved! 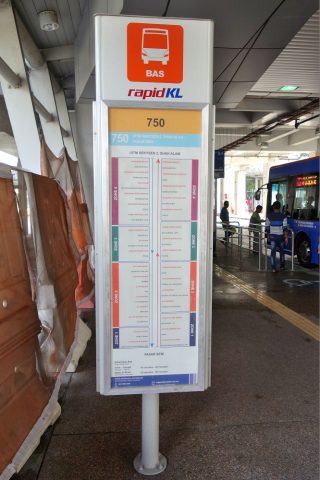 A photograph of the driver’s face is posted on the bus. If you write it down, it will be safe in case of trouble.

How to ride the bus and the fare 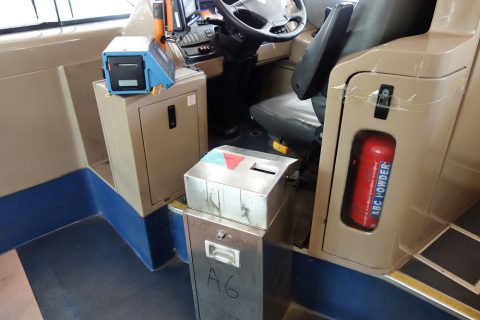 Get on the bus at the front and get off at the back. When you put money in the fare box, the driver issues the ticket with the machine at hand. It is OK if you receive it. 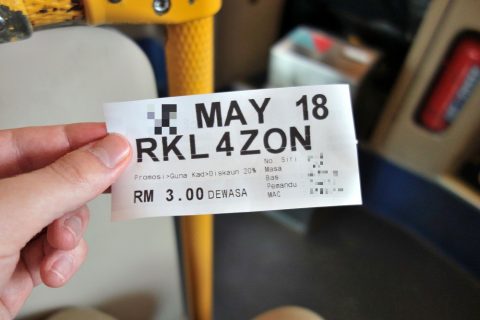 The notation “4ZON” probably means ZONE 4 and the fare may vary depending on the destination ZONE, but looking at the local people, there were some people who paid without telling the destination, so I am not sure …。 It also supports IC cards (Rapid KL), and you touch the reader when you get on and get off.

Get off at Shah Alam bus terminal It takes about 40 minutes to Shaaram. There is no announcement in the car, and you need to press the stop button in front of the bus stop you get off. Shah Alam is not the last stop, not everyone gets off, so if you’re not careful, you might miss your stop. This time, the driver was kind enough to know that I was going to the Blue Mosque, so he showed me the way to the station where I got off and the direction of the mosque by gesture! To get this kind of service, I recommend you to sit in the front seat where you can talk to the driver. 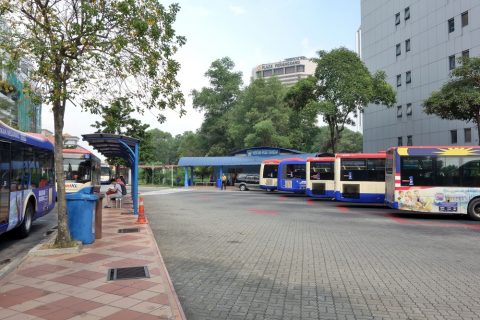 Arrive at Shah Alam bus terminal! When you go back, you take a bus from where you get off, but there is no indication of the departure platform at this bus terminal, so you should remember where you got off. 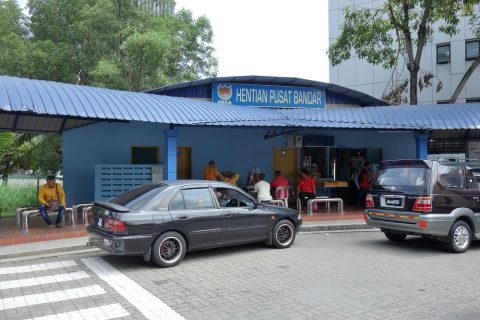 There is a small shop and toilet in the bus terminal. Don’t expect too much hygiene at ….

The bus terminal in Shaaram is located here. So, next time, I will go inside the Blue Mosque which is within walking distance from here! I will report on the sightseeing procedure.

I will take the KLIA Express to KL Central Station and the...

Speaking of Malaysia, there are food stalls and Malaysian ...

In Kuala Lumpur, Malaysia, I got on the newly opened MRT! ...

Touchn-go cards are convenient to use on trains in Kuala L...

When I arrived at KL Central in Kuala Lumpur, there was no...

After arriving in Kuala Lumpur, Malaysia, I went to "Old C...

At the foot of the "Petronas Twin Towers" mentioned in yes...