From yesterday’s article, we’re reporting on the opera “Bastille” in Paris, France. This time I will watch LA TRAVIATA (Tsubaki hime) in the audience and report on the social scene during the break.

a large hall with a modern and sophisticated design 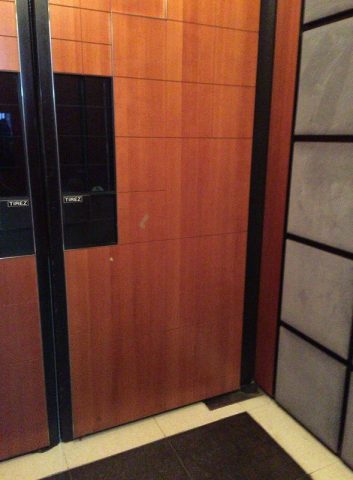 Then I will sneak into the audience seats. The new wood-grain door is more like a concert hall than an opera house. 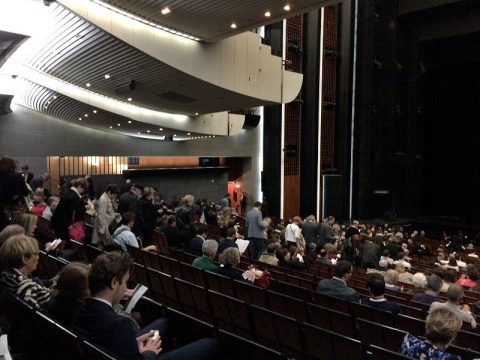 When you enter the hall, you will see a huge hall! I never imagined there would be such a modern opera house in Europe with black seats and concrete walls. 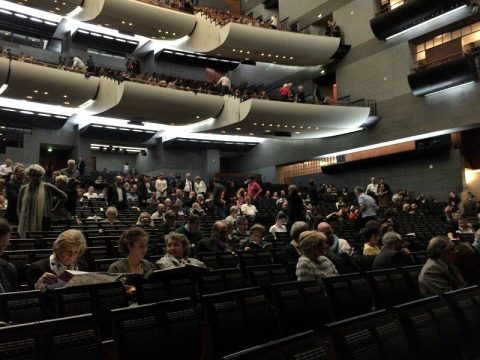 When you look up from the front, the overhang of the upper floor seems to stand out more. The capacity is about double, but I feel it is somewhat similar to International Forum A in Tokyo. 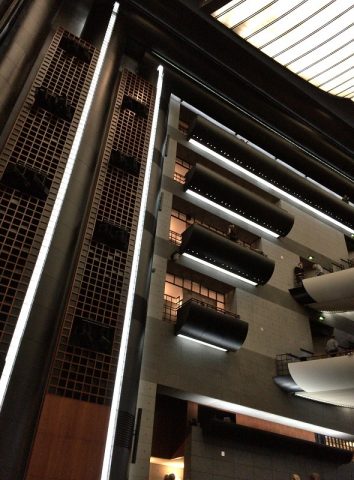 The design on both sides is very nice. There are 4 levels of balcony seats, so those who don’t like heights should avoid it. …。 But when I looked carefully at the 2nd balcony seat from the bottom, I found a woman sitting on the handrail! Aren’t you afraid?

“S ” is an unexpected auxiliary seat … 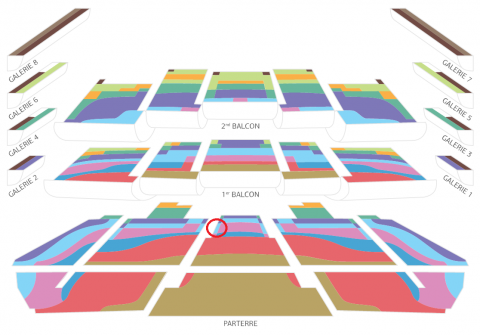 The capacity of the Bastille Opera is 2703. This is an extra-large hall that has 30% more seats than the 2167 seats of the luxurious Garnier Opera House in Paris. The seat I booked this time was the red circle seat on the seat map. 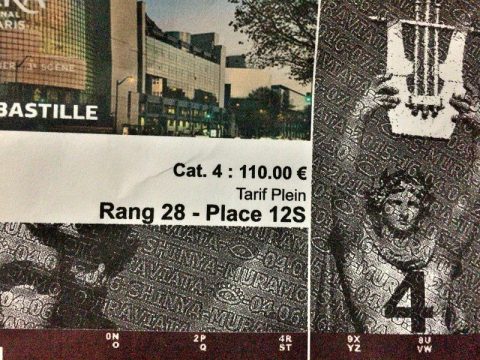 This is a good seat of category 4 (light blue) in spite of the fact that the surrounding area is category 3 (pink) and the aisle side is easy to move! I didn’t doubt it, but … 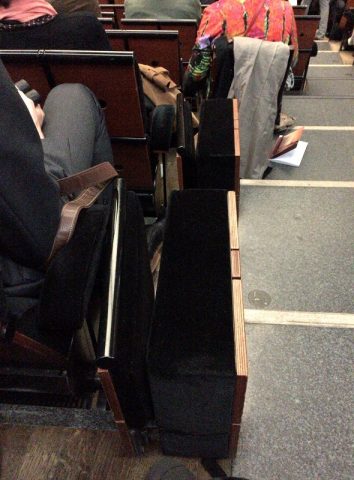 Surprisingly, this was an auxiliary seat! It has a simple folding design. Moreover, it is hard to get a seat before the performance starts or during a break because other people come in and out. As you can see from …。 MAP, all the aisle seats behind the 1st floor seats are like this. 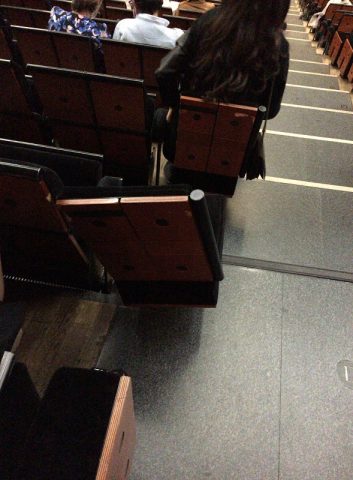 This auxiliary seat is unstable because if you raise your waist a little, it will fall sideways. Also, the width of the seat is narrow, so it doesn’t fit well. 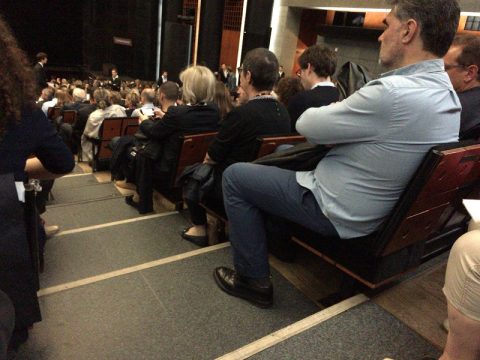 Looking around, everyone’s body comes out from the width of the chair. However, the seats are higher than ordinary seats and there is a difference in level compared to the seats next to each other, so interference with the people next to them is limited. However, the seat is tilted forward a little, and I get tired because of the load on my feet. 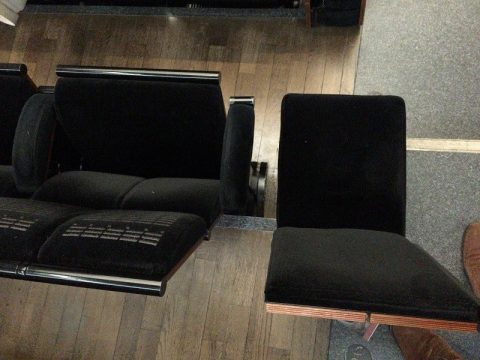 As you can see from the sign on the ticket, the seat with “S” on the seat number is an auxiliary seat, so it’s a loss if you don’t check it carefully when you make a reservation from the Opera House HP. It is 1 level cheaper than the seats around here, but it costs 110 €, so I am overwhelmed.

View and sound of the auxiliary seats (Category 4)

It was such a pity, but the view was not bad at all. 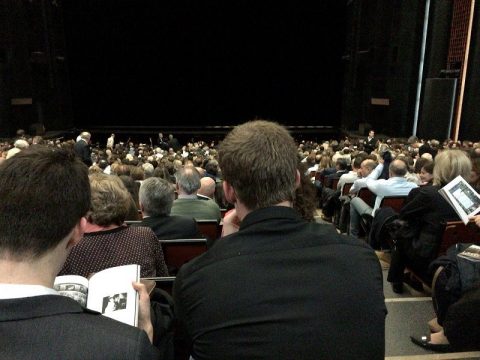 Especially during the first act, I was lucky to have an unoccupied seat in the front, so the view was perfect! From the second act, a tall man came and sat down, but it had little impact on my vision. The front and back seat pitches are a little wider than the standard concert hall in Japan, and I feel that it is easier to see the stage because there is a certain distance between them. 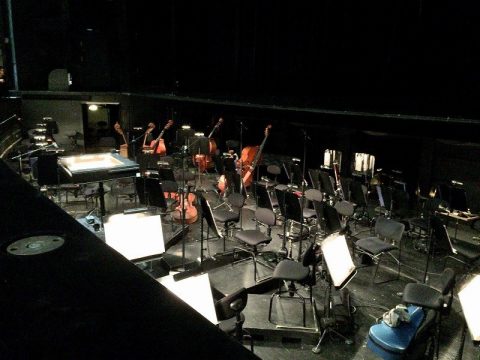 It also had excellent acoustics. Despite the distance of 28 rows from the front, the sound from the orchestra pit can be heard directly and in a balanced manner. Unlike the “horseshoe type” seating seen in most opera houses, this type of concert hall has excellent acoustics. 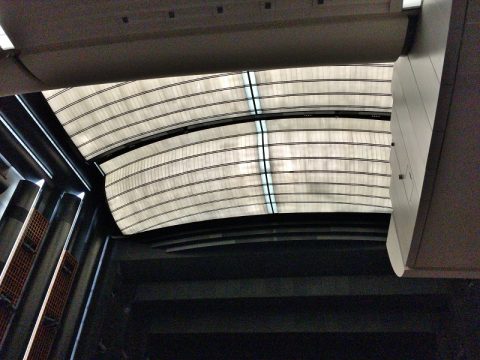 When I looked up from this seat, there was an overhang on the upper floor, and I was worried about the muffled sound, but actually there was no such thing at all, and the reverberation echoing in the hall was pleasantly heard. 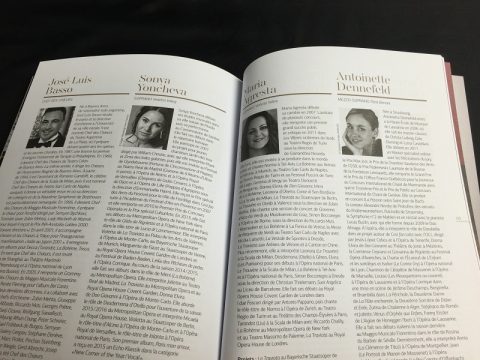 As for the content of the main performance “LA TRAVIATA (Tsubaki hime)”, there was nothing particularly impressive about the texture of the stage set, and the cast, including Sonya Yoncheva who plays the role of Violetta, were all very talented, so it was worth listening to, but unless you are very interested in the stage, you may feel sleepy.

a social gathering place without tourists 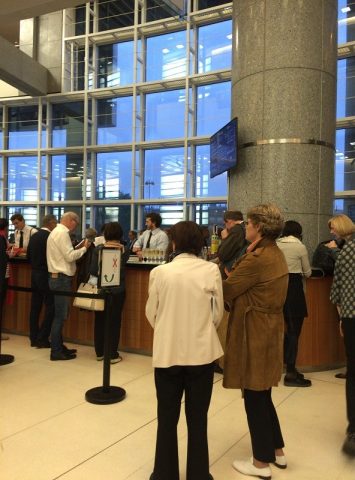 During the intermission, the audience went out to the lobby all at once from the auditorium and lined up at the wine and light meal ordering counter, a scene that could be seen at any opera house. 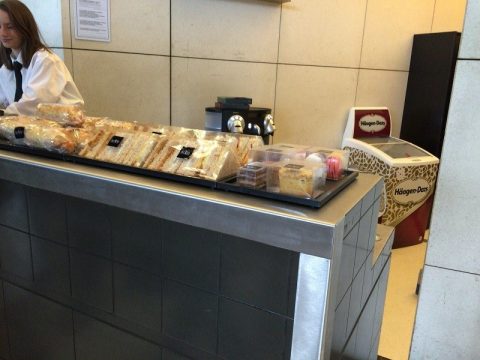 If you look at the meal on sale, there are several kinds of sandwiches as well as bite-sized cakes and sweets such as macaroons, and the place is called Paris as expected. They are all put in plastic cases, so it seems convenient to take them home if you leave them. 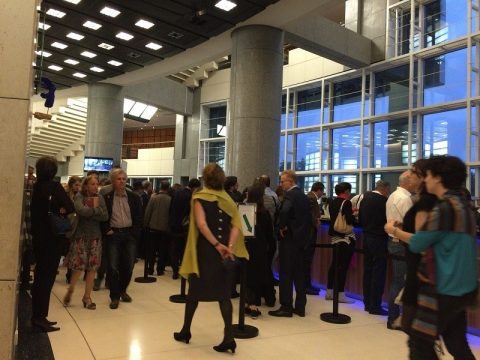 But everywhere I look, there are white people! As I mentioned in yesterday’s article, I didn’t see any Asians, blacks, or even touristy people at the performance at the Bastille Opera. There’s no place like the Golden Room in Garnier, and if it’s just a concert hall, you can’t go there unless you really like classical music. 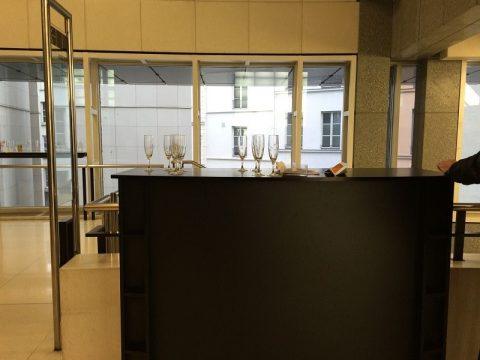 Well, since there are no tourists, the local visitors may be able to have a good time with Nobinobi. As for me, I am satisfied with just being able to experience a concert hall with excellent sound of modern construction.

a concert hall dedicated to theatergoing

The modern architecture of the Opera House, which does not have a long history, was an extra-large concert hall with innovative design and excellent acoustics. Rather than focusing on a luxurious place for social gatherings, it is a “concert hall” that meets the original purpose of appreciating shows on stage in a better way, and this may be what we have learned from the Opera House, a historical building dedicated to social gatherings.

For tourists who admire the “Now that you are in Paris!” and social circles, it may be a Tsumaranai, but it may be the best place to seriously enjoy classical works. If you are interested in opera or ballet, please visit once. Just be sure not to choose “auxiliary seat” …。

One of the venues inside Munich's Royal Palace "Residences...