Just like yesterday, here’s an appreciation report from Teatro Real in Madrid, Spain! This time, I would like to introduce in detail the very shocking contents of the opera called <<Die Soldaten>> which I watched mainly with the view from the seat and the menu of the bar. 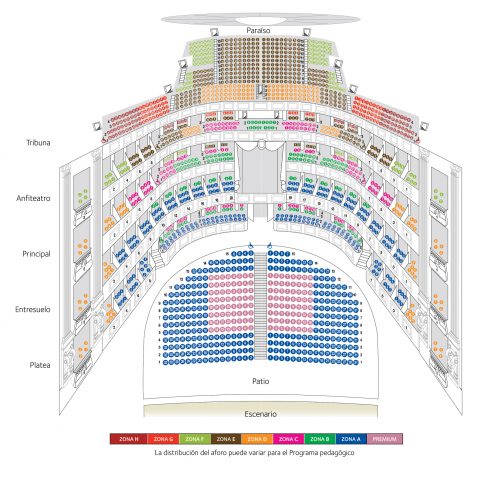 Teatro Real’s seating area is a hall with a seating capacity of 1750, consisting of a flat earth floor (Patio) and 5 levels of balcony seats. The fifth floor is as big as the Vienna State Opera in Austria, but it’s not that big probably because the flat ground is a little small. 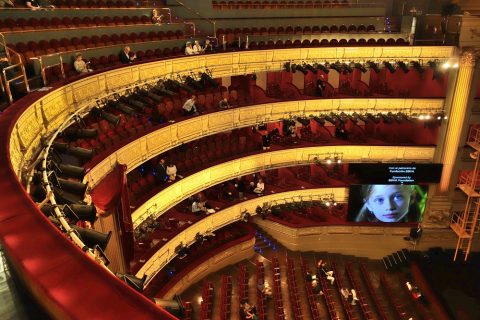 a seat in the shape of a horseshoe. The edge of the balcony shone brightly in gold, which is what I call the opera house of “royal”. But there are no gorgeous decorations or bronze statues, so I don’t get a gorgeous impression. 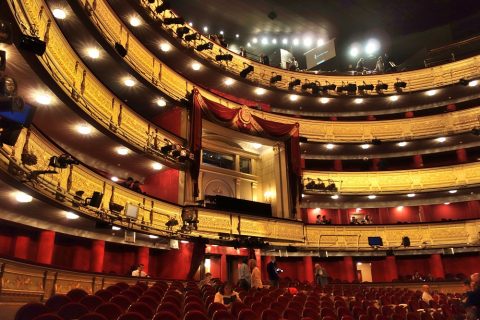 There are VIP seats for special guests on the second and third floors of the balcony. There is an opera theater where ordinary customers can choose these seats, but unfortunately it doesn’t seem to be available here.

Seats and stages on the floor 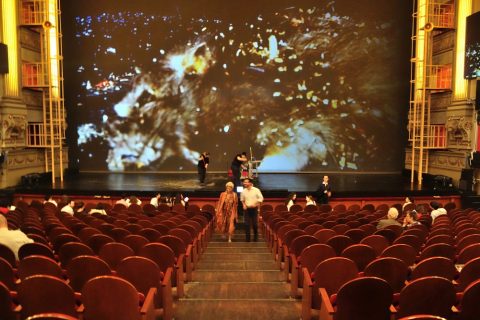 If you look at the seats on the flat floor, there is a difference in level on average from the second row, so I don’t think the view will change drastically in the front and back rows. 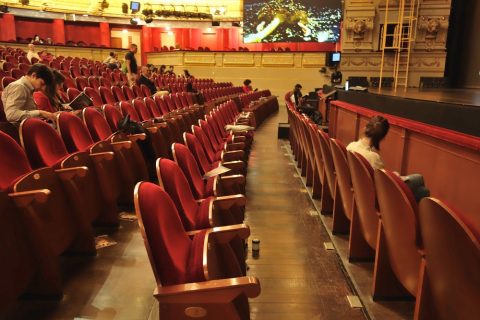 However, according to Teatro Real’s HP, the front seats are a little hard to see, so if you want to choose a Hiradoma, you should choose a seat from the fifth row. 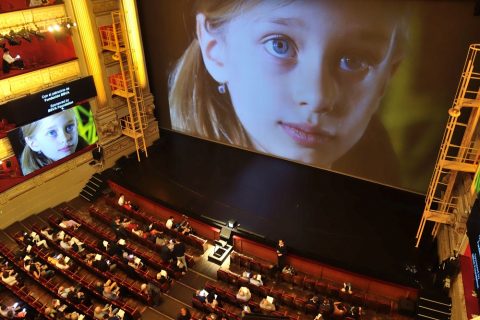 The Hiradoma is a little small Teatro Real, but the front of the stage looks quite wide. There is an orchestra pit in front of this curtain, but this time it is used as an overhang stage for staging.

What is the view from the upper balcony? 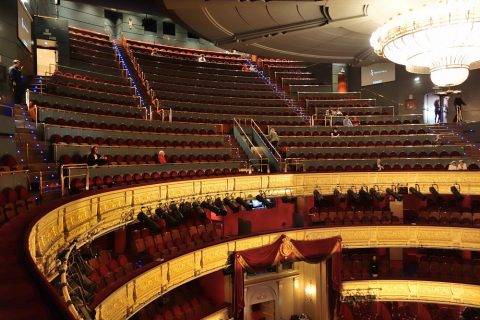 Next, let’s take a look at the balcony seats on the upper floor! Unlike the 4th floor (Anfiteatro), the top floor has a steep step. There are 15 rows of seats in this area only because the 3 floors of the lobby floor (4 ~ 6) are lumped together. 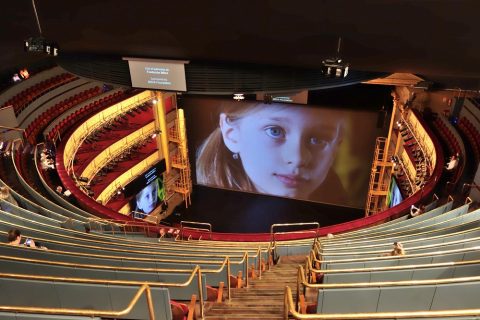 I looked at the stage from around the last row, and I was surprised that it looked better than I expected! There is such a steep difference in level, but the difference in height between the front and back rows is more than that of the stands at the baseball stadium, so I’m afraid I might fall down. …。 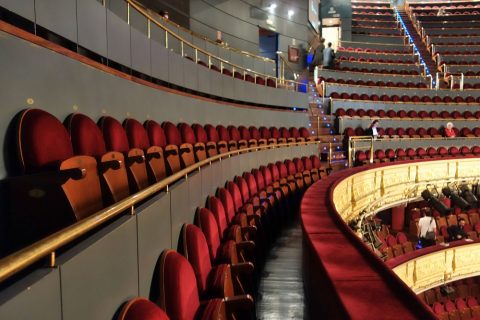 By the way, my seat this time is the first row on this floor. I paid €67 for this, but it’s far from the center and far to the right, so if I don’t get out, half of the stage will be hidden.

In that sense, it might be better to choose a seat closer to the center rather than aiming at the front row. 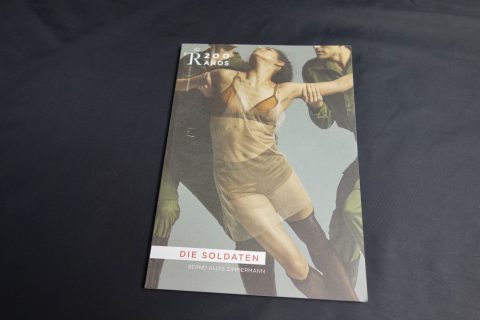 The story is about a woman who is seduced by a male soldier of noble status and gradually falls into prostitution. It describes the feelings of the main character who gradually becomes strange in a muddled relationship with various people. 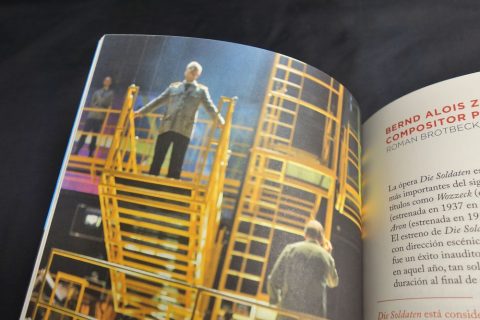 The scenario itself is common, but the stage set is especially amazing in this opera! The yellow iron bars are spread like a jungle, and the sight of all the performers including the orchestra gathering there is a tremendous impact!

In addition, the ultimate modern music, in which the music played from the beginning to the end by a super large-scale orchestra with five tubes is all atonal, goes far beyond mere appreciation of art.

What is more shocking is the performance. As you can see from the introductory video, there are a lot of bloody torture productions on the stage set that resembles a prison, and the orchestra music ・・・。 that reproduces screams, wheezes and the sound of the heart exudes all the cruelty hidden in human beings and makes me sick just by looking at it. 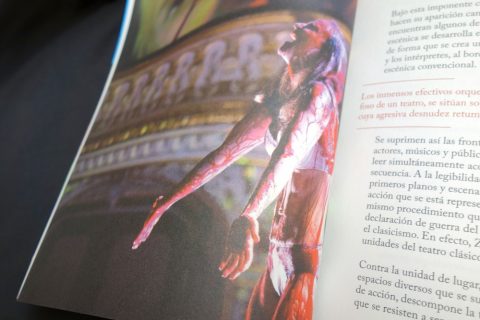 And in the last scene, the feeling of the bloody main character exploded and screamed in the center of the stage, and at the same time, a fierce long tone was heard not only from the orchestra but also from the speaker at the back of the audience.

This is so disgusting …。 I got sick on the way and covered my ears …。 I’ve never felt this sick watching an opera! 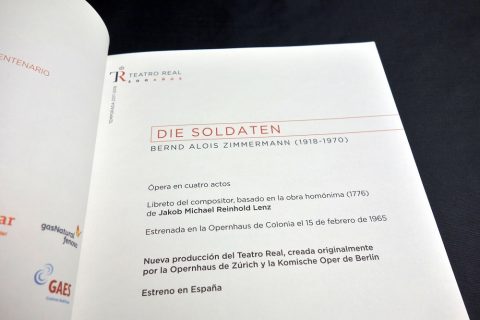 Some say Die Soldaten is more than just an opera, but some performances were canceled at the beginning of the premiere because of its complicated performance.

It’s a great work in terms of impact, but no, this is going too far! I think you should never show it to children. 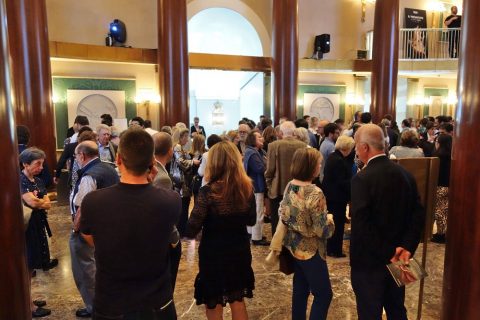 Now, let’s take a look at the foyer bar we visited during the break. It’s a foyer social scene that wasn’t very popular at “Zarzuela National Theatre” and “Madrid Music Hall” but here at Teatro Real, it’s pretty lively. 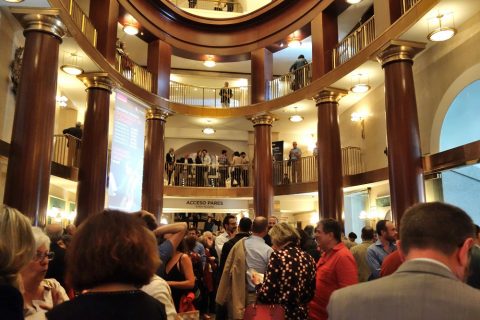 The foyer on the ground floor was the busiest, but as we reported yesterday, it only has a small bar, so it may not be a good place to eat or drink. 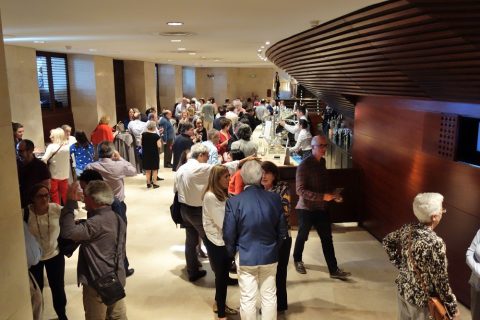 The bar upstairs (Floor 6) is more authentic. You can have a light meal such as pinchos as well as various drinks here. 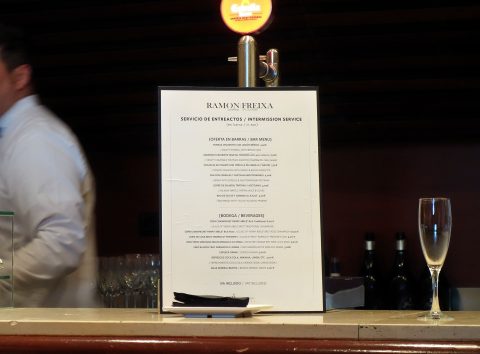 Looking at the drink menu, the champagne is €8, the sparkling wine is €4, and the red and white wine is €3, which is quite reasonable compared to other countries. 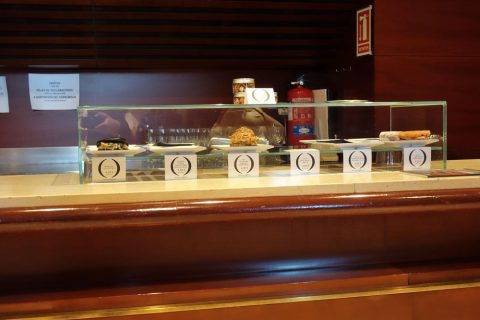 Each pinchos costs around €4. However, there were not many of them prepared, and they were quite out of stock in the latter half of the break time.

There is also a guided tour. 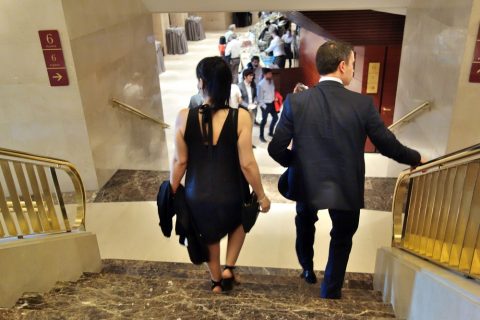 This is an observation report of “Teatro Real” at the Opera House in Madrid, Spain, which I told you about 2 times! As a symbol of Madrid, it was at least more impressive than the Zarzuela National Theatre! 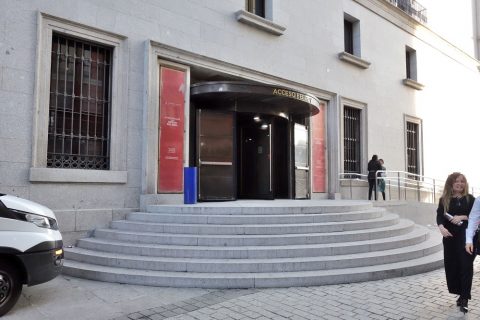 This may have been a bit of a bad show, but Teatro Real has a lot of better (lol) plays and a guided tour when the show isn’t there, so it’s a good idea to visit Madrid to wake them up.