The term “Souq” refers to markets located mainly in the Arabian region. Dubai in the UAE has several souks that are said to have flourished from old times and have become popular tourist spots.

This time, I took a walk in the old city of Dubai called Old Dubai!

The souk is in the Deira district.

“Old Dubai” is one of the popular tourist spots in Dubai. This is the “Old City” area that prospered even before Dubai did the kind of economic development it is today, but it is in the Deira area, which is close to the airport.

If you go by metro, Baniyas Square or Plam Deira on the Green Line is the closest. 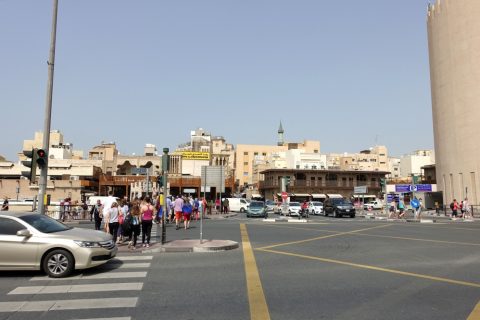 This area is introduced in guidebooks as a historical area of Dubai, but when you actually walk around, you will not see a very emotional landscape. … There is a maze-like block with small buildings jostling together, but there are not many old buildings, which is different from what I imagined. The artificially shaped alleys and buildings … have apparently become tourist destinations. 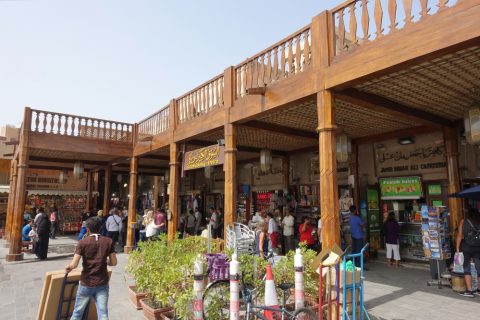 The “souk” market is a popular spot in Old Dubai. There are “Spice souk” and “Goldsouk” in the Deira district. First of all, I would like to see Spice souk which is close to the dock, but this place is surrounded by various daily necessities in a wooden arcade!

I heard it was very crowded in the evening, so I visited this time in the morning, but it was far from being quiet and crowded with tourists. 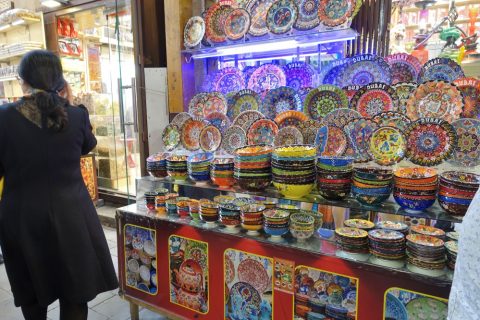 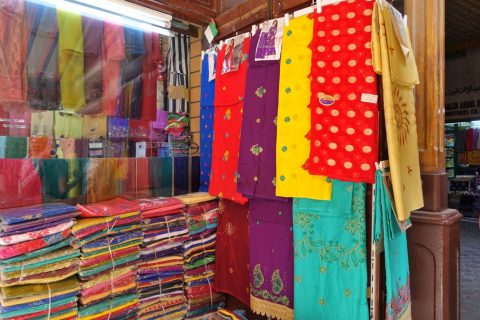 Spice souk sells mainly spices, herbs, daily necessities such as plates and clothing such as scarves. Every store doesn’t have any price tag, so you have to negotiate the price before buying. 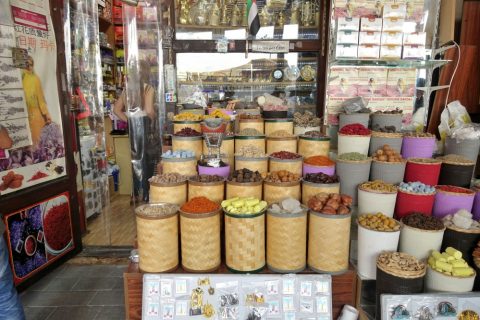 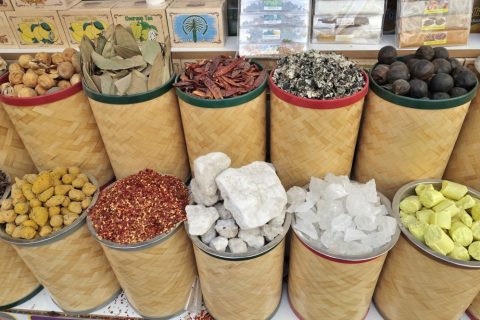 Spices are sold by measure and can be bought for a few times less than in Japan, but there is nothing that can be an indication of the price, so it might be a little expensive …。

Those who wear scarf casually! When you walk in this souk, you should be careful about drawing customers. When I was walking, an old man suddenly appeared in front of me and asked me to shake hands, and the next moment, he forced me to wrap his scarf around my neck!

No! I said so and threw it away, but when I saw the reviews, there were some posts saying that someone grabbed my arm and dragged me into the store, so it would be hard if I didn’t pay attention. 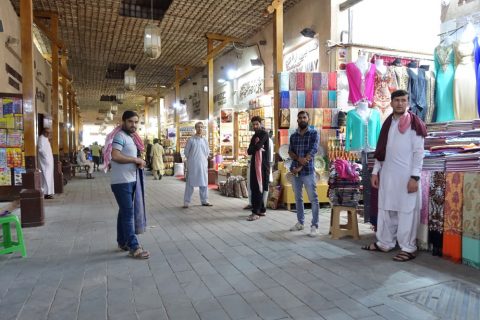 On the way, there are a lot of hyenas who try to kill their prey … especially near the landing area, and when I see a Japanese, they talk to me a lot saying “Nihao! Konichiha! It’s so cute! Okachimachi! Nanderjanen!” so I ignore them all!

They really don’t know anything about the … business, even though they’d be willing to buy some if it weren’t for this. 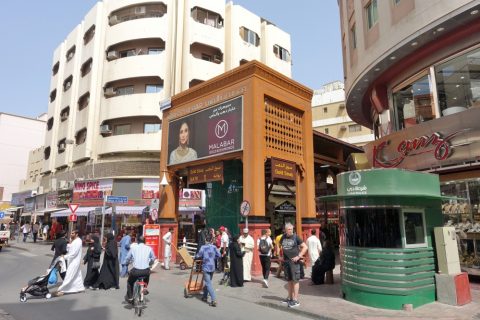 Although they are the same souk, this has a different and bright atmosphere from the previous one. Rather than being a souk, it has become just an arcade, but it is easy to walk because there is no aggressive solicitation. 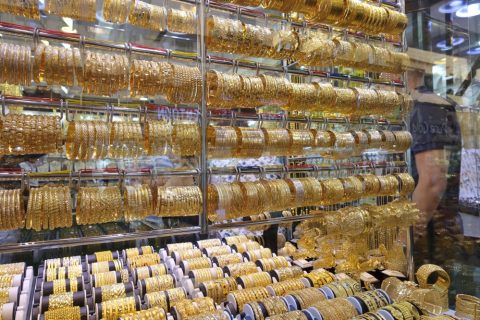 It is called Goldsouk and there are many shops selling precious metals such as watches and jewelry along the route. Of course, the price is not written, so the disadvantage is that you don’t know the market price. …

This is the best place to see “money”! 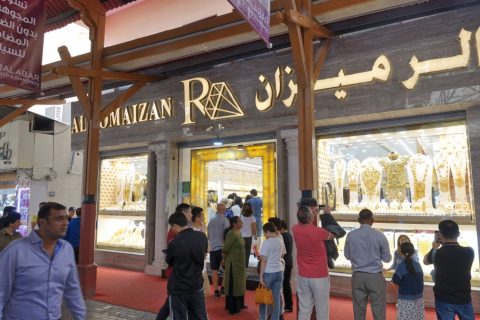 Among these Goldsouk stores, this “Al Romaizan Jewellery” was the most impressive. It’s exceptionally bright inside this store, so it stands out. Money, money, money and money in the store! There are no diamonds or rubies, it’s just a store that collects money. 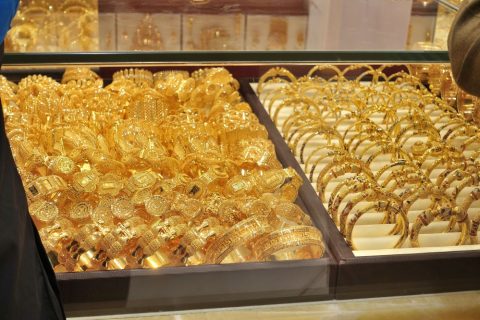 The items are mainly necklaces and bracelets. There were many people who actually bought it here. 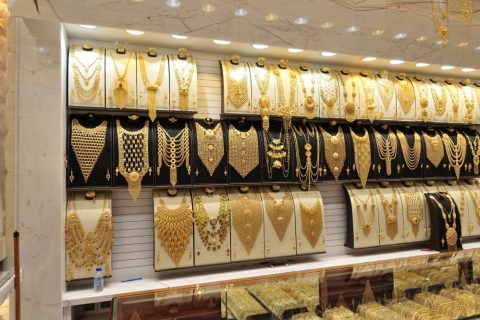 Cleopatra has a gorgeous necklace to wear, but I wonder if anyone will walk around town wearing something like this …? But it’s the first time I’ve ever seen such a dense gold! 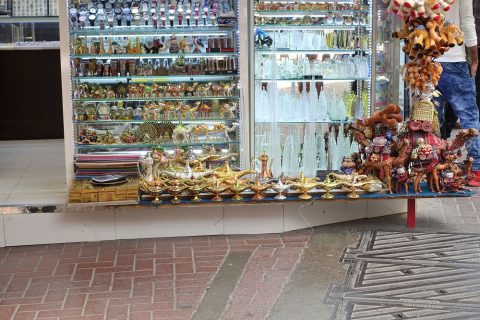 So, next time, I will investigate “magic lamp” sold at this Goldsouk!

Dubai Fountain is a fountain show of light and sound that ...