On January 1, the Wiener Philharmoniker New Year’s Concert will be held every year. This seat is right next to the player. What is the view and sound from here?

I was able to see Wiener Philharmoniker on stage at Musikverein in Vienna last summer, so I will report on it!

Is it hard to get a ticket? Wiener Philharmoniker regular performance

Vienna Musikvein is also the venue for the New Year concert on January 1. Wiener Philharmoniker, based here, performs in this hall about 40 times a year. 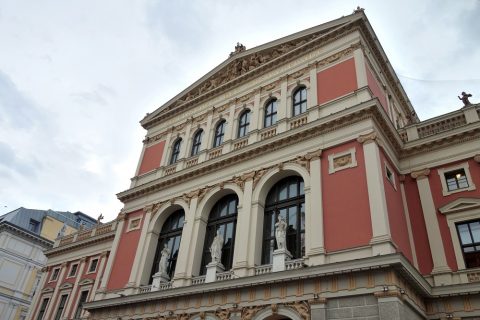 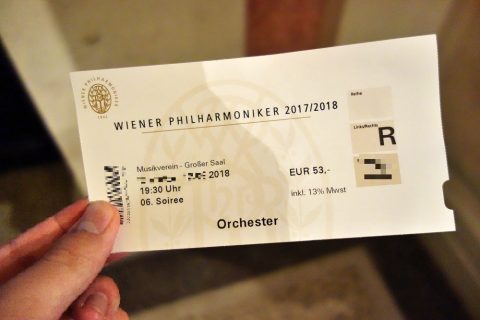 Musikverein’s performance tickets are basically available on the official website, but for the Wiener Philharmoniker’s regular performances, you need to be a special member. However, cancellation tickets for members who can’t go to the performance are available in the agent market, so if you pay nearly twice the price, you can usually get it. 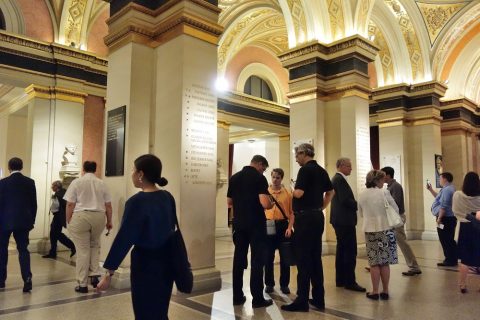 If you enter from the front entrance, you will find the entrance hall. In addition to the main hall (Großer Saal), there are many other halls in Musikvein that you can access from. 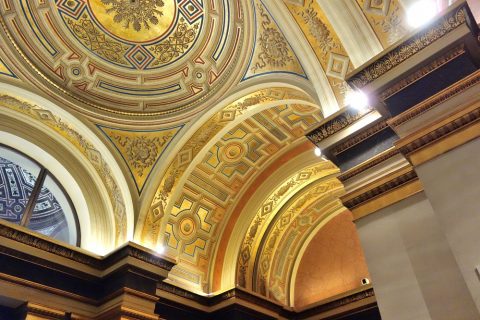 The walls and floor are plain, but when you look up, the golden arch is beautiful! The building was completed in 1870 by Theophil van Hansen (1813 -1891), a Danish architect. 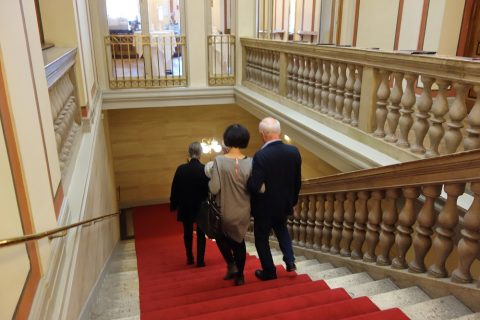 Go up the red carpet stairs to the foyer. Although there is a bar in the foyer, it is not as large as the National Opera, and during the break time it is packed with ladies and gentlemen! 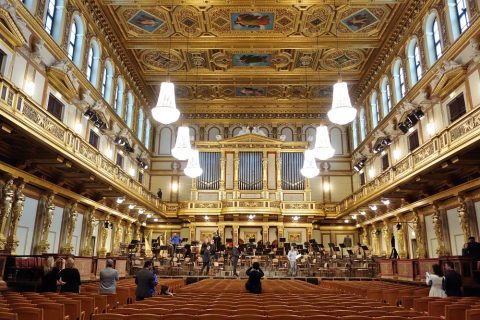 And here is the big hall where the performance is held “Großer Saal”. It’s always worth seeing! It is not decorated with flowers like the New Year concert, but the golden shine is still there. 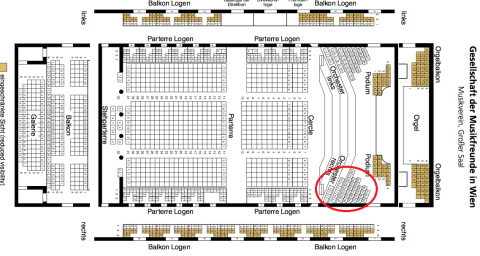 My seat this time is in this area which is different from ordinary seats. This is a seat on the stage. Although it is close to the performers, the ticket category is quite low, and it is about half the price compared to the 1st category! 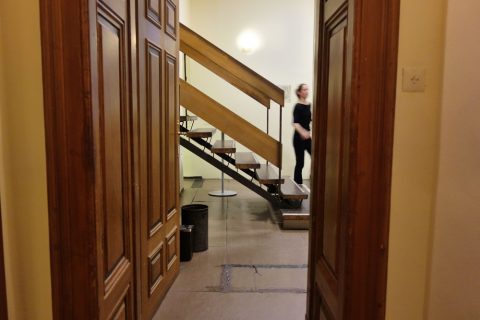 You have to go around from the wings to get to the seats on this stage. This place is right on the stage, and I am a little worried if the audience can really go to such a place …。 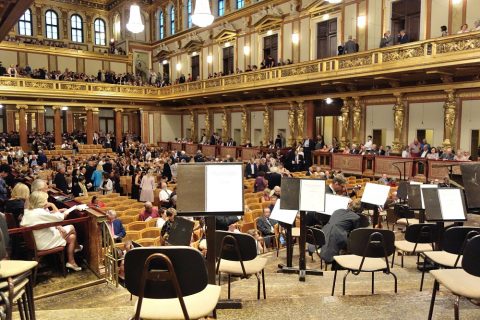 This is the view from the seat on the stage! There was a performer in a place where he could reach, and I could even see the music score from a distance. Since I was on the stage, I couldn’t make any mistakes (laughs), but I didn’t care as much about the audience’s eyes as I thought.

The sound of the seat on the stage is …?

Maris Jansons, who is also known as a New Year conductor, conducted the show with Bartok’s “music for strings and percussions and celestas” and Tchaikovsky’s “Pathetique”. 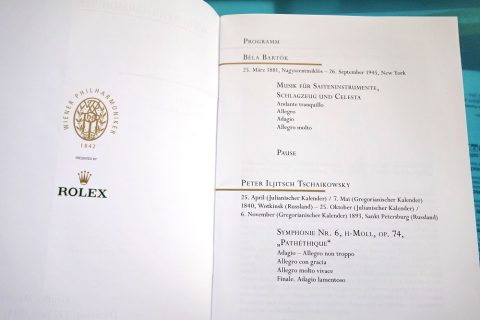 This time I chose this performance because I wanted to hear this sadness, but when I listened to Bartok, it was surprisingly good. I felt uncomfortable with dissonance, but after the second movement, the rhythm was included and it was relatively easy to listen to. 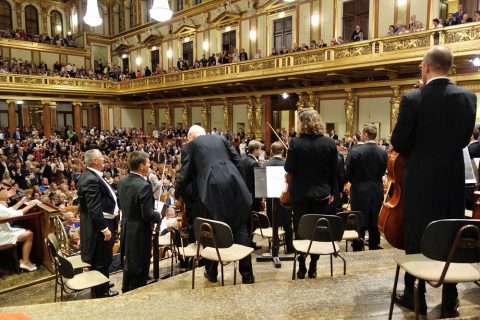 Stringed instruments can be heard in a balanced manner, and the sound of the cello closest to the stone can be heard conspicuously, but it also harmonizes with the upper part of the voice.

But when brass came in, things changed! Especially the sound of the first Vn in the back becomes hard to hear, and it becomes almost hard to hear when it becomes the forte of Tutti. 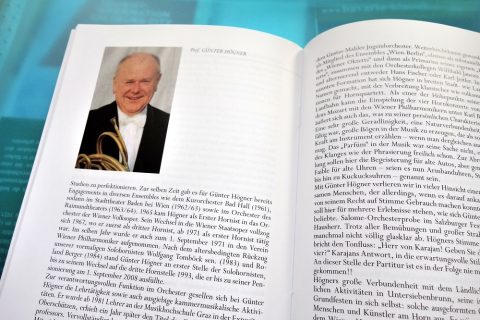 It is undeniable that even in a horn with the bell facing the other side, the delicate Tchaikovsky does not blend in with the midrange and the chords of the 4 voices can be heard independently …。

Baltok without brass instruments was good to hear, but Tchaikovsky was a bit disappointed, and it was good to hear the melody of the world’s most beautiful cello (especially the beginning of the second movement) up close at …!

Stage seats for an interesting experience

The sound of the instrument echoes through the floor of the stage to your body, so you can have an interesting experience especially in rhythmical scenes with f! It’s not a great way to listen to delicate reverberation-focused tunes, but it could be a percussion-inspired piece like Bartok. 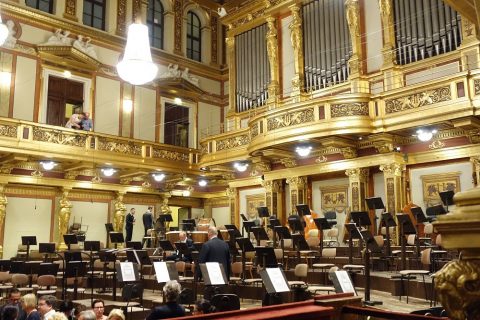 There will be seats on both sides of the stage in the New Year concert, but this time only one side (upper side). You need to be careful when you try to sit because this seat is not always available for the convenience of the organization.

The above Otelo ticket service will take care of your detailed requests, so you can ask them if you want. 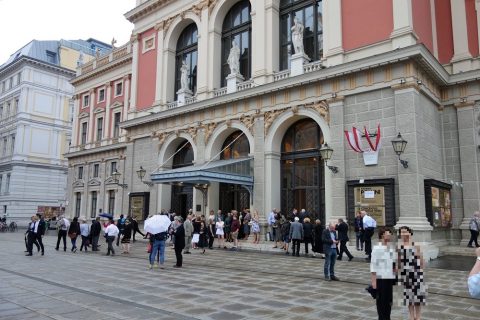 So, this year again, I would like to report on various things such as opera houses and concert halls in Europe.