When I visited Palm Jumeirah in Dubai, I visited an aquarium called Lost Chambers Aquarium. This is a rather rare aquarium themed on the Atlantis ruins, and the water tank that reproduced the ancient ruins that sank to the bottom of the sea was quite nice.

Compared to the aquarium in Dubai Mall, there are fewer people, and it’s nice that you can take your time to see it! The ticket price is reasonable, so I recommend this aquarium.

Aquarium at Atlantis The Palm

The Dubai Aquarium “Lost Chambers Aquarium” is located at the very end of Palm Jumeira, in the SC of the Atlantis Hotel, a 5-star hotel. 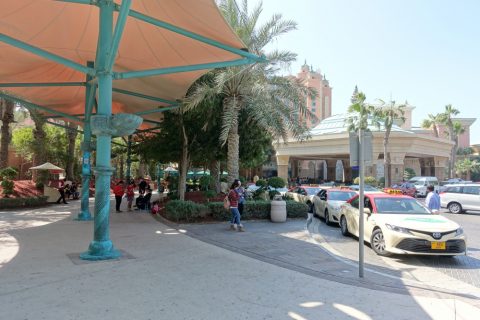 Train: Palm Atlantis, the monorail’s terminal station. It is convenient as it is located just outside the station exit, but if you come from the downtown direction, you have to change trains twice: metro – tram – monorail, so it takes a very long time.

Moreover, monorail fare is expensive, so if you are going with more than one person, it is better to take a taxi. See yesterday’s article about monorail → Can’t I use Nol card? Take the Dubai monorail to Palm Jumeirah! 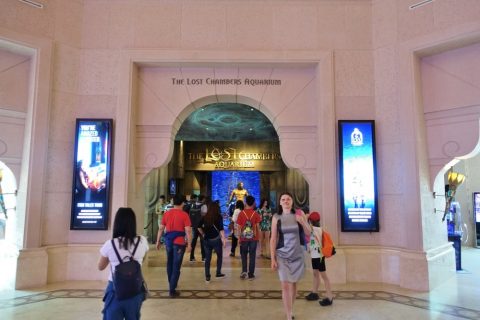 The aquarium takes the SC from the monorail station and goes down the hallway to the entrance and ticket booth at the first crossroad.

This shopping center is not very big, and the number of shops and restaurants is limited. I planned to have lunch in this SC after going to this aquarium, but gave up because I couldn’t find a good restaurant … 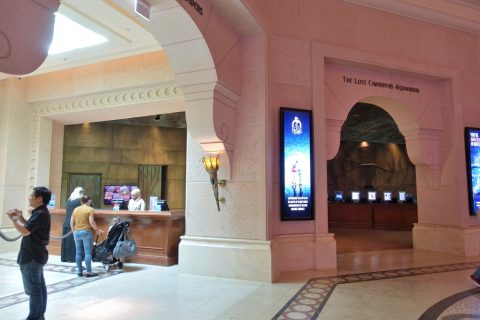 There is a ticket booth on the left side of the entrance. You can buy an admission ticket here. Admission is 110 DH, which is one of the many attractions of Dubai at a very reasonable price! 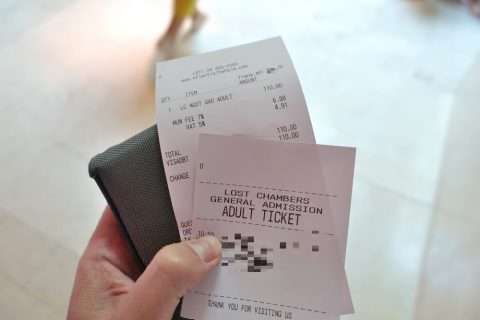 You can pay by credit card. The ticket is a receipt type of thermal paper, so please don’t throw it away by mistake. …

If you are staying at the Atlantis Hotel, there is no admission fee. 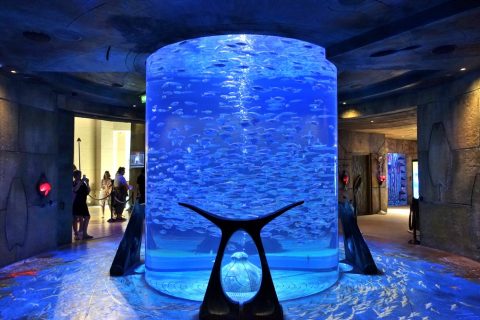 If you get a ticket check, you go to the entrance hall with a cylindrical water tank. I visited around 11 AM this time, but fortunately the inside of the building was not crowded and I was able to enjoy it leisurely!

The interior of the Atlantis ruins is wonderful! 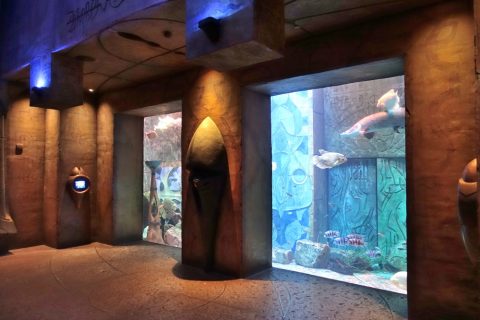 In the Lost Chambers Aquarium, the interior is pretty slick. According to the official website, the theme of this place is the city of Atlantis that sank into the sea, and you can see many ancient citylike ruins and bedrock. 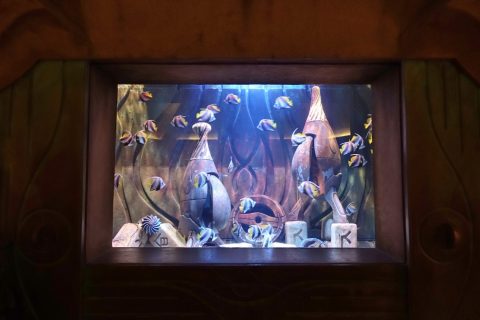 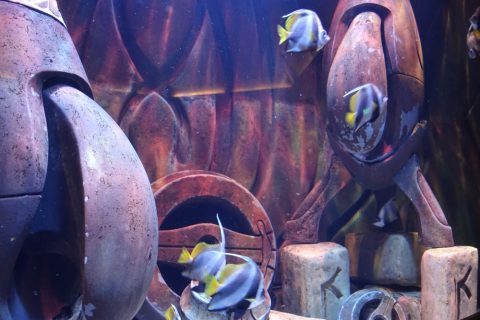 Atlantis in the fish tank! It is a very elaborate exhibition method such as the appearance of tropical fish hiding in the gap of the ruins. I’ve never seen a water tank with such an interior! 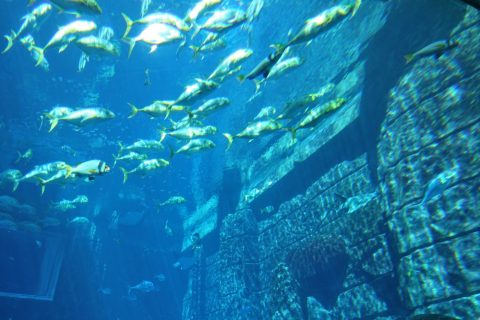 One of the most amazing is this aquarium’s main large water tank. Giant ruins are beautifully reproduced! This is an overwhelming view of the world that appears in the world of mythology. 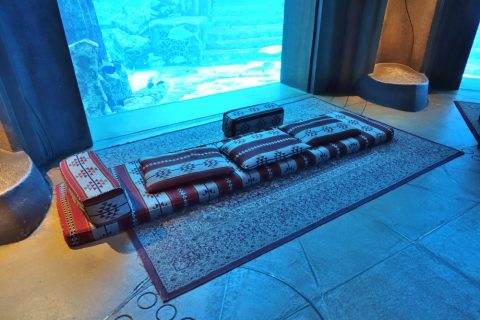 There is a zashiki (Japanese style tatami room) in this aquarium, and if you sit here, you can observe the aquarium looking up. This kind of staging is unique to the Middle East. 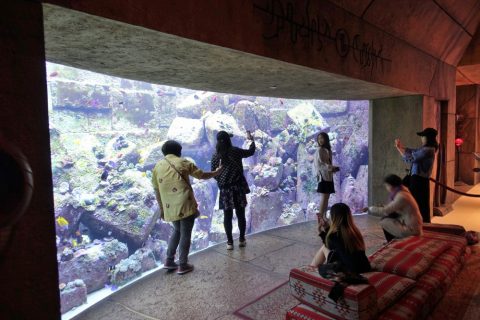 By the way, about the fish you can see in this aquarium, according to the official website, there are more than 65,000 fish. However, in a glance, most of them are small fish. There was no gigantic fish like whale sharks. 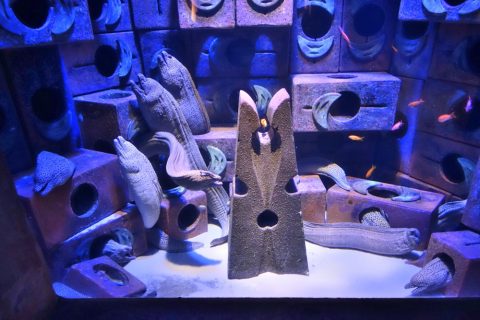 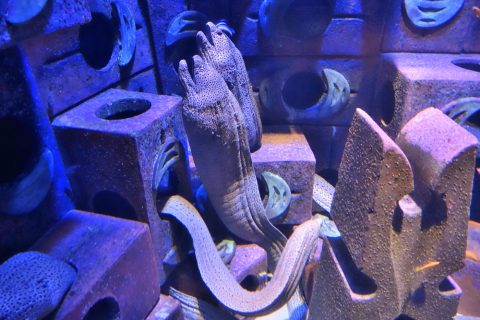 However, there are a number of rare … or mysterious fish, such as Honeycomb Moray. There are not only one but many of them, and they are creeping out of the hole, which makes me sick … 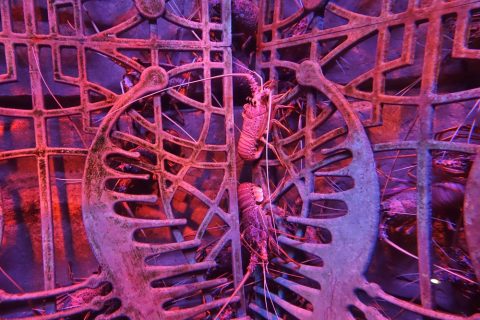 Also, in the water tank with a bone-like interior, there is a kind of big shrimp. Unlike the prawns on the regular dinner table, it has a rather rough look, and when I look at it, it feels quite disgusting … 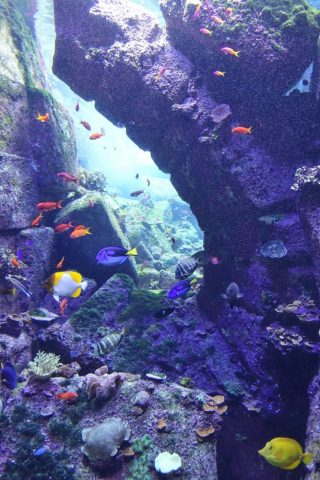 But there’s a wonderful aquarium inside! The sunlight illuminates the rock shadow and colorful fish swim in it. 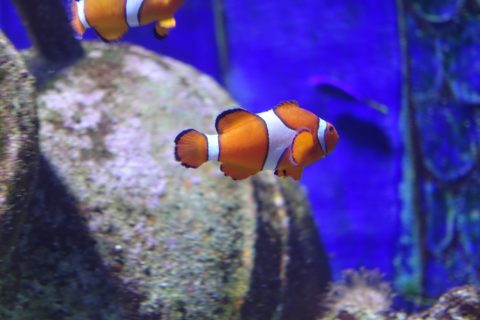 You can also see the familiar clownfish from “Nemo”. Nemo seen in the sea of Okinawa is good, but Nemo swimming in the ruins covered with algae may also have a different taste. 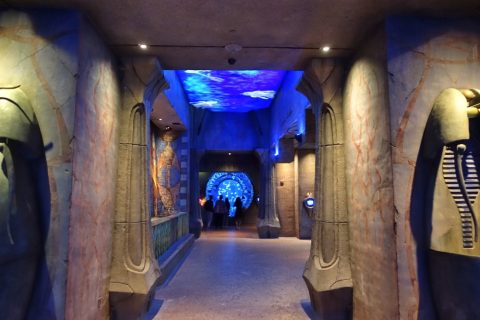 So I went to the Lost Chambers Aquarium, an aquarium themed on the Atlantis ruins, and the huge aquarium was impressive!

The size of the aquarium is not that big, but this is definitely better than Dubai Aquarium in Dubai Mall! It’s a little far from downtown, but the entrance fee is reasonable, so I think it’s worth coming all the way.

I had been eating only Middle Eastern food in Dubai, but t...

Following on from our previous coverage of the Dubai Metro...

Dubai Fountain is a fountain show of light and sound that ...

Jumeirah Mosque is the largest and most beautiful mosque i...