From Hanoi, take the Vietnam Railway to Hai Phong! Here, I would like to touch on the “sightseeing spot” of Hi-phone.

The country of Vietnam was under French rule from the end of the 19 century to the time of the Second World War, and I decided to take a look at some of the Western-style buildings that were built at that time because they are also here in Hai phong!

Hai phong, Vietnam, is a core city located about 80 km east of the capital Hanoi. From Hanoi, take the Vietnam Railway for about 2 hours and 40 minutes. For details, please refer to the article from yesterday → Vietnam Railway Hanoi – Hai Phong Train Record! ride comfort of soft seats (first-class car) 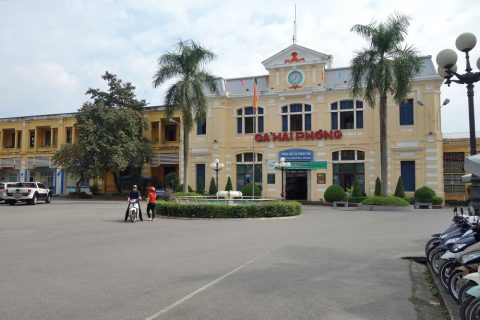 It was built in 1902, and it was built as the starting station of “Yunnan Railway” which connected China at that time. 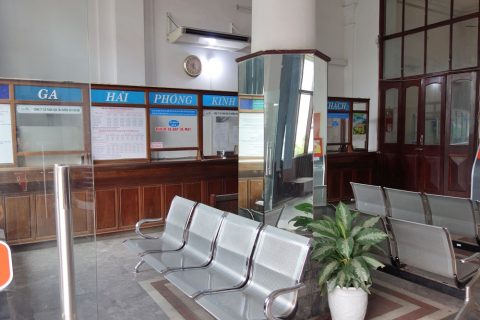 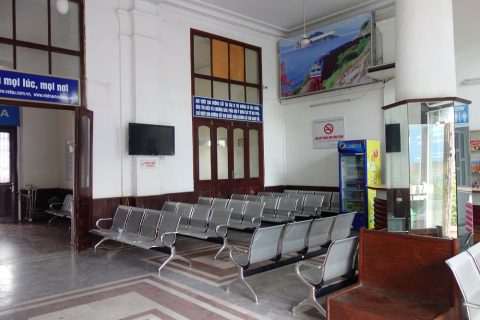 There is a waiting room in the main entrance, and there is a ticket window here. When I arrived at the Hi-phone, I asked the ticket counter to buy a return ticket, but the 18: 40 flight doesn’t start until 18 o’clock …。 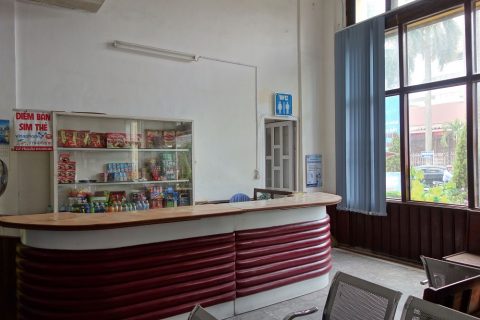 In addition, there is a toilet (It’s much cleaner than on the train!), and Wi-Fi is available in the station, so I could use it for free! It is a good environment to prepare for the toilet and information gathering before going out to the city.

Walk through the streets of Hai phong 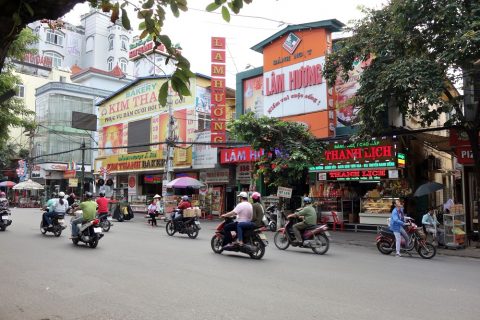 I leave Hai Phong station and head towards the city center. My impression of walking around the city is the clean air compared to Hanoi (lol)! There are still many motorcycles, but it may be far less than the capital Hanoi. 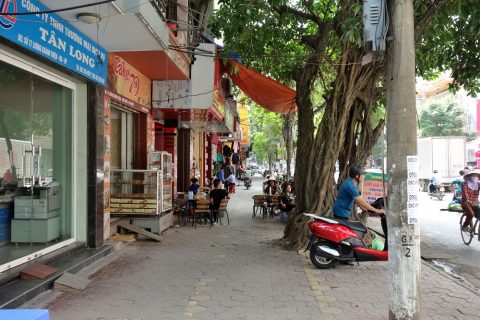 Hai Phong is one of the regional cities in Vietnam, but it has developed quite a bit as there are many restaurants around the station. The commercial area is also large, and it may take about a whole day to look around from end to end. 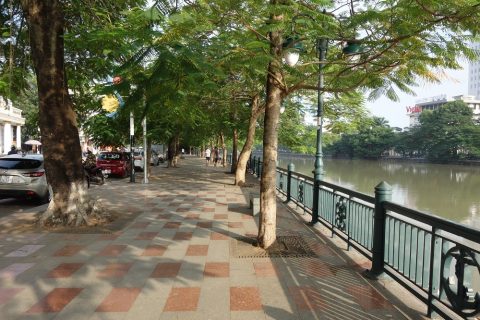 There is a man-made lake (Tam Bac Lake) far from the station, and there are beautiful sidewalks around it. I was surprised that it was much more urbanized than I had imagined!

If you are just waiting, it is much more comfortable here than in chaotic Hanoi. 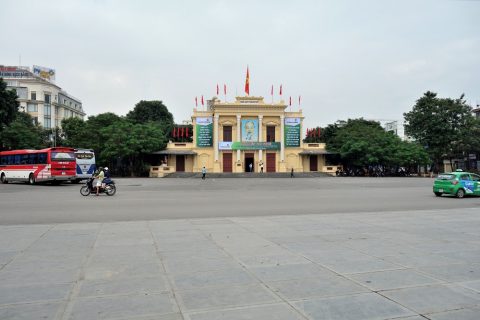 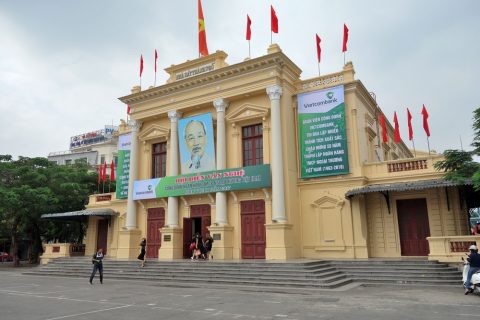 This was also built more than 100 years ago, but it was painted in the same color as Hai phong station, and I feel it has been renovated beautifully.

This opera house does not perform regularly, but according to one review, it is open for sightseeing during certain hours of the weekend and you can enter inside (There are cases.). 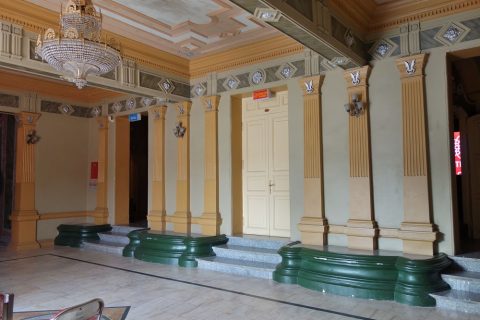 It was Saturday, but it was not open to the public probably because the event was held only for the people concerned. However, I was able to enter for a moment by a certain “special circumstances”! (I’ll take a rain check on that. …)

The inside of the opera house is small, and there is a lobby when you enter from the entrance, and the end of this door is the auditorium (auditorium). 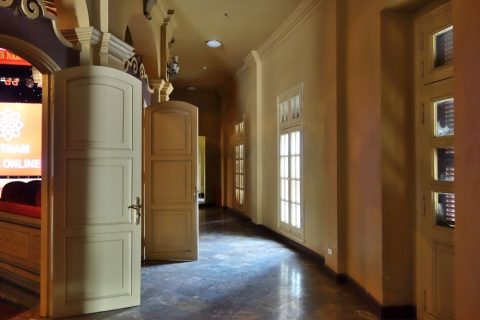 If possible, I wanted to see the beautifully decorated auditorium, but it was not allowed and I only looked through the hallway. It looks like a small auditorium with about 200 ~ 300 seats, but the center of the ceiling is decorated with chandeliers and flower patterns, and the interior is quite beautiful. 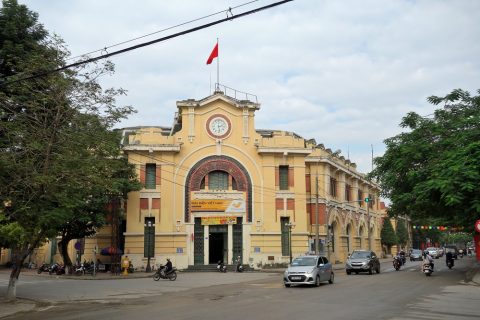 Next is the Hai phong Central Post Office. The French building at the corner of the intersection was built in 1886, which is the oldest building I have ever seen.

This is the central post office. Unlike the Opera House, this is an ordinary post office, so anyone can enter. We are open 7:30 ~ 19:00 and closed on Sundays. 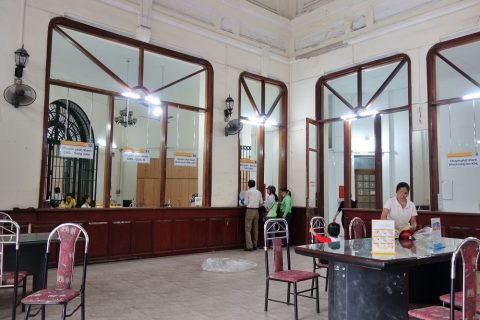 Inside only one floor with a slightly high ceiling. From the outside, it was wide to the left and right, but it seems that this area is the only place where ordinary customers can enter. 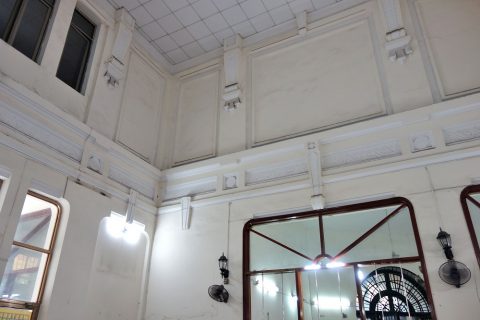 It looks like a splendid western architecture, but the interior has no particularly beautiful decorations. Also, there is no air conditioning, there is only one large fan in the center of the floor, there is a smell of paint or something special, it is a little stuffy …。 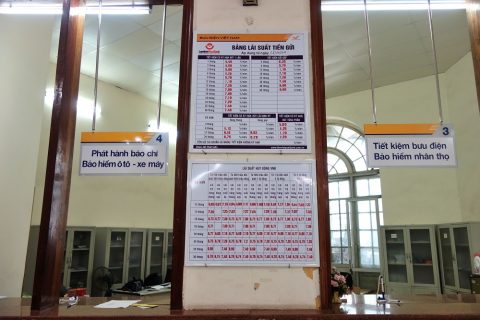 Also, I was thinking of buying a stamp as a souvenir, but all signs in the hotel were written only in Vietnamese, so I gave up …。 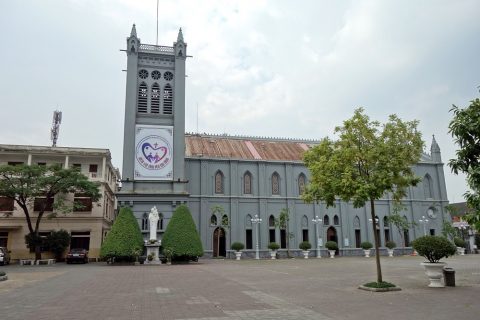 There were still many French buildings in the city, but the biggest and most beautiful one was this one.

Compared to churches in Singapore, Malaysia and other Southeast Asian countries, the level of beauty was surprisingly high! Next time, I would like to introduce the interior → Vietnam “Hai Phong Cathedral” to see the beauty of French architecture

An old man who was kind to me a little in the town of Hai ...

In Vietnam Hai Phong, I visited "Quán Bà Cón" which I rese...

This time, I would like to introduce "Hai Phong Cathedral"...