After visiting Madrid, I visited the Opera House in Barcelona, but the interior of the Opera House is so gorgeous that it cannot be compared to Madrid! But perhaps because of that, the ticket price is surprisingly high.

Gran Teatro del Liceu, right in the heart of Barcelona’s old city! It is on La Rambla street which is crowded with tourists. It is more than 600 m from the Plaza Catalonia, but if you use the L3 subway Liceu, it’s right outside the exit. 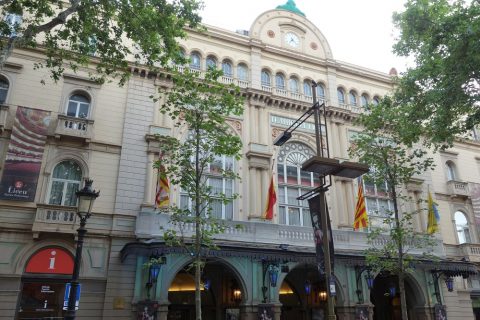 The formal name in Catalan is “Gran Teatro del Liceu”. It was completed in 1847 and rebuilt after 2 fires.

The entrance faces La Rambla Street, which is pretty confusing …。 as you can tell from a Google Map satellite image that it’s the Opera House, but buried in surrounding buildings, the street makes you wonder if it’s really the Opera House.

As for the Gran Teatro del Liceu concert ticket, I bought it from the official website as usual. Seat reservations are possible, e-tickets are issued by credit card payment, and exchange for actual tickets is not necessary. 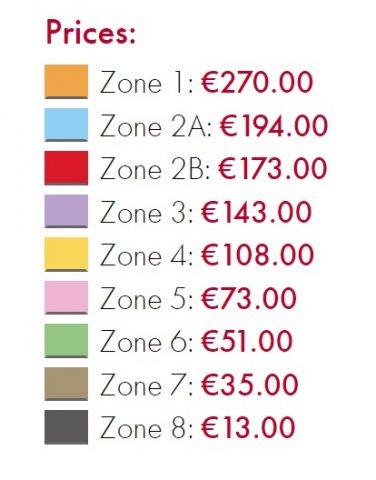 But the biggest concern is the … ticket price, and the first category is €270! The price is as high as the price for the first day of opera performance at the Vienna State Opera. Considering the price of Spain, where you can drink coffee at a cafe for €1, this is a real bargain!

The tickets went on sale so quickly that they were available early last August. I think they will probably start selling tickets as soon as the next season is decided, but it’s better to buy early if you want to get a good seat. 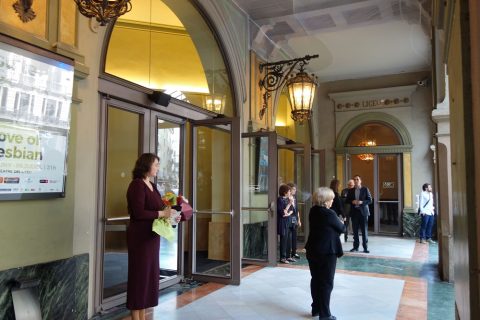 Then, go into the lobby from the entrance right away! First there’s a security check, and then you scan the barcode on the ticket. Security checks at the Opera have become commonplace. 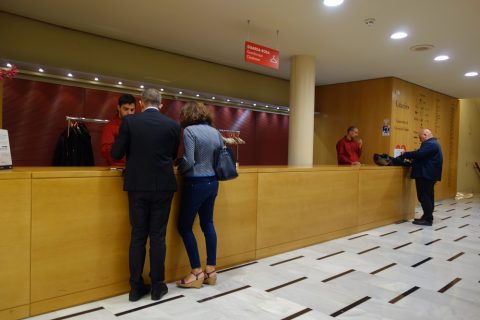 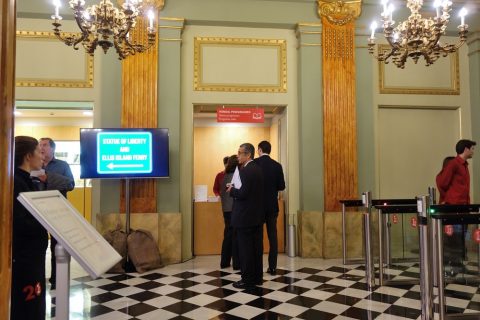 Inside, there was a small lobby, a cloakroom, and a program counter. It is quite rare to sell a program formally at a counter, but you can use a credit card for payment. 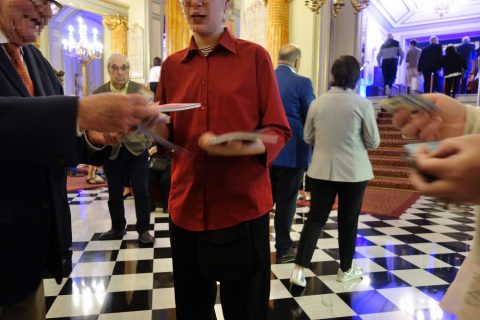 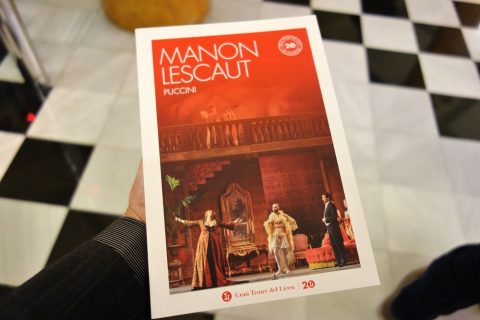 Some people sell their programs by hand, but if you buy from them, they only buy in cash. The program is quite expensive at €10, and the language is only Spanish and Catalan. Well, it’s a souvenir, so I’ll buy it.

The grand staircase of blue light is strange … 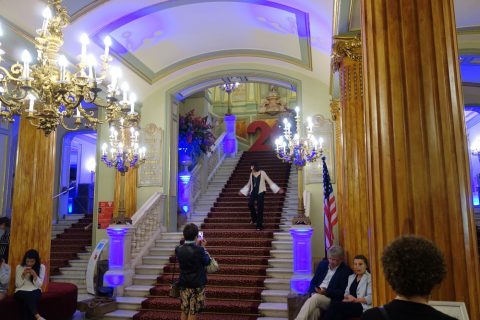 The approach from the entrance to the audience seats is this large staircase lit up in blue. It’s the most gorgeous Spanish Opera House I’ve ever seen, but what does this light mean? …? 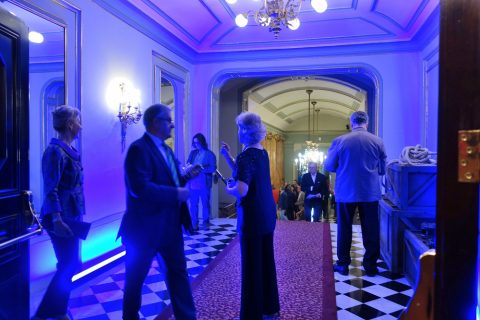 This illumination continues not only to the stairs but also to the landing ahead. This is the first time I’ve seen such an opera house, but it’s a good example of how a black light doesn’t fit in a place like this, where all the fancy lights are ruined …。. 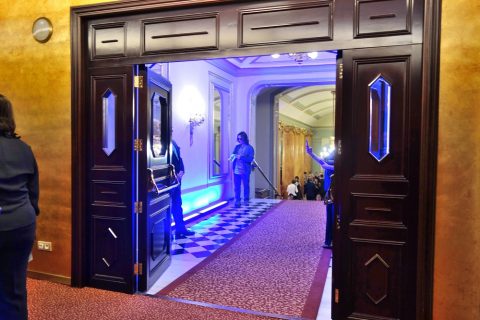