We arrived at Abu Dhabi by express bus from Dubai, UAE! This time, I would like to report in detail about the Abu Dhabi route bus and IC cards required for boarding.

Since there is no railway in Abu Dhabi, you can choose to travel by bus or taxi, but the bus fare is only about 5 dollars per trip, which is very cheap! It’s a very useful transportation. 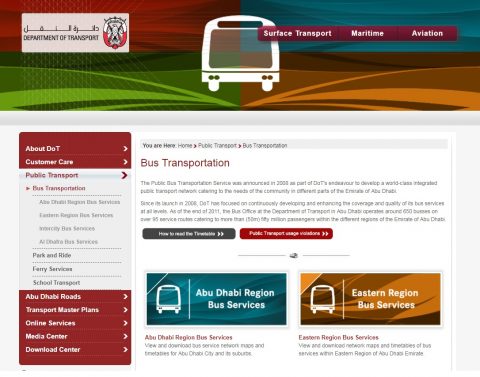 Abu Dhabi bus route MAP is available on the Abu Dhabi Transportation Authority website. You can download the detailed timetable as well as MAP here. 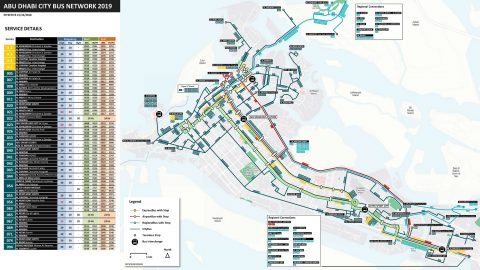 Of the roughly 30 routes available in Abu Dhabi, the bus number 94 is most likely to be used by tourists.

Bus number 94 connects Dubai to Louvre Abu Dhabi in the north and the Sheikh Zaid Mosque in the south.

You need an IC card to get on!

As for the Abu Dhabi route bus, you can’t use cash as you can in Dubai. You need a special IC card with the fare charged in advance.

Abu Dhabi’s IC card is “Hafilat smart card”. There are several types like the Nol card in Dubai, but if you are a short-term traveler, I think you should buy a Temporary Card that can be purchased at 5DH.

There is no upper limit for the fare for a week or a month, so some functions are limited, but this is the best deal unless you can get on and off. 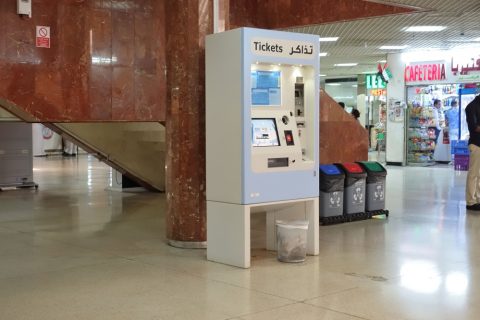 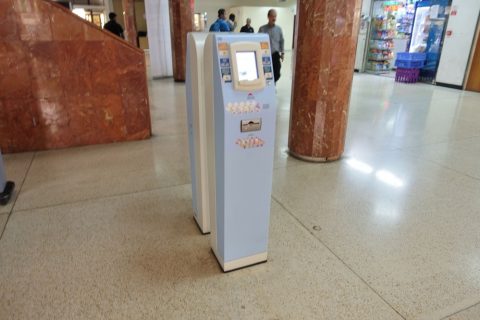 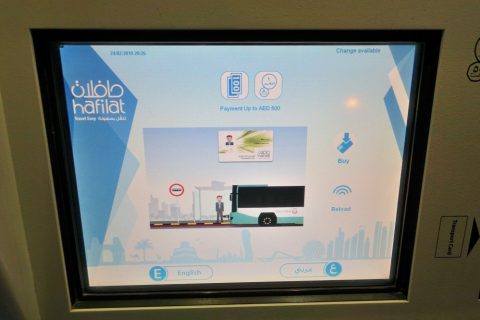 The ticket machine has a touch panel to switch to English. Unlike the Nol card in Dubai, the fare is not included in the purchase price of the card, so you also specify the charge amount. 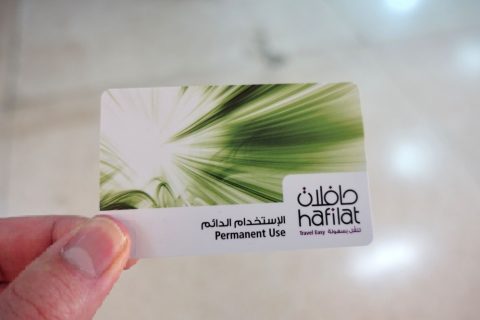 After all, I bought a permanent card this time. I could have used a temporary card, but this one has a longer expiration period of 5 years, so if you anticipate coming back next time, this one is more economical. 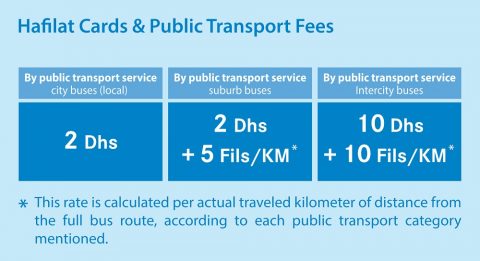 The fare is a flat rate of 2DH per ride within Abu Dhabi City. The fare is the same no matter which card you use.

This time, I rode on the bus number 94 from Louvre Abu Dhabi to the Sheikh Zaid Mosque, and even though it took more than an hour, I was surprised by 2DH! It is a very economical transportation.

The bus stop is outside the terminal. 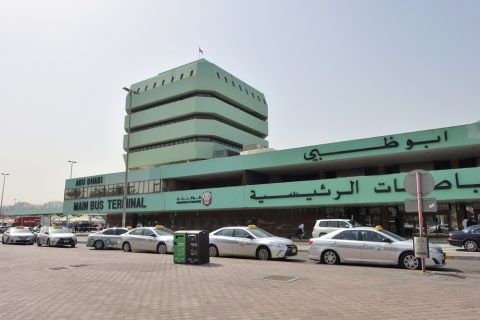 Get the Hafilat smart card and go to the bus stop. There is no bus stop in the bus terminal, but it is on the highway after going out from the main entrance and passing the taxi stand. 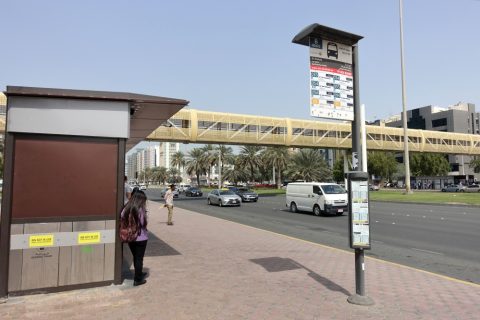 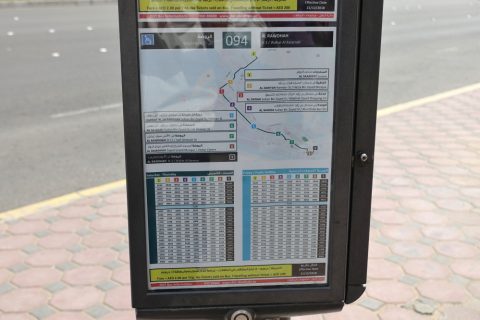 There is a timetable on the bus stop, so please check it! This time we are heading to Louvre Abu Dhabi by bus number 94, but the disadvantage is that the bus number 94 runs every 30 minutes and the number of buses is small …。

The same way as Dubai 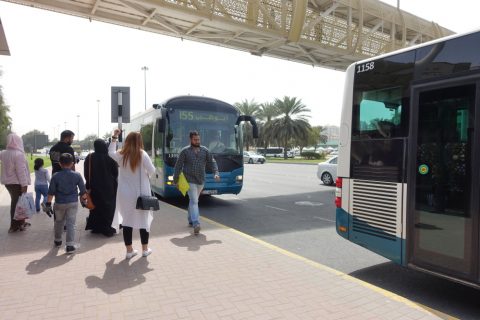 The bus ride is the same as in Dubai. When the bus arrives, raise your hand to signal and push the button on the door to open the door, but it seems that all buses stop at bus terminals where there are many passengers without raising your hand. 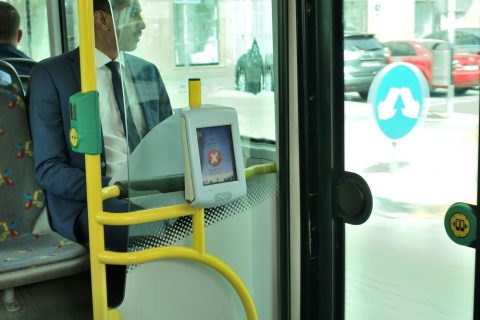 After getting on the bus, touch the Hafilat smart card to the reader next to the door. When the green light comes on, it’s OK. When you get off, you touch it as well. The response is slower than Japanese Suica, so I will touch it firmly for about 1 second. 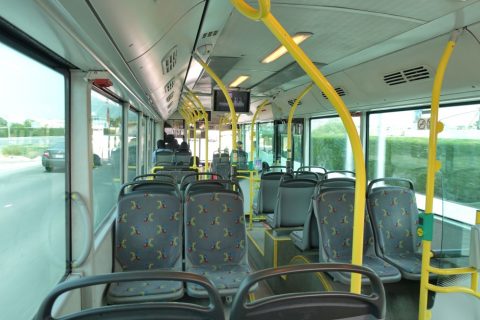 The structure of the inside of the bus is an ordinary route bus. But it is superior that it has a longer body than Japanese buses and has a low floor structure up to the rear door. Also, the seats in the front of the car are for women only. 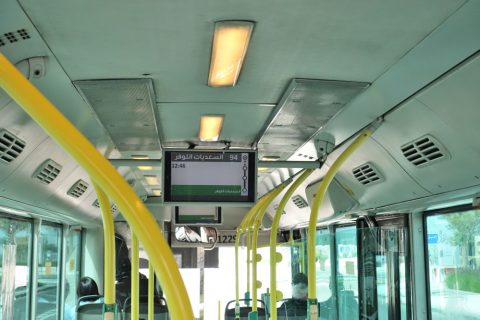 Refer to the monitor for information on bus stops. It is also available in English, and it is easy to understand because it is displayed up to 3 points in front. 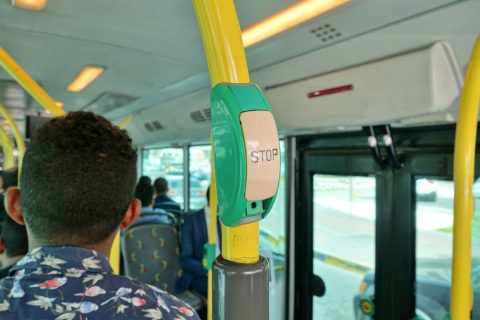 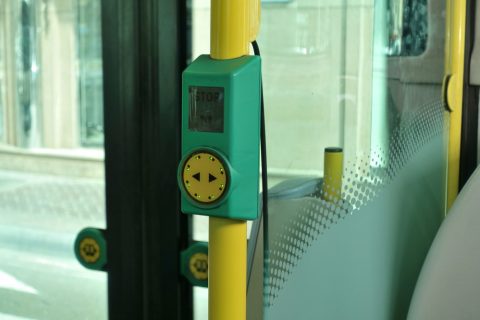 When the station you want to get off is close, press the stop button. Just like when you get on the train, push the door button to open the door and get off.

It takes 30 minutes to the Louvre, and it is more convenient than a taxi! 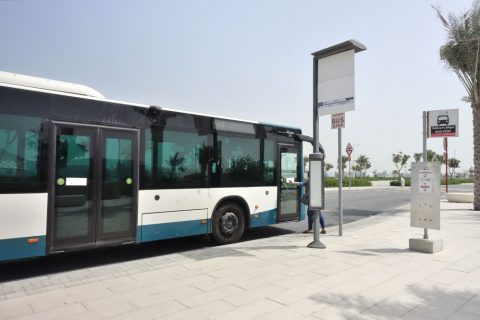 I think you can get there a little faster if you take a taxi, but it is much easier to take a bus because you have to worry about the possibility of ripping and need to prepare small cash.

Of course, I was able to come smoothly without any traffic jam this time, but depending on the season, there will be traffic jam in the center of the city in the evening, so it would be better to have enough time. 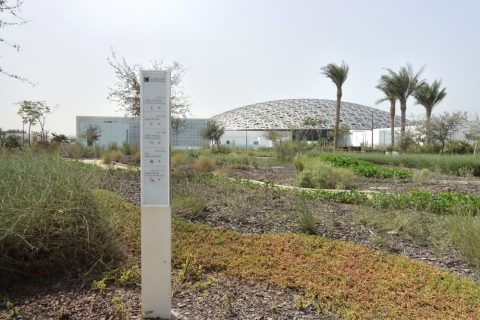 ♪Click here for a List of articles on “Abu Dhabi / Dubai“

This time, I left Dubai for a day trip to Abu Dhabi! I use...

I left Louvre Abu Dhabi and headed to the Sheikh Zayed Mos...