The annual Vienna Philharmonic New Year’s Concert in Vienna, Austria, will be broadcast live from 19 o’clock tonight, January 1. I also want to listen to live music on the spot someday, so I apply for the ticket lottery every year, but I have been blocked by the narrow gate that is said to be 1000 times more, and it has not come true yet …。

As for next year’s tickets, the lottery will start from tomorrow, so I am planning to apply again this year, but I would like to tell you a little about the atmosphere of the Musikverein in Vienna …。 whether I can win it in my lifetime or not, from the pictures I took when I visited there before.

Wiener Musikverein is located just south of the old city, outside the loop (Link Street) that surrounds it. Even if it is outside of the rink, it is a distance that you can walk 5 minutes from the National Opera. 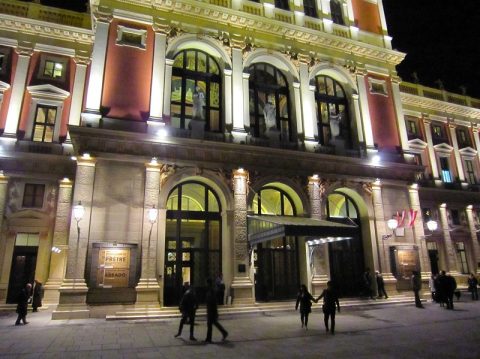 The New Year’s concert on 1/1 is matinee, but I went to Soiree concert. The glamorous illumination is beautiful! It was designed by a Danish. 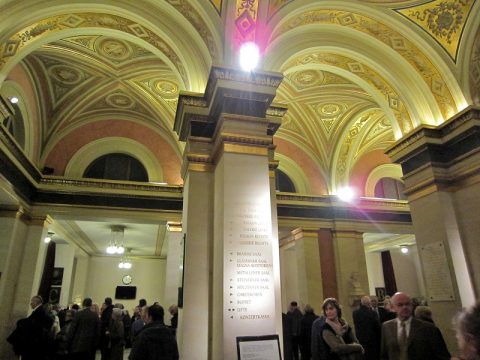 When you enter, there is a ticket check and cloakroom, and from here it is divided into a large hall (Golden Hall) and a small hall (Brahms Saar). To exchange your ticket, go inside from the main entrance, and there is a window. You can do it there. 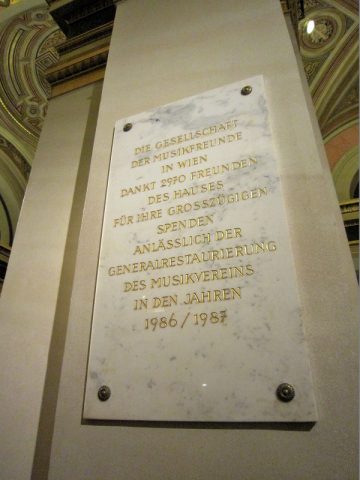 The hall was completed in 1870. Brahms was the president of the association at first, and he plays his own piano work in the small hall. Today, in addition to the 4 multipurpose halls in the basement, there is also a museum that exhibits Brahms’ own hand-written records. (I didn’t know and didn’t go …) 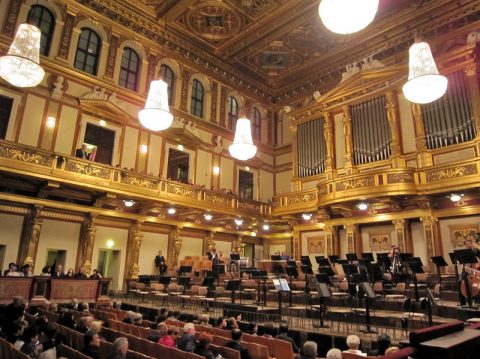 When you step into the big hall, there is a dazzling world of gold! The foyer of Musikverein is not as gorgeous as the National Opera House, so I was even more impressed when I entered this hall.

The percentage of spectators who dress formally is rather high (90% or more). Some of them don’t even stand on the stage, but look like a gentleman wearing a white bow tie! 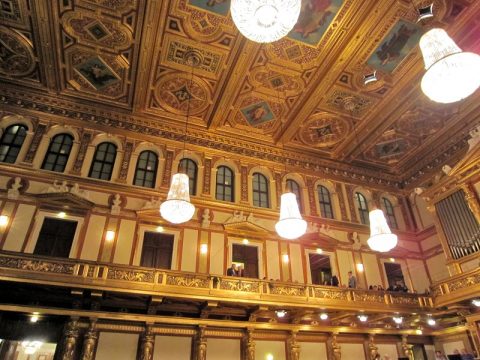 The decoration of the ceiling is also wonderful! This hall is a long type (shoebox type) and has a structure just like the concert hall (Takemitsu Memorial) of Tokyo Opera City. So maybe the balcony seats on the second floor don’t sound very good? 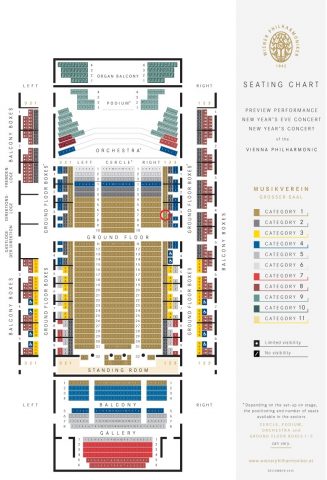 At that time, I watched it in the balcony seats on the first floor surrounded by red circles. Even with the balcony, the 1st row is in the 1st category and for this performance it was €105. 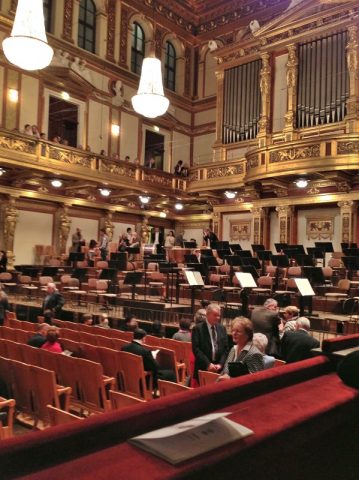 You can see both the audience seats and the stage in the Orchestra, so I think you can understand the atmosphere of the venue well. 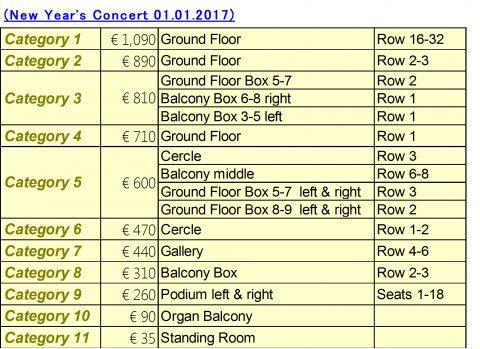 If you look at the ticket price for this year’s New Year’s concert, it’s about eight to nine times higher than the regular concert I’ve seen. Moreover, this is only the price when you can buy it at “list price”, so in fact, the price has increased several times due to the premium price and the intermediate margin by the dealer.

I would like to buy it at the fixed price and go to listen to it, but as I told you at 2016, I can only buy a premium ticket from a company or join a tour which costs nearly 1 million yen. 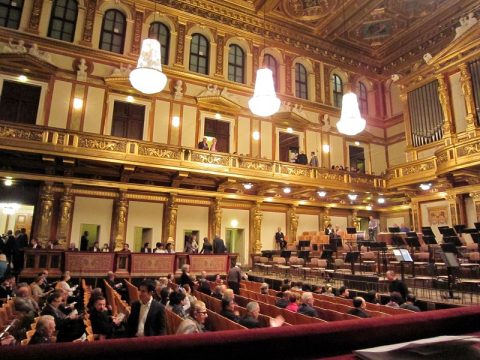 But if you watch the New Year’s concert every year, you’ll see a bunch of red and white flowers decorating the stage. I would like to see such a stage live someday.

You can apply for the ticket lottery starting from the 2nd of tomorrow through the Vienna Philharmonic website, and anyone can participate for free, so if you are interested, why don’t you join this year’s chance test? I think it’s a lottery, so I’m going to participate again this year.