On the way back from a day trip to Hai Phong from Hanoi, Vietnam, I tried Vietnamese food sold in the train from Hai Phong to Hanoi (Long Bien) and it was really delicious!

I found a cheap and delicious B old gourmet in Vietnam on the train! I would like to report the taste with a train ride from Hai Phong to Hanoi (Long Bien).

After sightseeing in Hai Phong, I will return to Hanoi by Vietnamese railway. This time, I’m taking the Hai Phone 18: 40 bound for Long Bien (Hanoi). 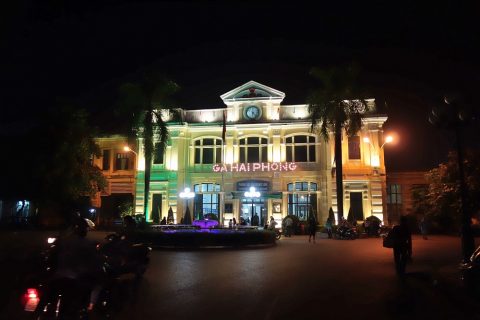 The starting station, the Hai phong station building, was built in 1902 in France. The illumination brings out a good taste! Hi-phone station is described in detail in the article “A tourist spot in Hai Phong, Vietnam! Tour the French Architecture (Opera houses, post offices, churches, etc.)“. 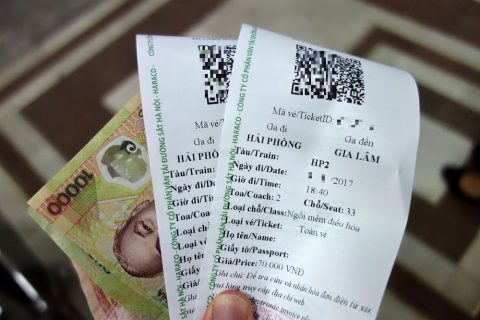 Buy tickets at the ticket window! I decided to buy two seats because I didn’t want it to be full like on the way there! Even soft seats with air conditioning (first-class car) are 70,000 dong per 1 seat , so I don’t regret it.

a train with sleeping compartments 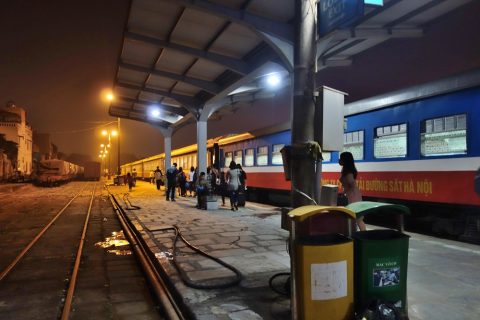 At this time, 15 minutes before the departure time, the train had already started to enter, so we headed straight for the train. The carriages are the same red, white and blue stripe color as on the outward route. 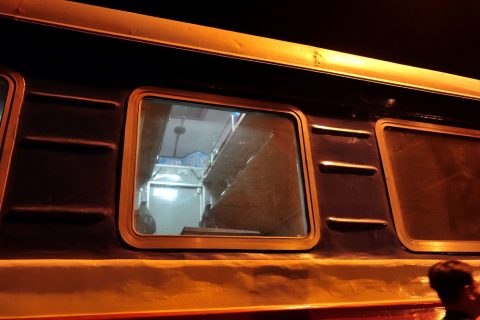 But this time, there was also a sleeping car. According to the website of Vietnam Railway, in the case of a long 10 car train, it often comes with this sleeping car, but in this operation between Hai Phong and Hanoi, it cannot be designated. 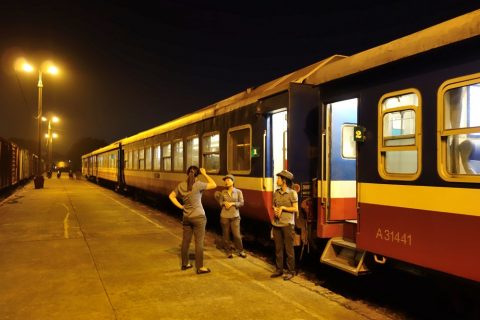 Show your ticket at the entrance and go inside. Unlike the Long Bien train station in Hanoi, the platform here is a little high, so the level difference between the platform and the train is slightly better. 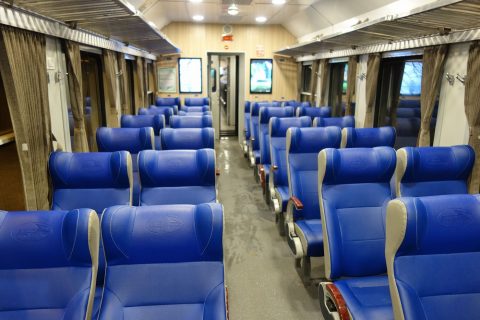 I was surprised when I entered the train! I had imagined it would be full, but surprisingly, there were only 5 passengers in the designated car number 2, including me. …。 Even though I bought 2 seats at a time, I did something useless. …。 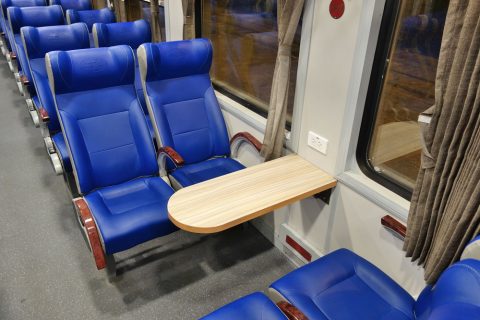 The ride this time is the same soft seat as the one on the outward route (first-class car). For some reason, I was assigned the Joint seat in the center of the car again this time! However, since there are no people, you can monopolize a big table, so it might be better to use this one when there are vacant tables. 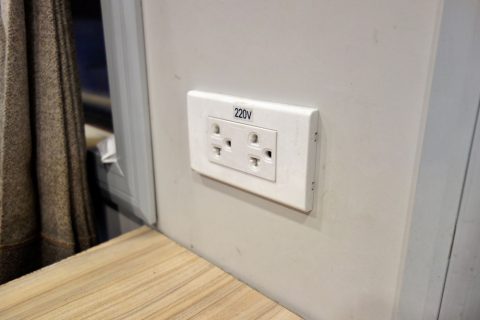 There’s an outlet on the wall! The Vietnamese outlet is convenient because you can plug in Japanese A type as it is! (Some models require a transformer.) 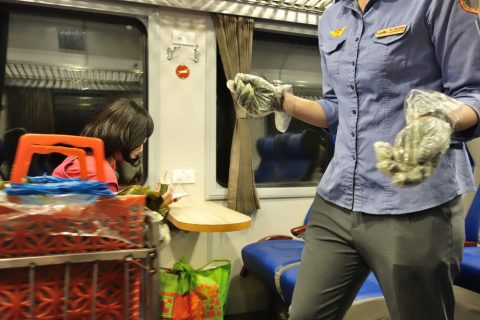 Well, about 30 minutes after the train departed on time (30 seconds before the appointed time, to be exact.), the first food cart arrived. Two salespeople wearing plastic gloves approach while working. 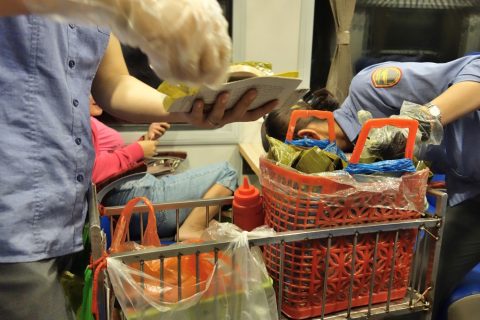 They made a gesture like “You want some?” so I said yes, and the food was served in a very heated manner. You can smell the salt! 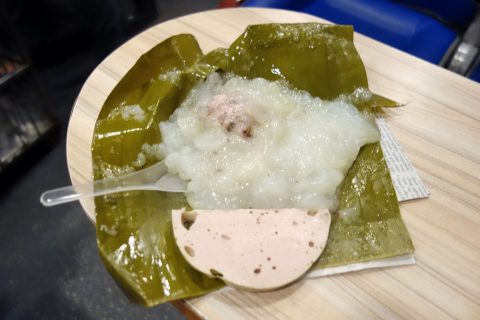 a white paste of rice served on bamboo leaves. It contains minced meat with pink Vietnamese ham (Cha Lua) on the side. The price is 30,000 dong. 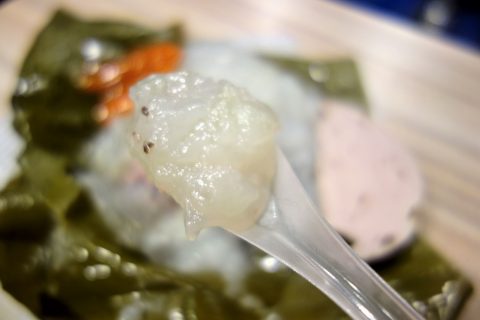 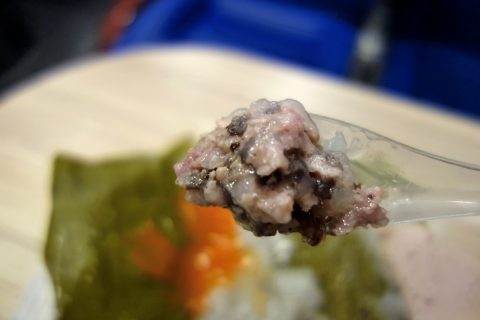 The paste-like rice has a texture like rice porridge, but it has a light salty taste. When you scoop it with a spoon, it becomes soft, translucent and has a beautiful color! It is hot and has a simple taste, and it is quite delicious!

Also, the round minced meat inside is salty and very delicious! It matches well with rice porridge, and it goes well with food! 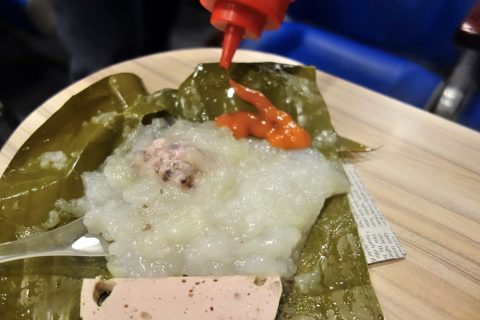 Also, I don’t recommend the orange sauce that was said to be “Chili” because it’s just spicy …。 It spoils all of the rustic flavors you’ve come to expect. 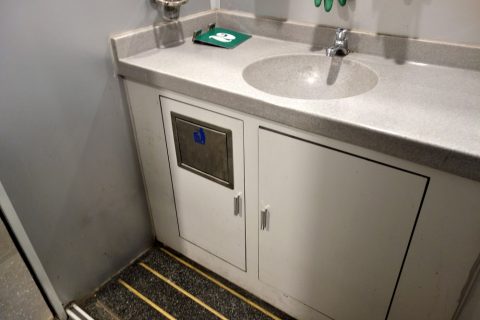 You can leave the empty containers on the table, but there is a trash can in the washroom at the end of the car, so it’s better to throw them away there. 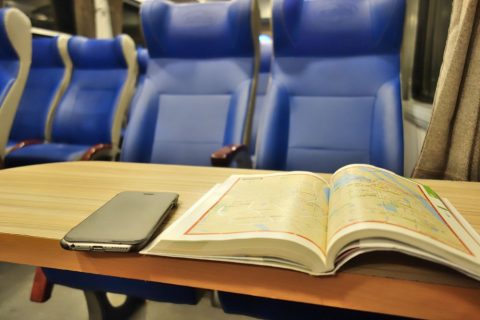 It was delicious! The Vietnamese dish I had this time, unfortunately, didn’t even have a proper name for it, but there is a custom in Vietnam to eat “Chimaki on Japanese” wrapped in bamboo leaves, so I think it’s probably a kind of “Sasamaki on Japanese” or something. 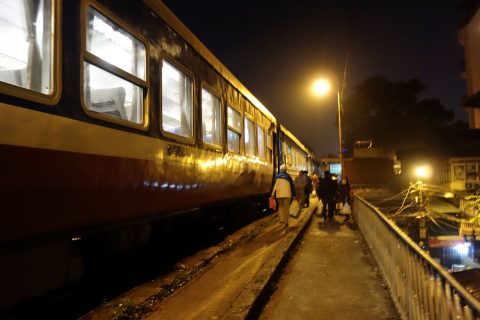 Take the Vietnam National Railway from Hanoi for a one-day...

On the way back from "Joseph Cathedral" which I introduced...