In Madrid, Spain, the Opera House starts out with “Teatro Real” in front of Metro Opera, but do you know of another Opera House called “Teatro de la Zarzuela”?

Like Teatro Real, Teatro de la Zarzuela has a long history dating from the mid- 19 century. This time, I would like to report everything from the arrangement of the performance ticket to the access to the venue, the seats and the foyer. 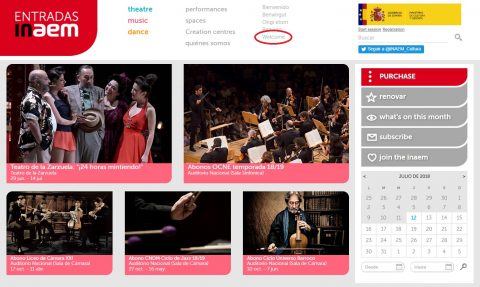 Tickets for Teatro de la Zarzuela can be purchased by credit card from the official website. It’s a little hard to understand, but it also supports switching to English. 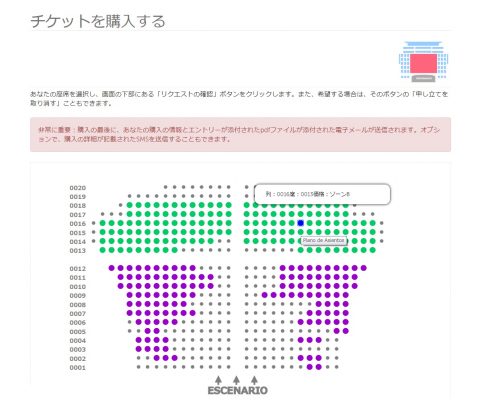 You can also specify your seat! This time, even though it was the last performance in May, the ticket was sold in August of the previous year!

But not all the tickets go on sale 10 months in advance, and every summer, tickets for the next season go on sale all at once. 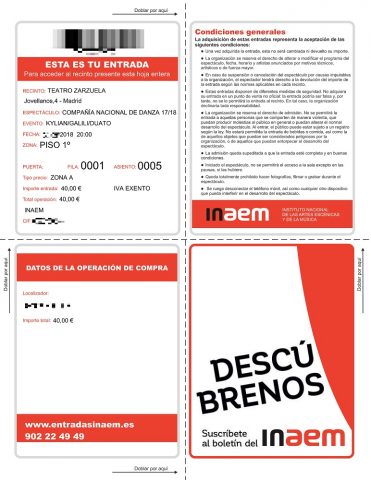 The colorful E-Ticket is Spain, isn’t it? The design of the ticket is exactly the same as that of the Madrid National Music Hall.

The closest train station is Banco de España on Metro Line 2. But it didn’t take long to walk from the nearest Gran Via. 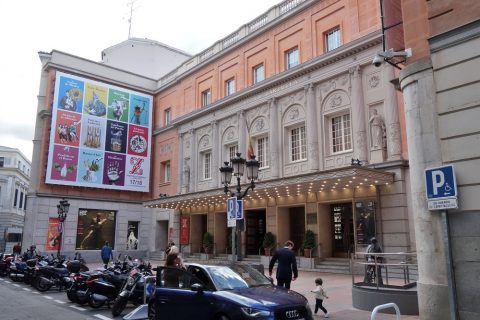 A facade in a narrow alley. The Teatro de la Zarzuela is buried in a forest of buildings, and you may pass by without noticing. 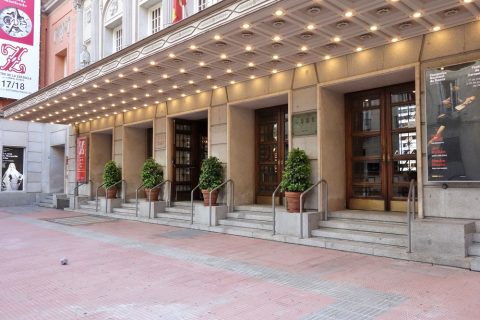 It looks more like a musical theater in London than an opera theater. The company has a long history, dating back to 1856. 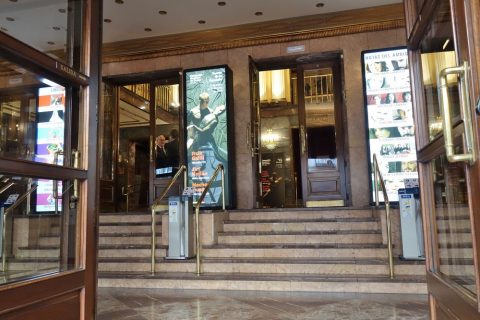 This performance starts at 20: 00, but the entrance had already started after 19 o’clock. You enter from the entrance and get a ticket check at the first door. Unlike Garnier in Paris, there is no security check by metal detectors. 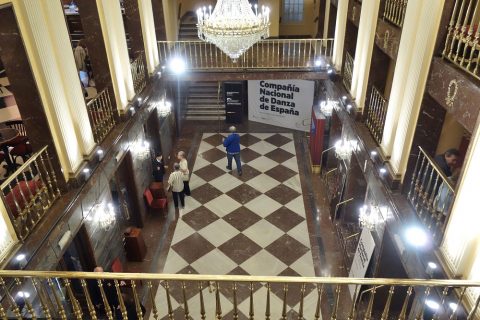 Once inside, there is a dry foyer. It is very narrow and there is no bar, etc. It is somewhat lonely …。 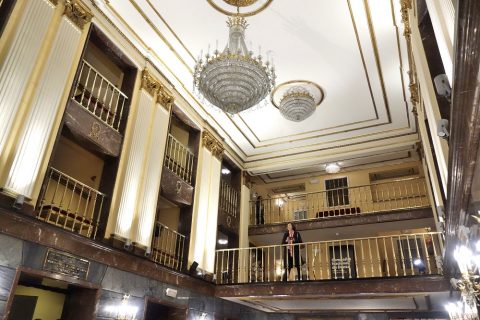 It looks like this when you look up from below. There are chandeliers, but there are few gold ornaments or portraits, and they are too small and too luxurious to be gorgeous at all.

It would be nice to have a gorgeous staircase with a red carpet.

A bar on the 2nd floor where you can eat “Pinchos”. 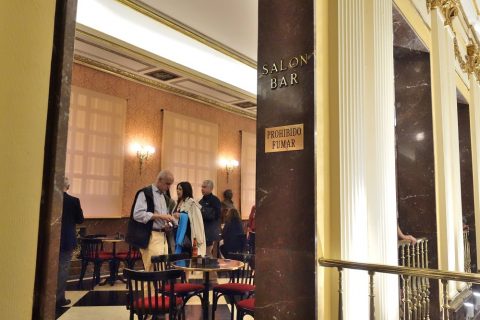 There is a bar area on the second floor of the foyer, right next to the wipe, and it is the only place in the theatre where drinks and snacks are served. 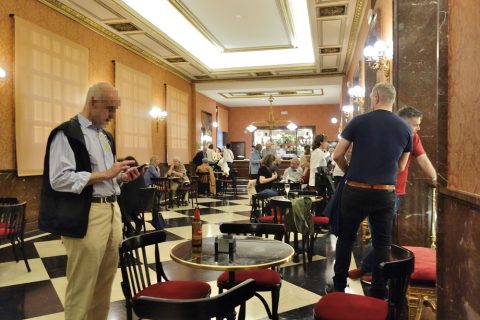 Inside, chairs were arranged on a round table, and it felt like a cafe. You can order and pay for drinks at the counter in the back, and everything is self-service. 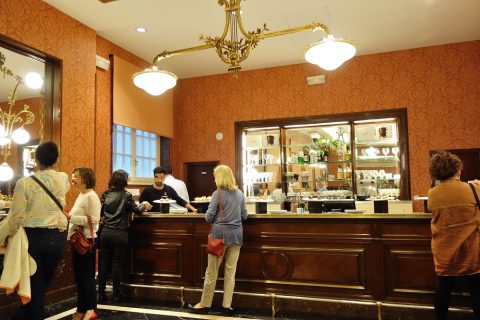 The selection of drinks is not inferior to other opera houses, but the fact that “Pinchos” is served as a light meal is very Spanish.

Pinchos are bite-sized pieces of bread with ingredients on top, and a toothpick shaped pin is stuck on the key to prevent the ingredients from falling off the bread. It is a standard snack menu at a bar in Spain. 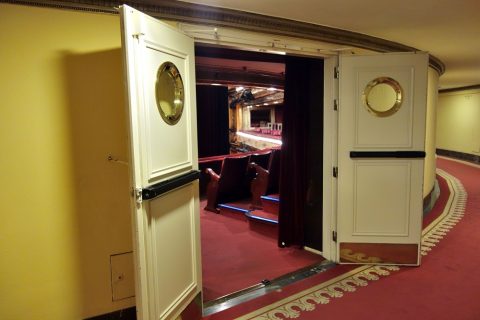 Then, let’s go to the audience seats! We were able to enter the hall at 19 o’clock, but we couldn’t enter the auditorium until 30 minutes before the curtain time. 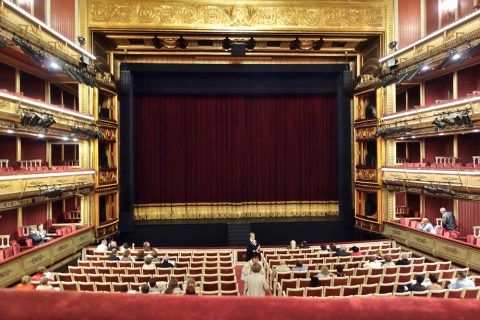 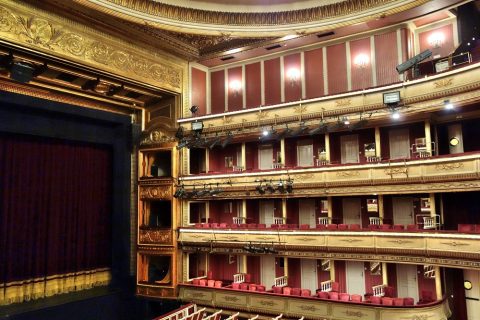 The opera house was built in 1856 but was destroyed by a fire in 1909. It was rebuilt four years later and survived the war. 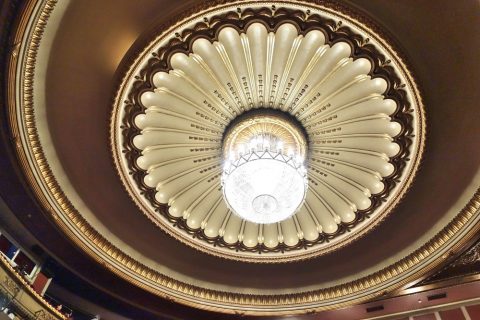 There is a big chandelier on the ceiling. The design of the light bulb is similar to the one in the foyer. 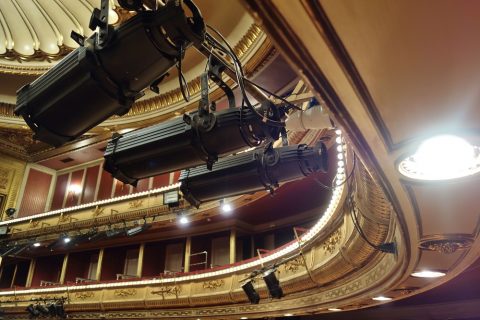 The floor creaks when you walk. Historical buildings are nice, but perhaps because they are not cared for very often, darkening is noticeable here and there. Since it’s been more than 100 years since the reconstruction, the full-scale renovation work may be coming soon. 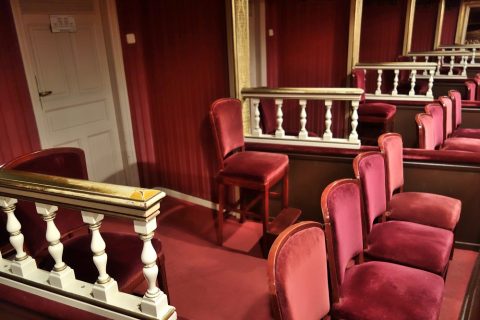 The balcony seats on both sides look like this. 6 people per room. Like other opera houses, it is not a fixed chair, so it is a little flexible by tilting the stage at an angle that is easy to see.

The 2 seats in the back are high chairs, but if you go upstairs, you can hardly see the stage, so many people stand to watch. 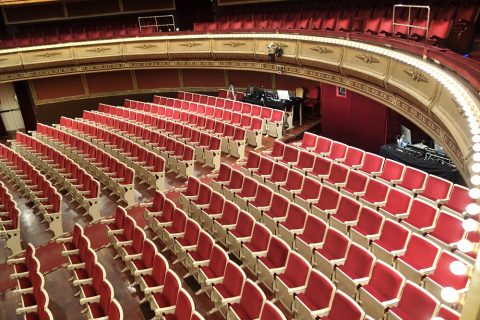 Hiradoma is a general arrangement with a passage in the middle. Even in the last row, if it is the middle seat, the overhang of the upper floor does not come overhead, so I think the sound is easy to hear. 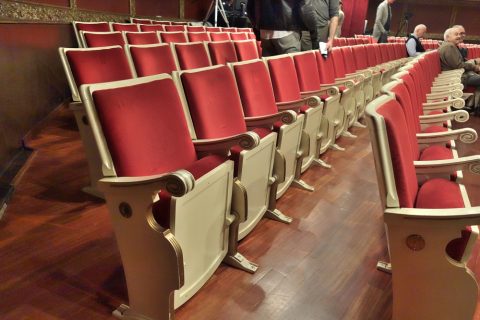 The structure of the seat is new compared to the upper floor, and the seat pitch is wide. Well, it may be worth the price.

The staff’s service is good! The seats are narrow. 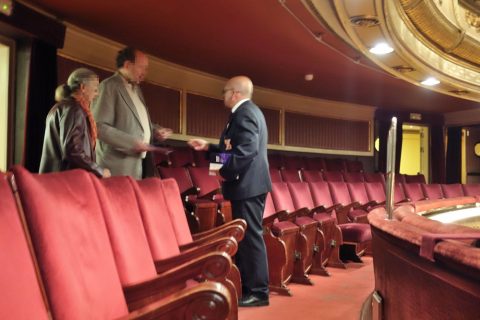 As soon as I entered the auditorium, a staff member came to see my ticket. They kindly guided me to my seat and gave me a free program. The service was very polite and I had a good impression! The service is polite in all theaters in Spain. 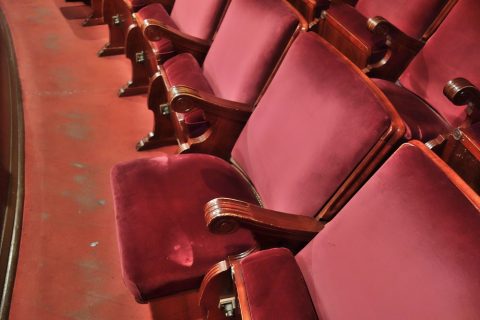 This time, the seats are on the second floor, but only the first row is wide, and the second and subsequent rows are extremely narrow. As far as the view is concerned, you should get a seat in the front row even if you have to push yourself a bit! 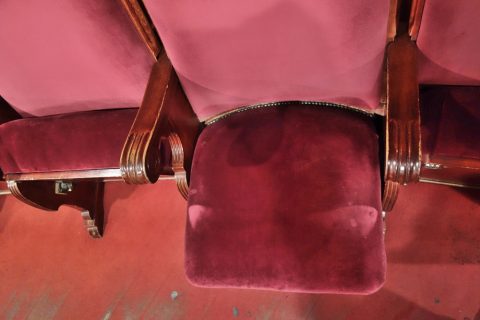 The feet are wide, but the seat width is very narrow …。 and the weight is 44 cm, which is the same as Tokaido Shinkansen. In addition, the front of the armrest is designed to be raised in an unusual way, so if you put your elbow on it, your shoulder will be stiff.

It can’t be helped because it is an old specification, but I want it to be repaired as soon as possible.

Only dance performance is sleepy … 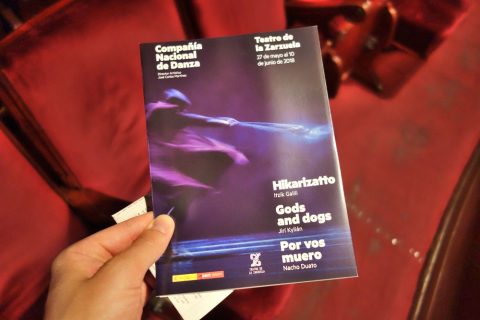 Now, this program is called “Compañía Nacional de Danza”. It’s a performance by the National Dance Company, a dance company in Madrid.

If you look at the website, it seems that they also do ballet such as “Don Quixote”, but this time they are not such historical works, and they are completely modern works. There are a couple coming out and they just dance in order, but they often don’t have the same movements, so I think they are a bit irritated …。 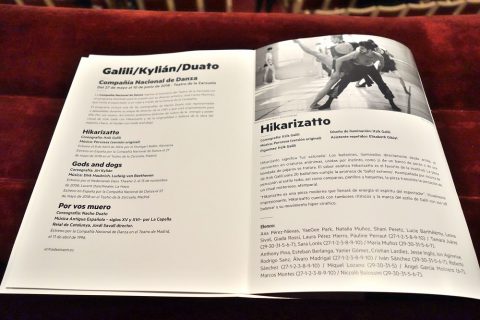 Furthermore, all the music was recorded and there was no performance by the orchestra. As a musician, this is a little fatal …! This time I could only choose this day due to the schedule, but I can’t believe it was like this. …。

I was so sleepy that I was unconscious all the way!

a rather disappointing opera house 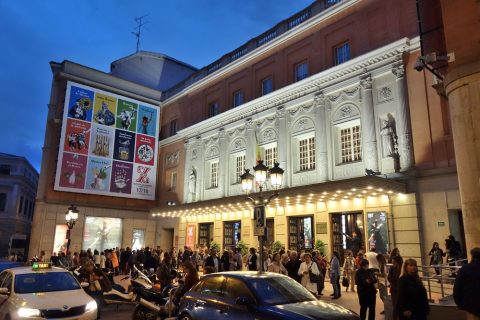 With this in mind, I reported on “Teatro de la Zarzuela” at the Opera House in Madrid, Spain. Although its history dating back to the 19 century may feel old, it is merely a “antiquated” and the weight of history is not felt very much …。

It was a little disappointing Opera House where I couldn’t get excited from Foyer! If there is any interesting performance, I would go there again, but I might be disappointed if I go there for preview.