This time, it’s about Sentosa Express in Singapore. Sentosa Express is a monorail that connects mainland Singapore and Sentosa Island. In addition to how to ride it and how much it costs, I stopped over at every station and saw what kind of sightseeing spots there are in front of the station.

The main feature is the huge Merlion statue. At night, you can see the side of the strong side illuminated, so you can enjoy it quite a bit.

Sentosa Island lies at the southern tip of Singapore. It is a small tourist island located about 1 km from the mainland. There are several ways to get to Sentosa Island and you can walk or take a taxi, but I think the Sentosa Express is the easiest and most popular.

The Sentosa Express leaves from Sentosa Station, accessible from HarbourFront MRT Station. It is about 10 minutes from the city center, so the convenience is perfect. HarbourFront station is a big shopping center. Follow the directions to the Sentosa Express platform. 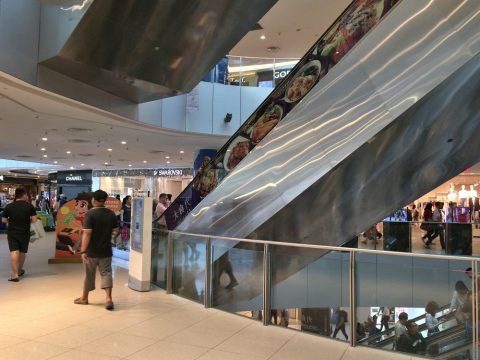 The platform is level 3. Take several escalators from the MRT station to the top floor. The Sentosa Express fare is $4. It is quite expensive compared to MRT and buses that you can ride for about $1! However, the entrance fee ($1?) is included, and once you enter the island, there is no additional fee unless you leave the island, and you can ride as many times as you want.

By the way, even if you go to Sentosa Island on foot, there is a gate at the foot of the bridge and you have to pay an island admission fee. 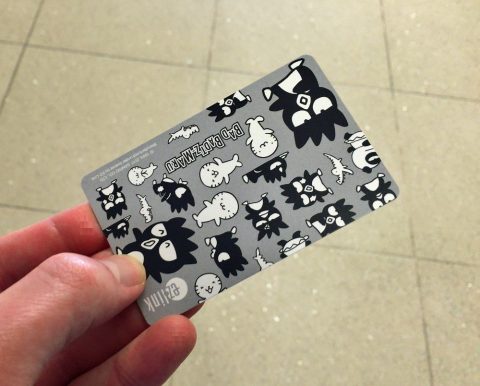 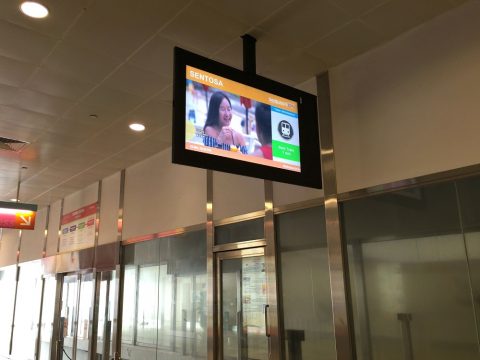 Sentosa Express opened in 2007, and this year is the 10 year anniversary. It is a full-screen type platform door that covers the ceiling, and it is very safe. But the platform is poorly lit and fairly dim …。 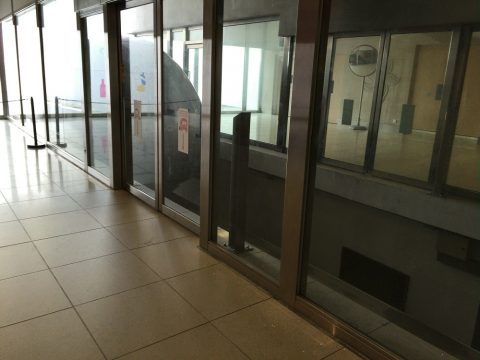 This time, I missed the train very soon, but the next train came in less than 2 minutes. It seems to run about every 3 minutes. 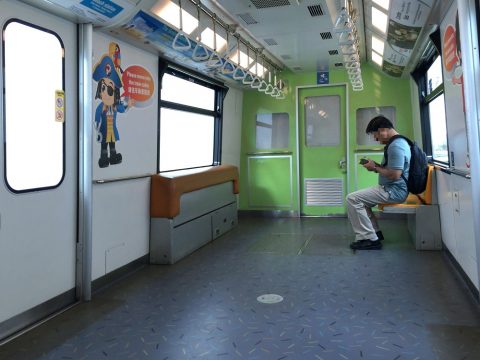 It was evening, but the passengers were sparse. But the train is short with 2 cars, so it will be very crowded during the busy season. 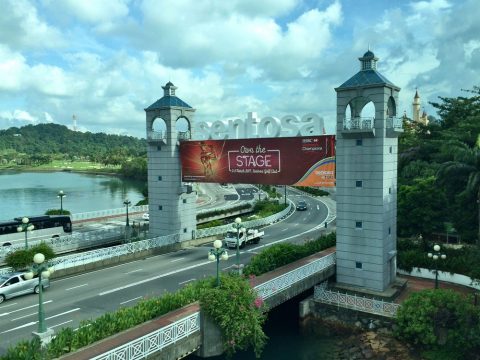 The monorail is as fast as a bicycle and very relaxing. It is completely a train for sightseeing. Instead, I think you can enjoy the view. When I look out from the train window, it gives me a better feeling of “land of dreams” than Tokyo Disney Resort. 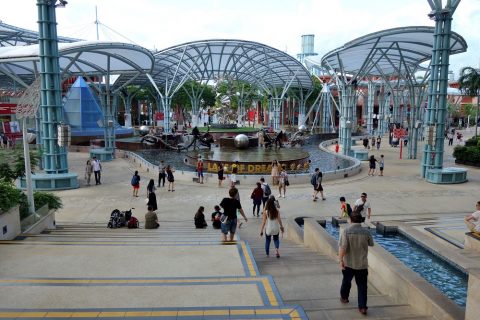 We entered Sentosa Island and arrived at the first station, Waterfront Station! This is a place where shopping centers and restaurants gather. It is the most prosperous station along the Sentosa Express. This is also the nearest station to Universal Studios. There is a shopping mall with an arcade until the next station. The whole town looks like a theme park. Is it similar to Ikspiari in Maihama? 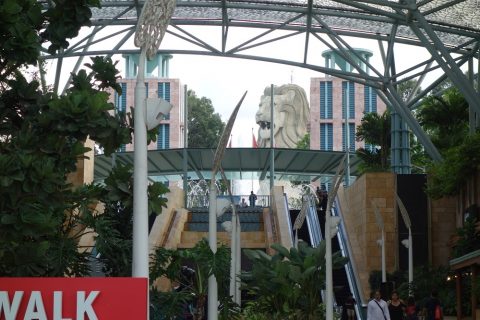 After a short walk, I saw Sentosa Merlion in the distance! Let’s go to this foot next time. 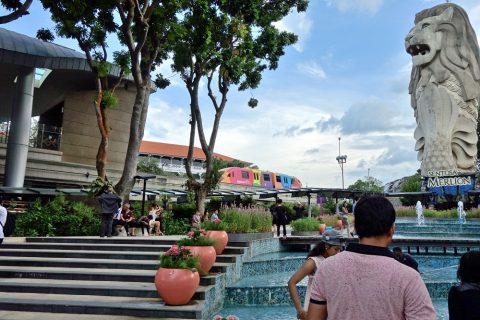 It is the second station, Imbiah. It’s only 200 meters away from the neighboring Waterfront station, so you can easily walk there. A huge Merlion welcomes you in front of the station! 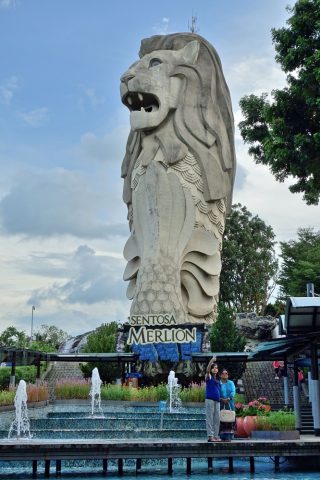 It is the largest of the 5 Merlion statues in Singapore, but it is only 37 meters tall. The inside is an observation deck, so you can climb it, but the price is $12, which is quite aggressive considering the height. 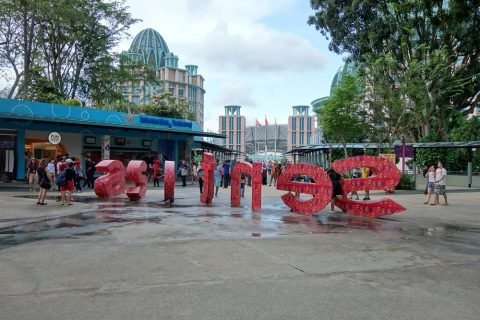 There is an object of “sentosa” in the front, so it seems that the patchiness is standard in the front. It’s not as crowded as the original Merlion Park, so it’s easy to take pictures. By the way, it’s like this at night. It’s much more powerful than what we see in the daytime! And the third station, Beach Station. This is the last stop for the Sentosa Express. There is nothing special in front of the station; there are only a few bus terminals, shops and cafes. However, it is good that it has a resort atmosphere. The main reason I came here this time is to buy tickets for the light show “Wings Of Time”. The Wings Of Time is a show using water, sound and light, which is held on a special stage built on the beach near the Beach station, and I will tell you about it next time.