This time, I would like to take a closer look at the shower room of Sakura Lounge in Haneda Airport Terminal 3.

Shower rooms are one of the essential facilities for airport lounges, but there aren’t many places where they are installed, maybe because of the difficulty of maintenance and management. There are six booths in the Sakura Lounge at Haneda and international flights, and I would like to check their usability.

It was unexpectedly empty in the evening!

I arrived at Sakura Lounge from 17 o’clock to 17:30 in the evening. We first went to the dining room to have a light meal, but it was crowded and not comfortable. 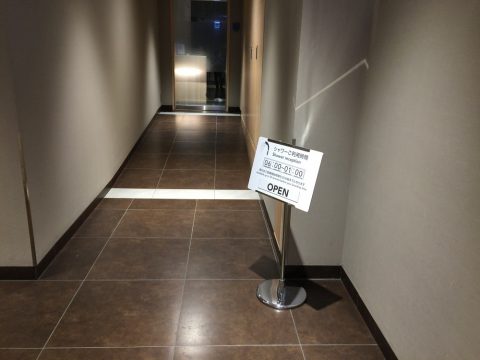 I wanted to go there by a time difference, so I went to the shower room. There is an entrance on the right side of the reception on the 4th floor. 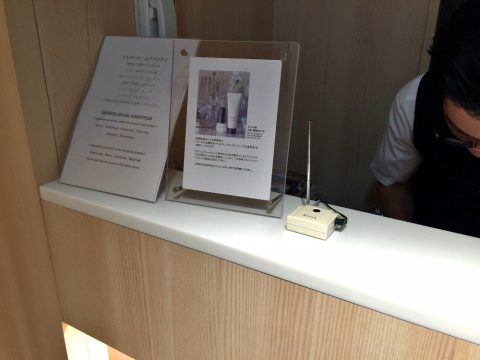 I thought that the shower was full because I turned my eyes away from the crowded dining room, but only one room was in use! Surprisingly, it is not crowded at this time. 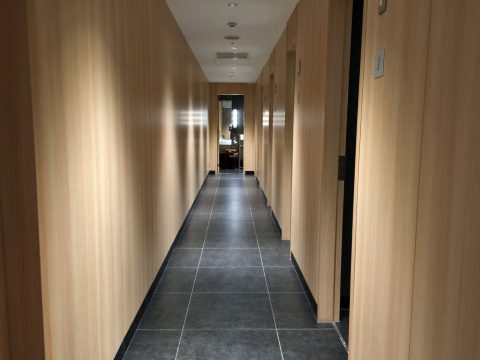 private room with a toilet 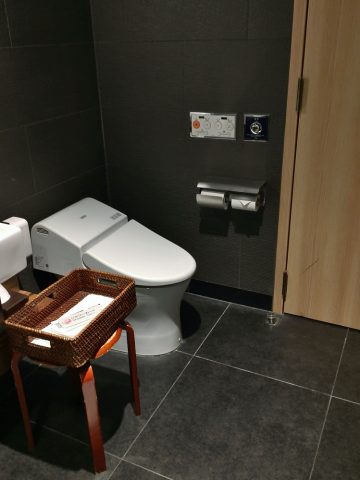 The shower room is about 3.3㎡. It’s nice that it has a toilet. The old Sakura Lounge does not have a toilet, which is the same as the current first class lounge. But, if there is no toilet, I have to use it in the shower room, so maybe it’s better for hygiene. 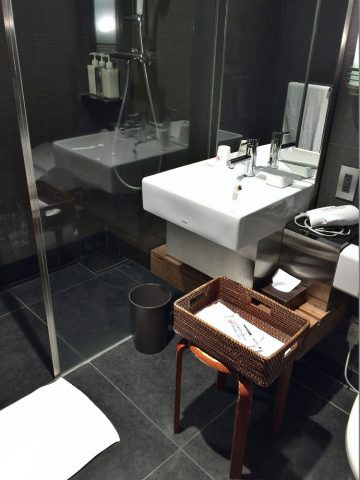 I was assigned a room number 2 this time, but I could hear a lot of voices as it was close to the reception. I feel calm in a more isolated space, but I can’t help it. 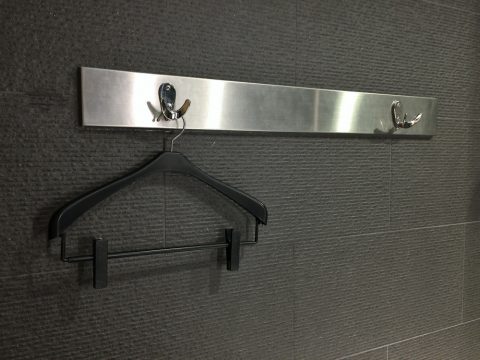 Also, the next room can hear the same sound. You can hear the sound of a shower, a toilet flush, or even hanging clothes on a hanger. The walls don’t seem to be soundproof. 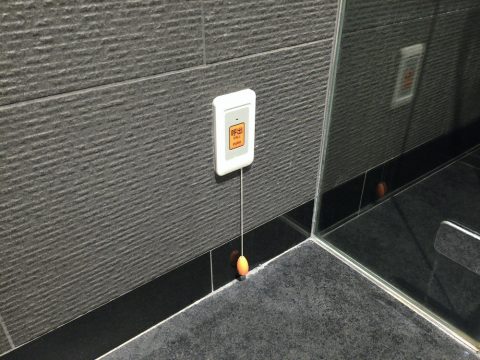 By the way, when I was going to change clothes to take a shower, the person in charge knocked on the door and said, “What seems to be the problem?”. I was wondering what happened, but it seems I pressed the emergency button by mistake.

It is installed on the wall near the floor, so you pushed it when you put your suitcase on it. … Sorry for the trouble!

Wide and easy to use shower booth 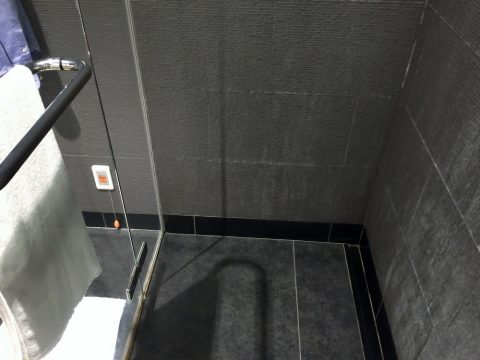 The shower booth is large enough. Even if you spread your elbows sideways when you wash your hair, it won’t hit the wall. 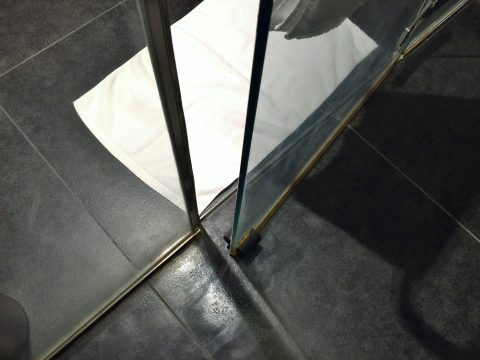 The glass door is tightly sealed, so you don’t have to worry about steam leakage. Also, the floor was clean, so I didn’t feel unsanitary. 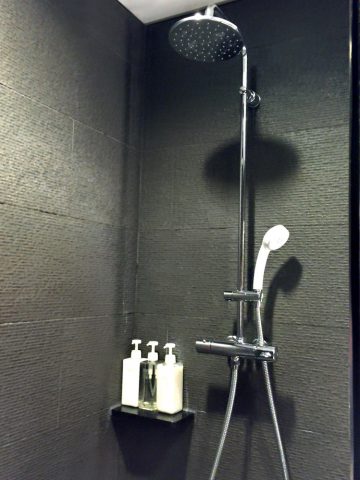 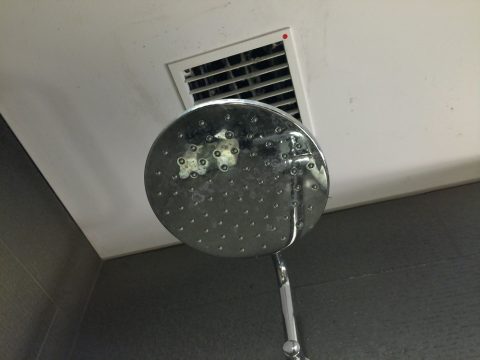 It also has a rain shower. 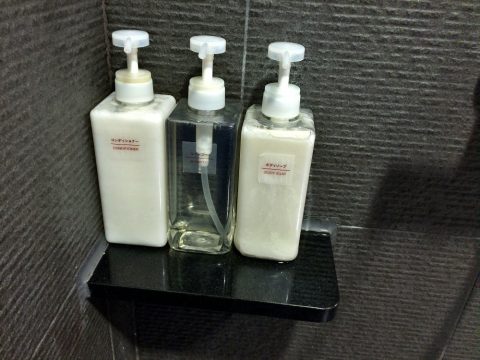 Shampoo, conditioner and body soap are provided. I used body soap, but it was not diluted with water like in some health spa, and it foams well.

How useful is the washbasin? 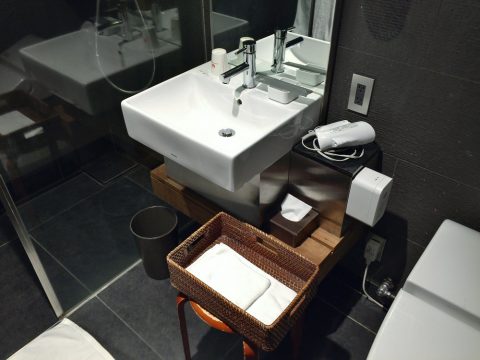 After taking a shower, I set my hair at the washstand, and I thought it would be better if the room had a little more brightness. This is still brighter than the first class lounge, but in dim light, the reflection of the face in the mirror makes it difficult to see the shading of the hair, which makes styling difficult.

In addition, there are toothbrushes and cotton swabs in the washstand, but I would like to have hand soap if possible. I don’t want to go to the shower booth to get the body soap to wash my hair. 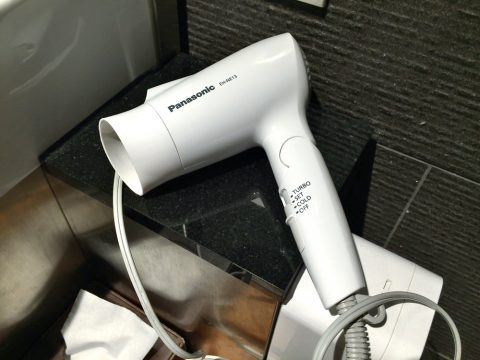 As for the dryer, Panasonic’s EH-NE 13 has already been paid for, but you can buy it at the market price of about 1,800 yen. It doesn’t have a “nanocare” function, but it’s enough to dry your hair. 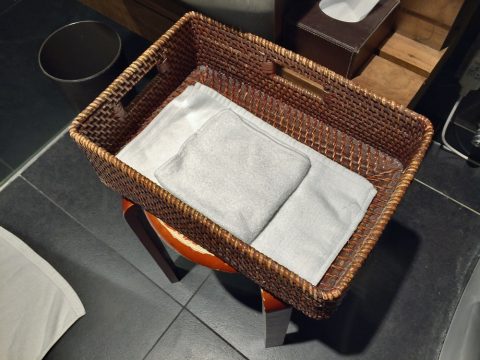 Also, I thought it would be nice if there was a small stool, but when I think about it, there is a chair hidden under the basket with this towel. I feel uncomfortable even if I close the lid of the toilet seat, so this chair is useful.

Is it more convenient than the first lounge? 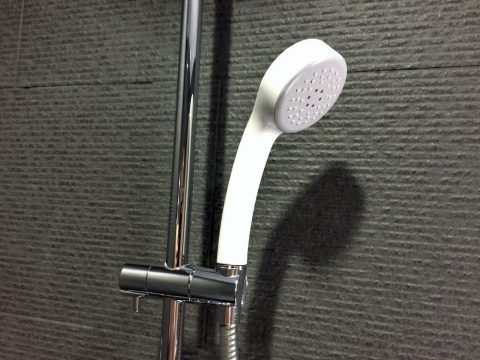 When I look at the shower room of Sakura Lounge as a whole, it doesn’t seem to be hard to use. At least it’s a lot easier to use than a shower in a dimly lit first class lounge without a toilet.

There are 6 shower rooms, and if you add 2 sky view lounges, there are 8 shower rooms, but if you consider the time for cleaning as well as the 1 hour usage per person, …, it is better to secure early in the busy season.

I'm coming to Narita Airport! I'm on my way to Bangkok, Th...

After finishing sightseeing in Bangkok, Thailand, I will g...

A light meal service and a Diamond Premier lounge at Haned...

After arriving in Doha from Vienna, he returned to Al Mour...

I will report on a tour of lounges at Bangkok Suvarnabhumi...

I used the Cathay Pacific Lounge at Kuala Lumpur Internati...

This time, I would like to report the "Lufthansa Business ...

I stopped over at "Dnata Lounge" at Changi Airport Termina...

There are three departure gates, K, L and M, in terminal 2...