I stayed at SALIL HOTEL SUKHUMVIT SOI 11 in Bangkok this time. It’s a JAL Dynamic Package sale item, and it’s the hotel on the first headline.

Expedia’s rating was a 4 star hotel with a subtle number of 3.8, and I didn’t like it very much, but it was close to the lowest price and there were no other good hotels, so I had no choice but to say …, but for “lowest price” it had a solid structure and the reception was good, so it became a fairly comfortable stay.

A 4 star hotel located in the bustle of the city

I arrived in Bangkok using JAL at 23 o’clock this time, and as it was late at night, I took a taxi from the airport to the hotel. 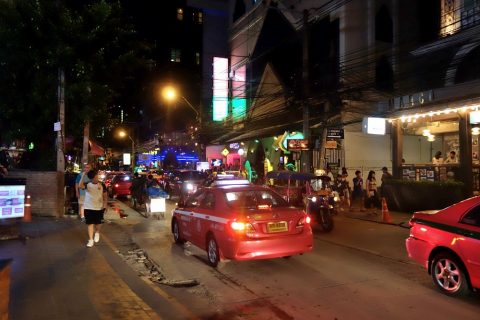 When I arrived at the hotel, it was around 0 o’clock, but I got off the taxi and was surprised by the hustle and bustle! The road in front of the hotel is narrow and one lane on each side, but neon lights illuminate the roadside and loud music is played everywhere. And I’m already worried that I’ll be able to sleep in a hotel on …, a road filled with traffic jams.

By the way, if you go by train, the nearest station is NaNa Station of BTS. It’s only 2 ~ 3 stations away from downtown Bangkok, so it’s a convenient place for shopping and dining. 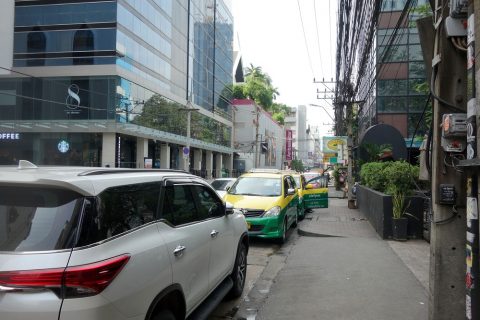 There were some reviews saying that “3 minute walk” from the station to the hotel, but actually it takes 5-6 minutes as I walk on a narrow sidewalk with half of the pavement broken. If you go to Chit Lom, which is two stops away, it will be a clean, urbanized road, but this area is still under development. 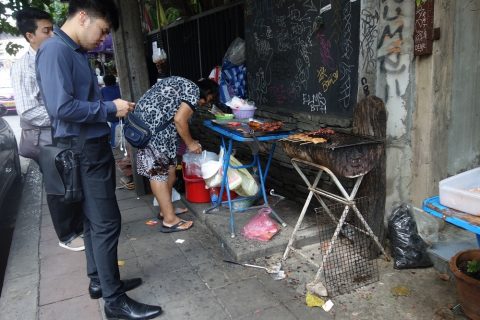 There are many stalls on the sidewalk to NaNa station, and even though the smell of grilled meat and fish drifts in the air from the morning, the sanitary conditions are not so good. In recent years, the Thai government has stepped up efforts to regulate street stall businesses. 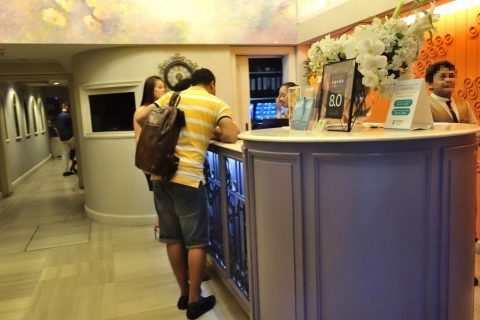 When you enter the entrance, there is a small reception and lobby. I checked in after 0 o’clock, but there were 2 people stationed at the reception. It was a little hard to understand English, but the service was kind and polite and good! Also, I had already paid the full amount for the package tour this time, but I was asked for a deposit of 1000 baht. 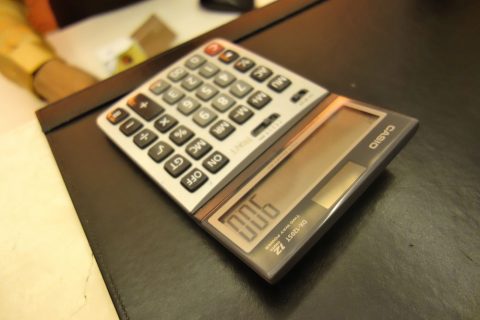 At first, I was shown a room on the fourth floor. As mentioned above, I wanted to get away from the hustle and bustle in front of the hotel, so do you have a room on a higher floor? When I asked, they told me that it is possible to upgrade at 300 baht per 1 night. 900 baht for 3 nights and cheap if you can get silence! 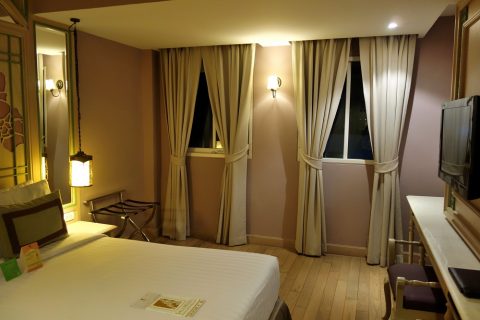 This is the room on the ninth floor. If you look at the homepage, there are 8 types of rooms of this type, each with a flower name such as “Lotus” or “Sakura”. My room this time was Room 904, and as far as I can see in the picture, it was probably the “Orchid” ‘Orchid’ room. The room is 25 m2, so it is large enough. The room lighting is a little dark, but it would be good if it had such brightness in a 4 star hotel in Southeast Asia. The bed is queen size. The hardness was just right and it was comfortable to sleep. The pillows were relatively low, so it was helpful! 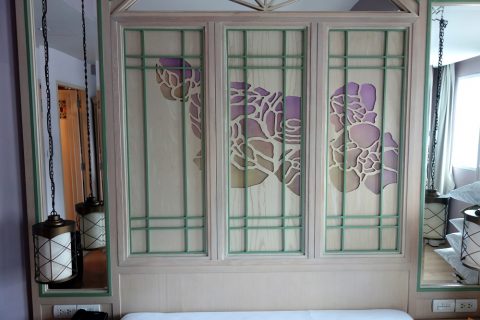 The head of the bed features a sculpture of an orchid, the symbol of the room. Next, let’s look at the indoor facilities. The refrigerator has a decent capacity. It contains mineral water, but this is a mini bar, so don’t drink it (lol)! A bottle of 500 ml mineral water costs 50 baht It’s cheap for a mini bar in a hotel. Coke and Sprite are the same price, but the interesting thing is they sell “condom”! It is a fixture unique to Thailand that is open to sex. There is a microwave on top of the refrigerator. There are a few dishes. In addition to the mini bar, welcome drinks were also prepared. I was expecting something dry and unpleasant to eat because it is a hotel brand water, but when I tried it, it was surprisingly mild and not bad. I stocked 2 of them every day. Then the bathroom. The door to the bathroom is a rare wooden double door. There is no glass in the flower pattern on the upper part. 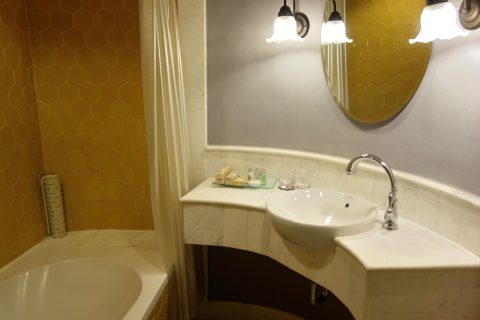 This room has a bathtub. The size is good enough and the water pressure of the shower is not bad. There is a space on the side of the washbowl which is easy to work with, and the lighting is brighter than in the room (lol). 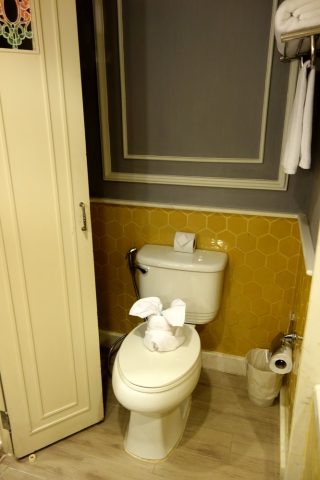 There is no problem with the cleanliness around the toilet. However, the back side of the toilet bowl was blackened by dust, but it is acceptable because it cannot be seen unless it is peeked.

How about the soundproof performance? What bothers me is the soundproof performance. On the 9th floor (11th floor in Japan), I could hardly hear the hustle and bustle of the road, so I could say that the effect of upgrading for 1 night for about 1000 yen was there. The windows are not double sashes, so I think the lower floors are pretty hard. 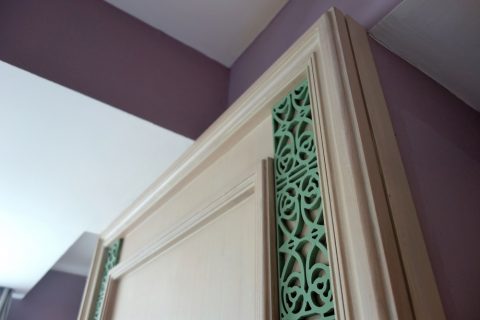 However, even if you don’t mind the noise outside, the sound insulation performance with the next room is not good. As might be expected, there was almost no speech, but the most noticeable was the opening and closing of the door. 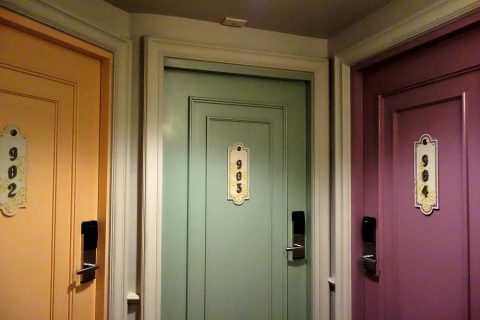 This is because the entrance of this room 904 is close to the doors of 3 rooms, so whenever the door of the next room closes, a big sound like “Bam” echoes. Even after I went to bed, this noise woke me up twice. It’s natural to be concerned about this kind of familiar noise instead of being quiet outside.

Is a discount tour possible? So “SALIL HOTEL SUKHUMVIT SOI 11”, the comfort was just like Expedia’s evaluation “3.8”. I think it is a hotel you never have to choose if you arrange hotels in Bangkok individually, but if you can stay with a cheap package, there is no problem.

If you plan to stay at this hotel in the future, I strongly recommend upgrading to a higher floor.