Yesterday’s article featured the beautiful seats (lecture hall) at the National Opera of Paris “Garnier”, and there is even more gorgeous and beautiful space in a corner of the foyer.


“Golden Room” located in a corner of the foyer

The structure of a garnier foyer is quite complicated. There are many floors, and I often get lost when I get to my destination …。 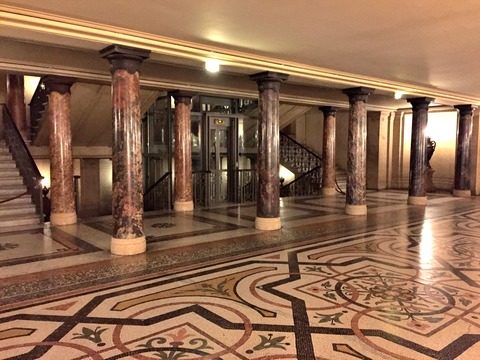 The “Golden Room” that I had been hearing about for a long time was on the corner of the upper floor facing the grand staircase. Go up the stairs on the opposite side of the door to the audience seats, and go down the hallway to see the entrance.

I went inside slowly, and it was … 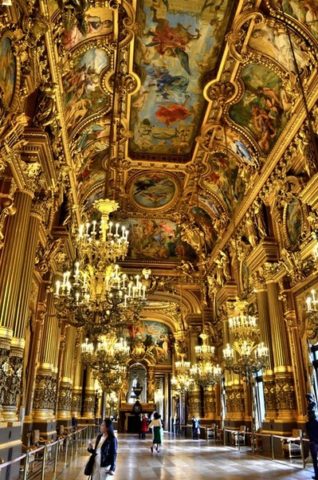 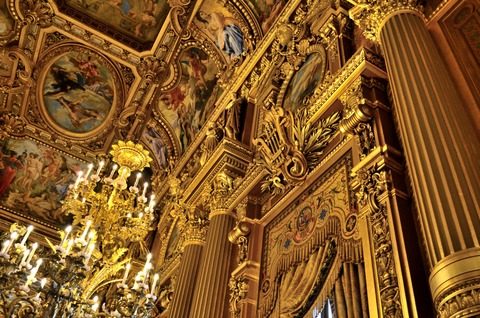 Wow! No matter where you look, money, money and money! 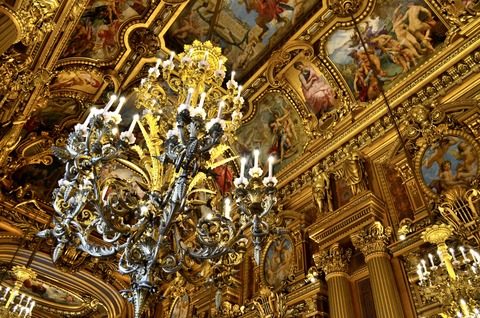 A chandelier that looks like it is studded with stardust … The breathtaking beauty of this is truly beyond description! 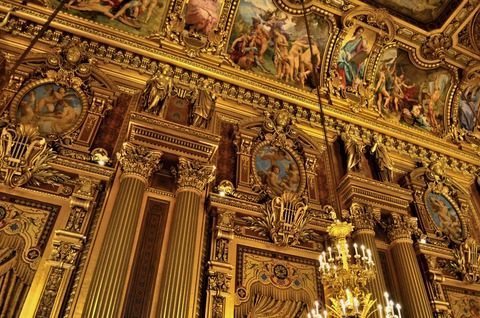 The ceiling of this hall is said to be as high as 18 meters, and you will be overwhelmed by the towering golden pillars. 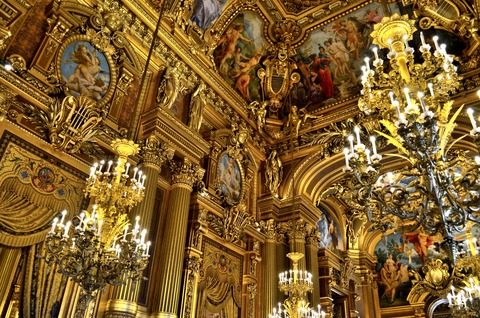 The corridor was originally built as a “reception room” for ladies and gentlemen to socialize. wikipedia says “main rest room”. It’s like watching a “opera” show is secondary. 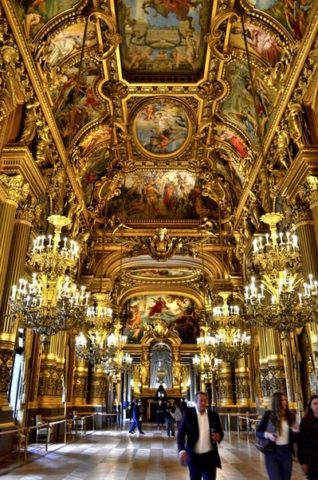 By the way, it seems that you can enter Garnier as a museum for 11 €when there is no opera or ballet performance.

But if you pay 11 euros to get in, it’s much cheaper to buy the cheapest category of tickets for the ballet (10 €) and then get dressed up and experience the ballet and ballroom. 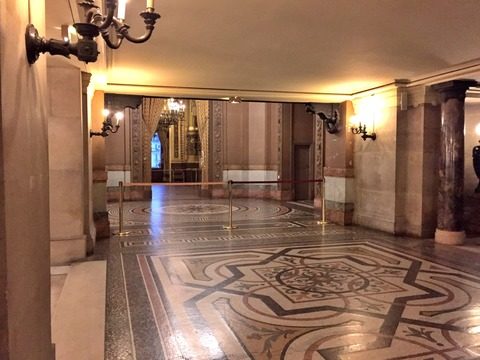 Also, when I visited Ogon-no-ma after the performance, there was a rope at the entrance and I could not enter. I think it is best to visit before the curtain rises because it is crowded and there is little time during intermission.

The program I saw at Garnier this time was ballet performance <<Giselle>>. When I went to the foyer during the intermission between Act 1 and Act 2, it was crowded with many ladies and gentlemen. 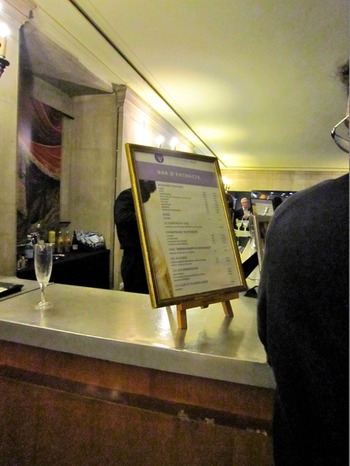 There were bar counters on each floor, but I went to the hall near the entrance of the Golden Room. I’m a little hungry, so I’ll buy a bagel and eat it at the counter. 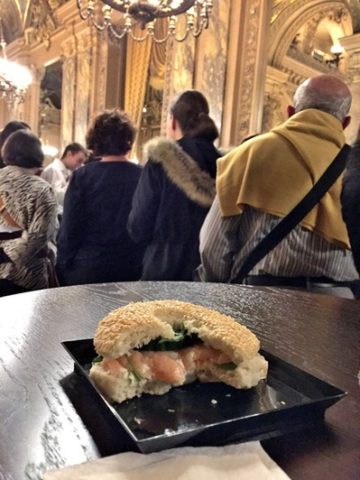 However, while eating this, the bell to announce the start of the performance starts ringing as soon as possible. 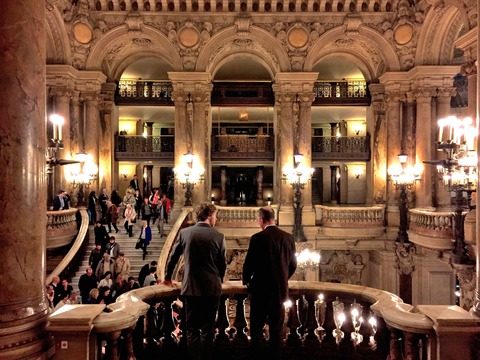 The break lasts 15 minutes, and the bell starts ringing 10 minutes before the end of the break, and it goes on for 5 minutes …。 until it sounds like an alarm clock. At the Opera House in London, there was a 30 minute break so I had plenty of time, but if it was so short I would end up standing in line at the bar.

It is best to go around various things including the entrance to the golden room and the social hall experience before the performance. 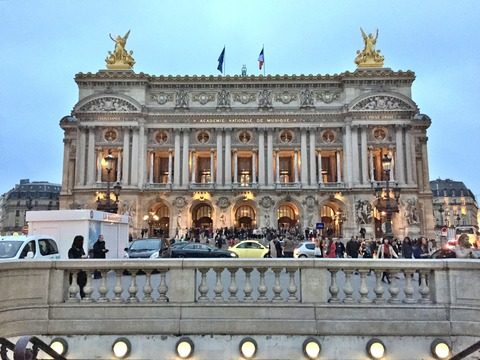 My first impressions of infiltrating the Paris Opera House “Garnier” are gorgeous and beautiful! If so, I thought it would be a good idea to enter a ballet performance that I am not interested in at least (10 €) and just observe the foyer without sitting in the audience. In fact, I dashed to the bar counter at the beginning of the break, but there were already several people enjoying wine and snacks at that time, so some people probably didn’t want to see the performance.

The golden corridor is so beautiful that you will never get tired of it. I would like to visit again next time.