Speaking of Nobuyuki Tsujii, a Japanese pianist who won the first prize at the Van Cliburn International Piano Competition in 2009, after listening to him 2 times live in Sydney the other day, I realized anew his high performance. Even compared to the performance he heard on TV when he became famous just eight years ago, I feel that he has grown up one or two more times.

Speaking of the Van Cliburn International Piano Competition, it has been held once every 4 years since May 25 in Fort Worth, Texas, the United States. As a composer and a graduate of the piano course at the Academy of Music, I would like to take this opportunity to think about Nobuyuki Tsuji’s excellent performance and his playing style.

A concert featuring Nobuyuki Tsujii that I saw at a concert hall in Sydney. All the seats were filled with joy at the symphony orchestra and solo recital.

When I first heard his sound, I was surprised with the light touch as if it was a cembalo sound! It is a gorgeous tone which is not related to the deep bass sound, but I am just impressed by the occasional “horseradish” mood and the sound that echoes far away! And after all, the performance technique is amazing! Not only does he perform skillful works perfectly without any mistakes, but he is also a charismatic person who maintains an outstanding sense of stability and tempo from beginning to end. 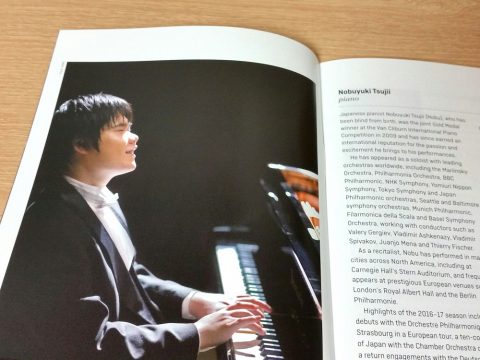 <<La Campanella>> on Tsujii Nobuyuki’s favorite list. As we reported yesterday, the performance at the City Recital Hall concert in response to an audience request was simply overwhelming! Maybe because the tempo was too fast in the last part, there were some parts where there was no sound or there was a meaningless sound, but it was a high performance that I can’t believe I played it after more than an hour of program.

Some people might look at Nobuyuki Tsujii in the category of “a handicapped pianist”, but I was convinced that he was definitely one of the “World-Class Virtuoso Pianist” without a moment’s delay.

a pianist with both skill and sound quality

In addition, Nobuyuki Tsujii’s performances are unusually wide in tone and volume, and I have never heard a performance better than him, especially when it comes to the expression of pianissimo. No matter how small the sound is, the phrase makes mountains or valleys clearly visible. 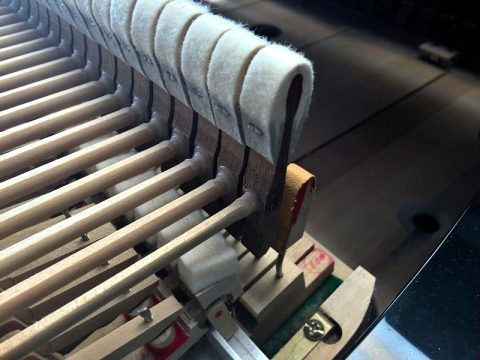 Piano is a musical instrument whose volume is controlled by the keystroke speed of a hammer to strike strings, but if it is too slow, the hammer action swings and the sound does not sound. Even if it rings, the sound will be hoarse and it won’t become music.

In particular, instruments with light keyboards, such as Steinway, are extremely difficult to control, but Tsujii skillfully manipulated them to create a variety of expressions. 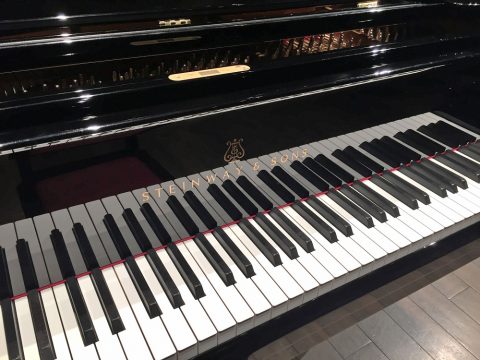 It has a perfect sound design with no momentary deviation, exquisite control, no deviation of several millimeters, and the volume is adjusted in units of 0 comma and several decibels. I feel that it showed the infinite possibility of the instrument called piano which does not feel the limit of hammer action.

Among the world’s Viltuoso pianists, there are many who, even though their mechanics are excellent, only play the keys and make foul sounds, but a pianist like Tsujii who has such a combination of technique and sound quality is truly unique.

The privilege of not being able to see the keys?

When I watch Nobuyuki Tsujii’s performance, I can see him always shaking his head. I think this is the action of listening to the sound carefully, but I predict that his concentration on the sound is extraordinary. The lack of visual information probably prevents unwanted thoughts and allows you to focus more on sound. 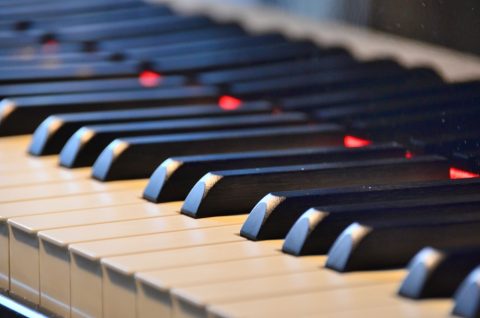 When I was practicing the piano before, I tried to play it with a blindfold, and although I tend to remove the sound when I make my hand jump, I have realized the improvement of the sound quality. It’s not just because you play it carefully, but because it makes you sharper and clearer about the sound you make, that’s why it works.

This experiment made it possible to understand how important it is to listen to the sound when playing the piano, and how visual information can interfere with sound production. 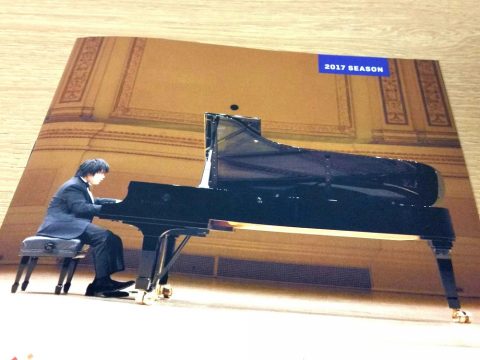 In addition, Nobuyuki Tsujii’s performance shows that he does not take his arms far from the keys, and sometimes plays as if he sticks to them. This is, of course, inferred to be a natural way to keep the invisible keys in place, but it may have worked to enable the above exquisite pianissimo expression.

I think that superb sound control is realized from his playing style. I think Tsujii’s playing style will be a very important model for us who can see.

Growth in the last eight years is clear

I remember when Nobuyuki Tsujii was just becoming famous after winning the Van Cliburn International Piano Competition, when I saw his performance on TV, he was very careful not to lose it. Therefore, I even felt that “The sound is beautiful, but the pianist lacks the power.”.

But the recent performance completely dispelled that concern. He was born again as a pianist who skillfully transmitted the center of gravity of his body to the keys and put weight on them to produce rich sound with a core. After winning the Van Cliburn title in 2009, 8 years have passed, and it goes without saying that he has improved his skills.

However, after listening to Sydney’s performance the other day, I can’t help but feel a little hesitation in interpreting the music. The range of the sound and the control technique were excellent, but there were some parts where it was not clear what kind of idea he had.

Maybe it’s just that I don’t have an ear for understanding it, but I got the impression that “assertion” other than technology and sound quality is somewhat lacking. However, this is a part that will be gradually improved by gaining experience in life in the future, and this impressive performance is already at the age of 28! I’m a little scared of what kind of pianist I’m going to be in the future. 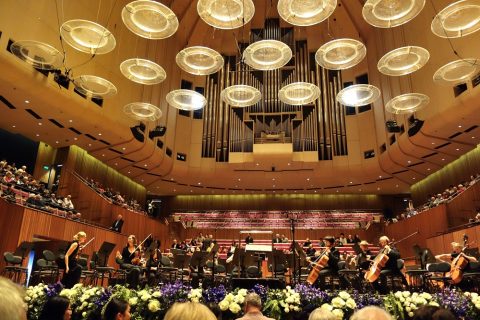 Following Tsujii Nobuyuki’s victory, the Van Cliburn International Piano Competition suddenly became famous. The competition for 2017 has finally started on the 25th of this month, which is once every 4 years, but I can’t wait to see if there will be another talented pianist like Tsujii. I want to pay attention to it.