I would like to introduce the musical “Lion King” that I saw in London.

In Japan, we are familiar with the Shiki Theatre Company’s performances, but we would like to check the Lion King we see in London, England, which is said to be the home of musicals, the contents of the play and the interior of the theater.

In London you can see the Lion King in the West End area “Lysium Theatre”. The area is home to cultural and theatrical facilities and is often compared to New York’s Broadway.

We’ve covered Royal Opera House before, but it’s close by. Although there are many people around here, the roads are narrow and crowded with people and cars. I think it would be good if redevelopment could widen the road, but it might be difficult because there are many historical buildings. 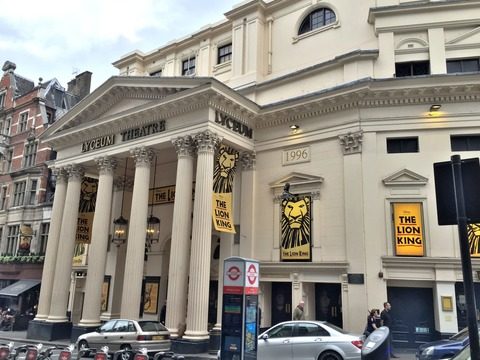 The Lysium Theatre has a long history dating back to 1765, but the current building was renovated in 1996 and has a new look. The performance of Lion King started in 1999, so it’s really a long run performance in 17.

I bought the ticket of this performance from the page of Lion King of LONDON THEATRE DIRECT. 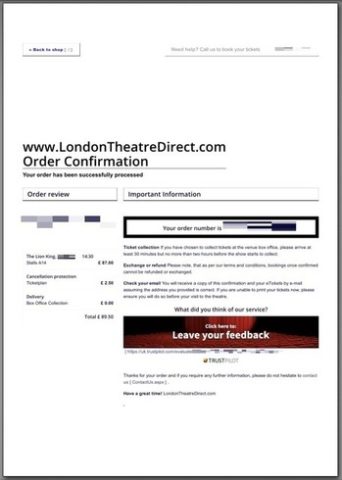 It is easy to operate and you can specify the seat in detail. The ticket was exchanged at the box office, not e-ticket. I will go to the box office 30 minutes before the curtain time with the order number I wrote down when I paid. 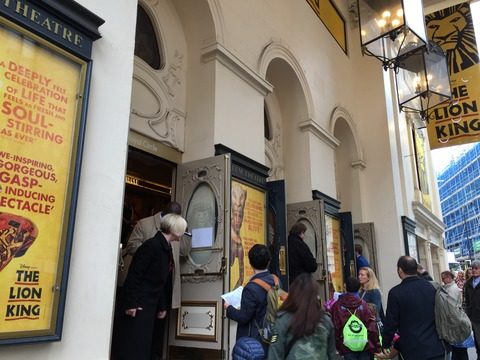 The box office is located on the right side of the front entrance. Without knowing this system, I saw a number of people mistakenly showing a piece of paper with an order number to the ticket checker at the entrance and being prompted to go around. 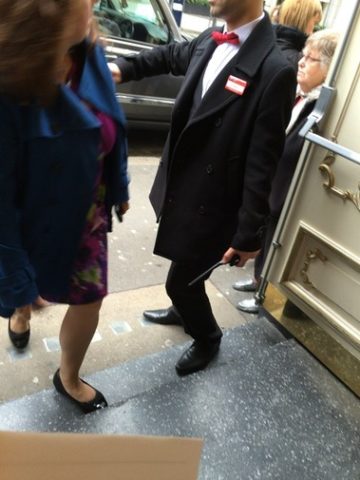 Surprisingly, the only person who can enter the box office is the person who has the ticket exchange certificate. Even his companions were not allowed to enter, and the guards at the entrance were strictly checking. 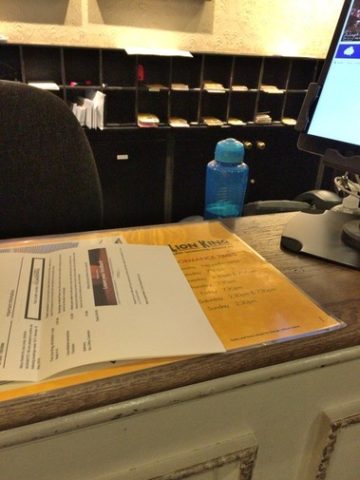 I don’t think such a strict check is necessary just for the ticket exchange, but I wonder what people who want to buy a ticket on the day of …。 do. 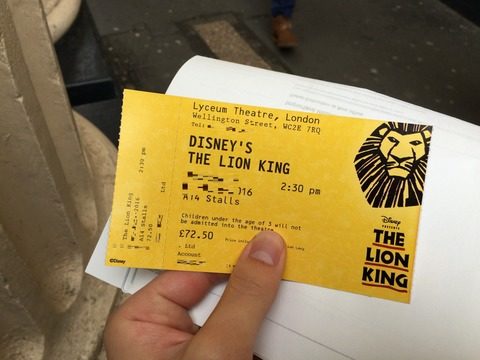 Get the ticket safely! With this, we will finally enter the Lysium Theater.

At the Royal Festival Hall and the Barbican Hall, tickets were not checked until just before entering the seated auditorium, but at the Lysium Theatre, they were already checked at the entrance of the building. 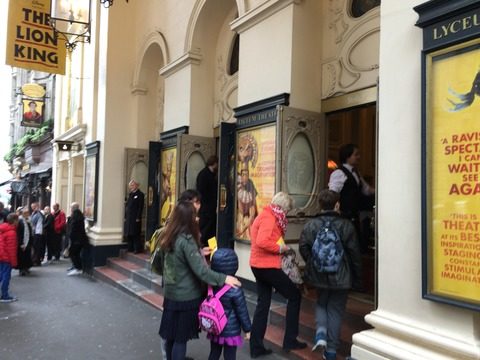 Now that you mention it, Royal Opera House had a check in front of the entrance, so there might be a difference between the “Theatrical arts” concert and the orchestra concert. Certainly, this ticket cost £72.5 even though it is in the 2nd category from the bottom, so it must be different from the orchestra which you can go easily. 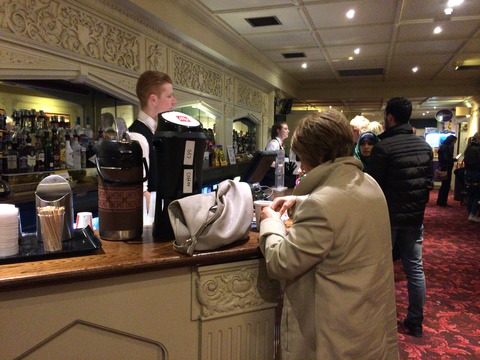 When I went inside, there was a lobby covered with red carpets, and there was a door to the seats. There is no large social space like an opera house, only a slightly widened passageway with a store and bar counter. 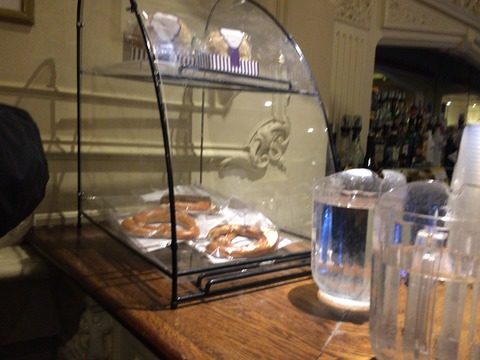 Snacks and drinks were also sold here. There was a disposable cup and water next to it, so I think you can drink water for free. 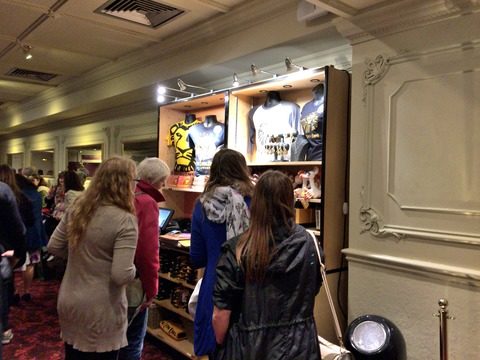 In addition to Lion King goods, a program was sold at the product sales corner. 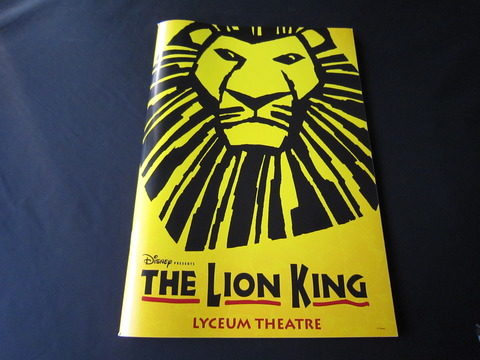 The program costs £5. Another large booklet with pictures was sold for £10 but I won’t buy it as it is inconvenient to take home …。 From the cast to the orchestra members, it is well printed and not sandwiched. The cast’s profile is in black and white with photos and is included in the main cast as well as the extra cast. 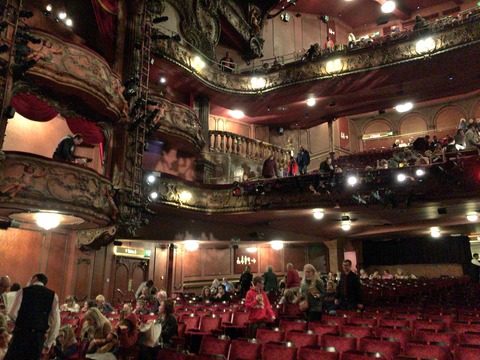 If you look up, it seems that there are seats up to the third floor. If you look at only the 1st floor seats, it is compact, but this theater boasts 2000 seats. The seating capacity of 2000 is almost the same as that of the Tokyo Arts Theatre in Ikebukuro, so you can see how many people can fit in.

be crowded with people with children

This is a matinee performance on weekdays. Probably because of that, the venue was crowded with people with children. It was so many that I thought … with many children or most of them were with children. 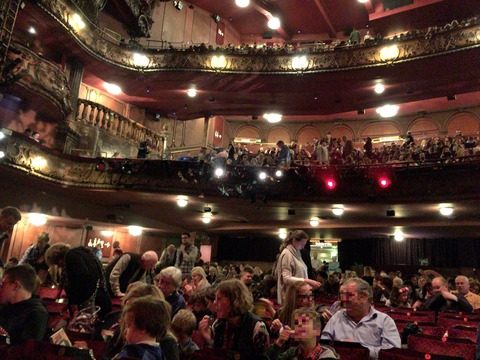 Both sides of my seat were with children, and they were small enough to start talking, and their parents were warning them many times because their legs were fluttering. (I’ve been kicked a few times, too, but I love you.)

I could hear the children’s voices to some extent during the performance, but there were no children who made noise, so it was nothing to worry about. Well, it’s not like a classical concert, so you don’t have to worry about bringing small children.

My seat was in the front row …。 and I decided to watch The Lion King just before I left for my trip so there were no reasonable seats available and it was in the 2nd category from the bottom. 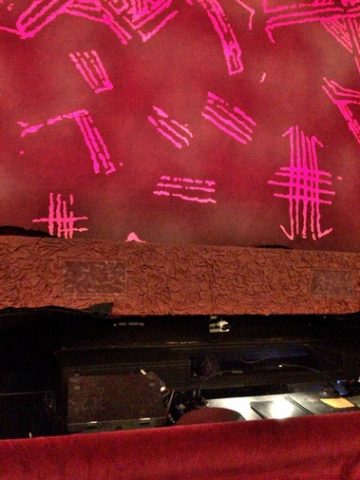 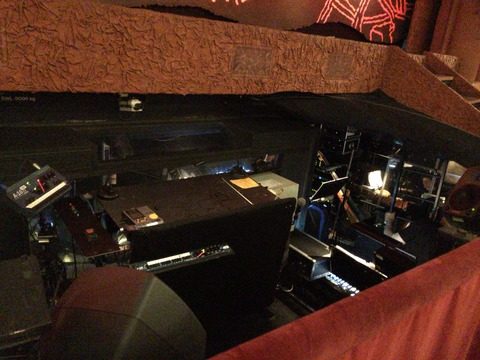 As for the stage set, I certainly felt the high quality, but I felt it was not inferior to the Shiki Theatre Company in Japan. I think the level of Japan is that high. When I saw The Lion King in Hamamatsucho a few years ago, there was a strange phenomenon that the “Don’t worry.” caused laughter, but maybe it’s not necessary to go and see a foreign performance where the language is hard to understand. 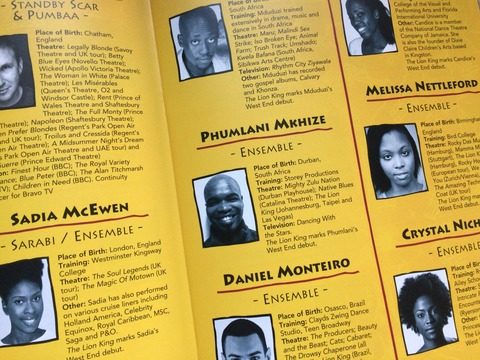 However, I felt that more realistic scenes of savannas were reproduced in the London performance with many African cast. The quality of this area is better than that of Japan. 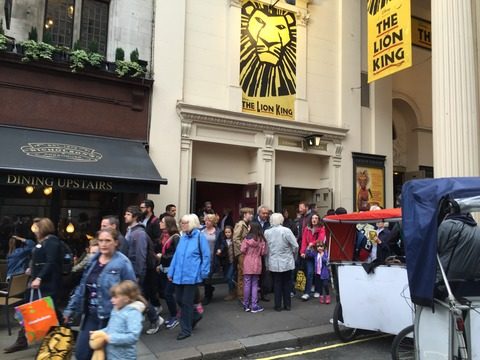 See The Lion King in London, the home of musicals. I was moved by the high level set and the play of the cast, but it was an experience that made me realize the high level of Japan.