This is JAL business class in-flight meal report from Hanoi Noi Bai International Airport to Narita Airport. Probably because it was a short-distance flight, it was a simple breakfast that was hard to believe it was business class, but when I ate the fruits in it, I had a stomachache immediately and ran into the toilet!

This time, I would like to explain about the in-flight meal between Hanoi and Narita and the service contents of JAL business class.

From Hanoi to Narita Sky- Suite 787

The flight this time is for Narita, departing Hanoi at 0:25. B787-8 Sky-Suite piece of equipment for a short flight. 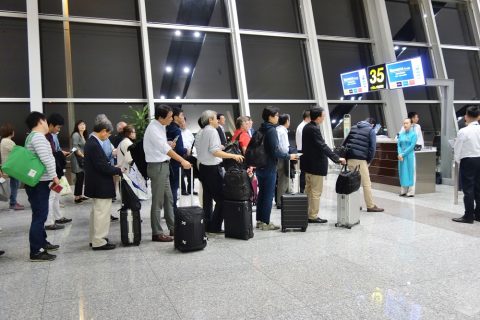 The capacity of this flight is 161 people (at full capacity), so 1 out of 10 people is the highest class member. I also reached the premiere this year, but the advanced members are not rare. 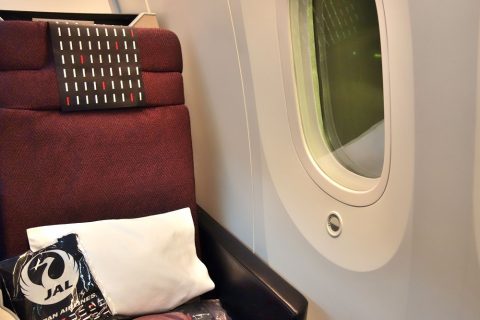 I chose the window seat 3A as usual. The window side of Sky-Suite is almost completely private, so it’s perfect for late-night flights! This sheet is described in detail in the article on the way → the cost performance is excellent! JAL Sky-Suite Low Cost Business Class (Narita – Hanoi boarding record) 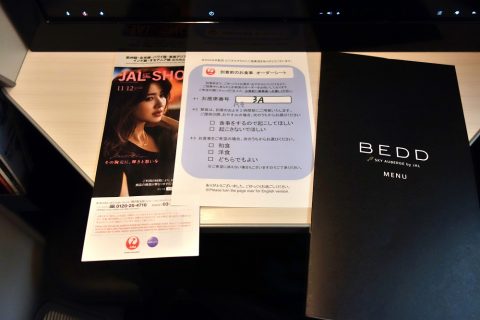 By the way, this flight is a late night flight, so you are asked whether you want to have breakfast or not. I usually don’t eat breakfast at all, but this time I have a report on the taste, so I decided to have it.

It says “two hours before arrival”, but I wanted to sleep until the last minute, so I told CA who came to greet me, “One hour before arrival, please.”. 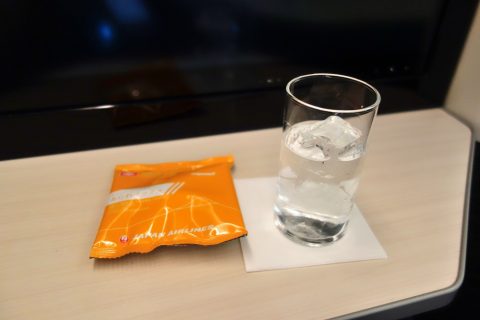 After the take-off, the first drink service was provided, but what was served with the drink was unexpected “Arare Mix”! Isn’t this the same as economy class?

I wouldn’t say it’s warm, but I would like to have at least the spirit to prepare a higher grade dried food. … 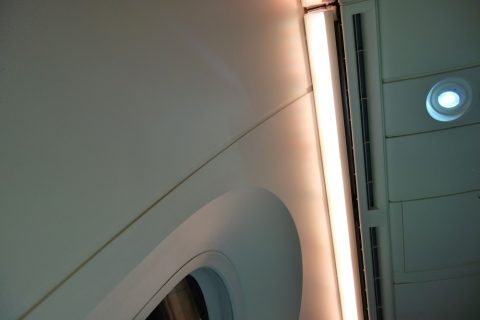 It takes about four and a half hours to Narita. It took about an hour after takeoff to turn off the lights, even though there was almost no time to sleep. If breakfast is 2 hours before landing, the lights-out time is only 1 hour and a half. 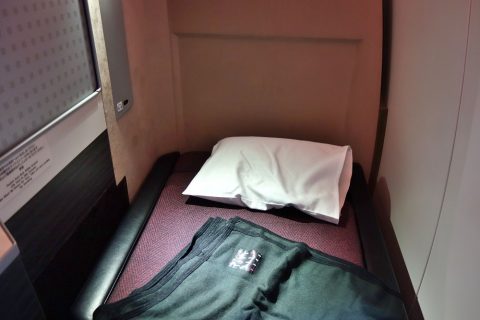 But this time around, it’s Sky-Suite I. It’s a very good environment to sleep in, but as expected, I couldn’t sleep in an hour and a half or 2 hours, so I just ended up dozing off …

What’s more, CA woke me up 1:20 before I arrived! At this moment, how regrettable the 20 minute flying is! 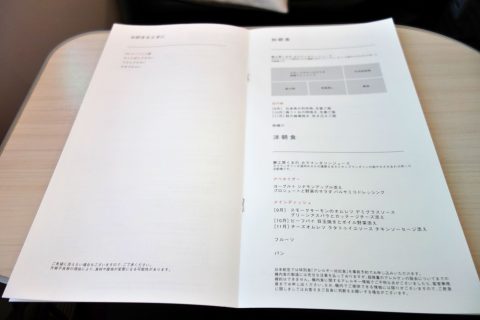 There are 2 types of breakfast menu, “Japanese breakfast” and “Western breakfast”. There is no a la carte menu, other than cup noodles. The drink menu includes champagne, wine and soft drinks regardless of day or night. 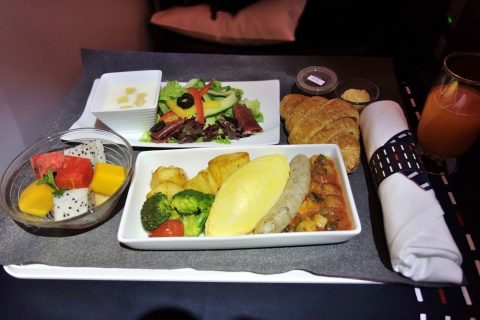 Here is the Western breakfast I ordered. Like economy class, all the dishes were served on one plate, but it seems that there are 3 courses such as appetizer, main, bread and fruit. 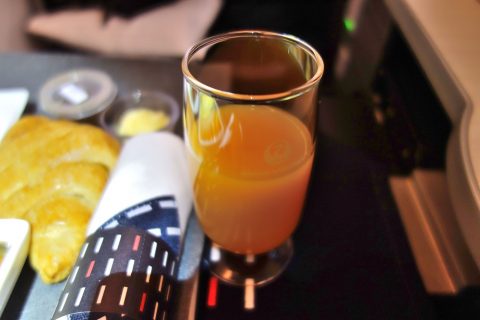 Also, there is “Yumekobo Bear Karamandarin Juice” which is a common menu of Japanese and Western dishes, and this is very delicious! I could feel the rich sweetness of the orange, and it was a delicious juice with a refreshing aftertaste!

None of the breakfast tastes good … 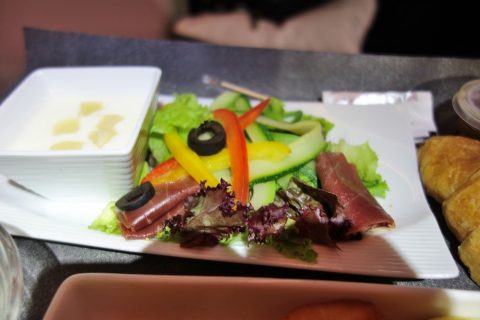 The appetizer is “Yogurt Cinnamon with Apple, Prosciutto and Vegetable Salad”. There are about 3 prosciutto (Italian prosciutto), which are salty but not very flavorful. 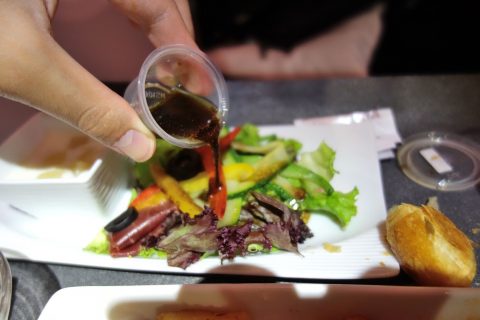 The balsamic dressing has a bland taste, but it is very oily, so I thought it might not be suitable for breakfast, so I did not put it on … bread, and this was a little negative. 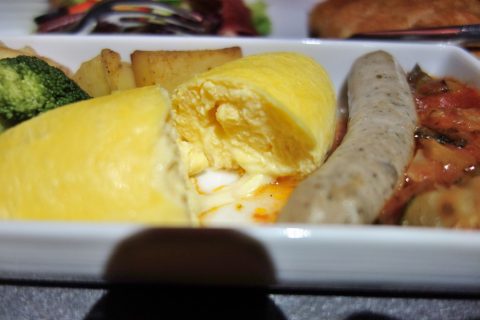 And the main one is “Cheese omelet with ratatouille sauce chicken sausage”. The omelet doesn’t taste bad, but the eggs are pretty hard.

I used to have a trot omelet in economy class, but I couldn’t eat this. 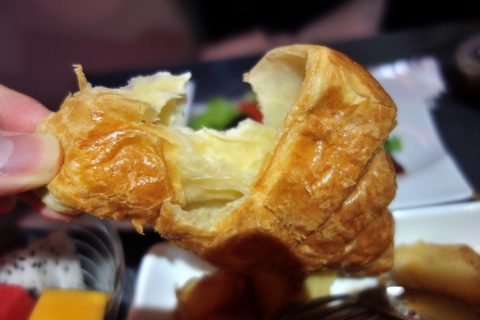 As for bread, there is only one cold croissant. I wonder if I can’t expect JAL to deliver bread in a basket with a fragrant smell … 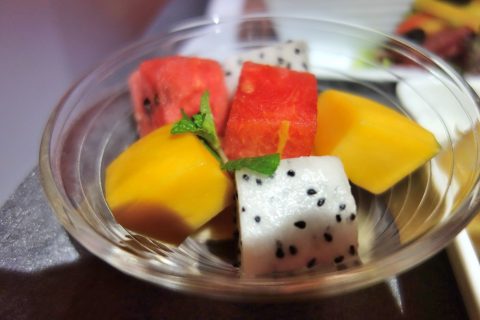 Fruit platter for dessert. Mangos, watermelons, melons, and white pebbles are dragon fruits. The mango doesn’t have a bad smell, and when I saw the dragon fruit in it, I thought it was a flight from a tropical country.

I had a stomachache immediately … 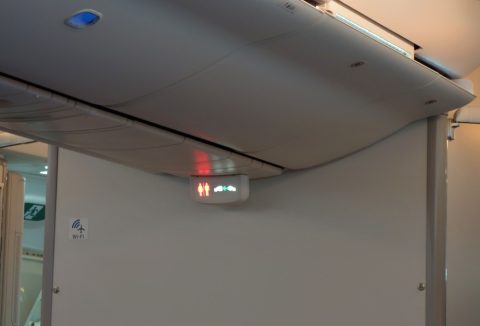 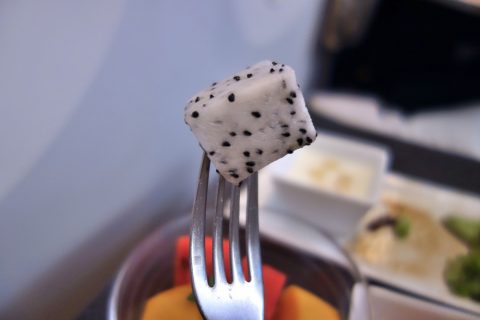 Perhaps the cause is this dragon fruit. This tropical fruit is full of nutrition, but some people say it’s easy to get hungry. In the past, when I ate dragon fruit on a Malaysian airline’s in-flight meal, there was nothing, so I thought it was cool this time as well, but it was sweet …

Is this business class … 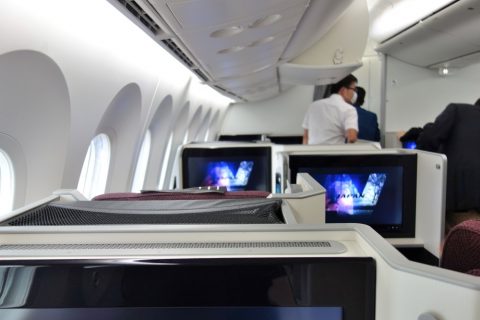 So, I took JAL business class from Hanoi to Narita, and it was just as I expected for better or worse. The Sky-Suite seats are good, but I have to say that the service is at the second level and the satisfaction is quite low.

Even if it was my own problem that I had an upset stomach, I couldn’t possibly be satisfied with that in-flight meal. I think it’s the best part of business class if there is a performance of + α. This time I got on with a discount fare of JAL package, but I can’t imagine paying a regular fare for this. 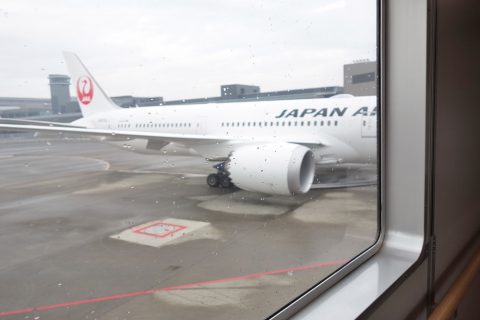 This is Lufthansa business class from Barcelona to Frankfu...